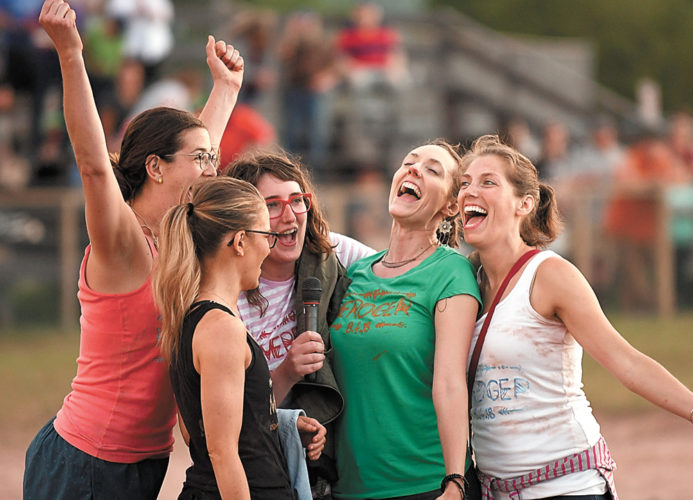 Fun in the sun

TUPPER LAKE — For the past three years, rain played a big, and an unwelcome role in the annual Tupper Lake Woodsmen’s Days. But last weekend, only wonderful weather greeted the event, and as a result, larger crowds turned out for an enjoyable weekend of fun in the sun. The event ... 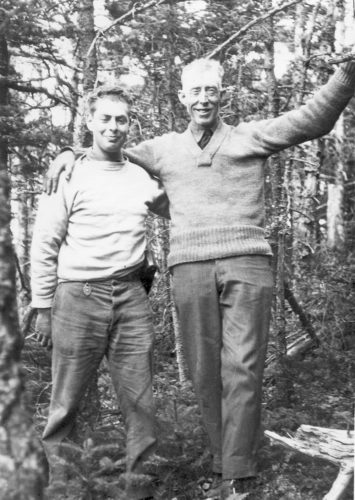 SARANAC LAKE — Doing anything consistently for a century is usually cause for celebration, and with the anniversary of an Aug. 1, 1918, hike just around the corner, the Adirondack 46ers are throwing a party. On Aug. 1 a hundred years ago, a trio of hikers climbed Whiteface Mountain in ... 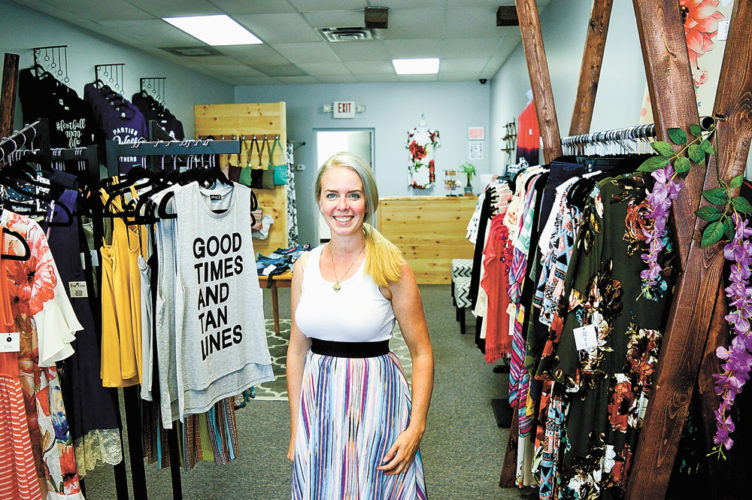 Tupper Lakers on the rise

TUPPER LAKE — Driving around the streets of Tupper Lake, one can see new storefronts popping up each month, with local entrepreneurs introducing new industries or filling gaps in the current economy. These businesses are not just surviving, they are growing. Places like Raquette River ... 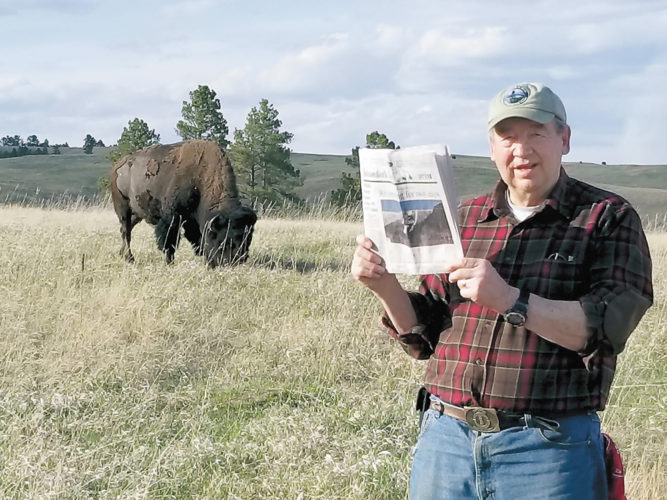 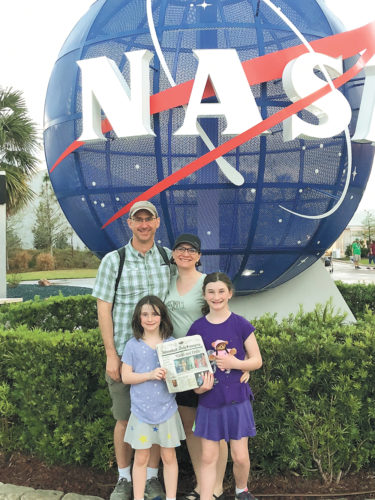 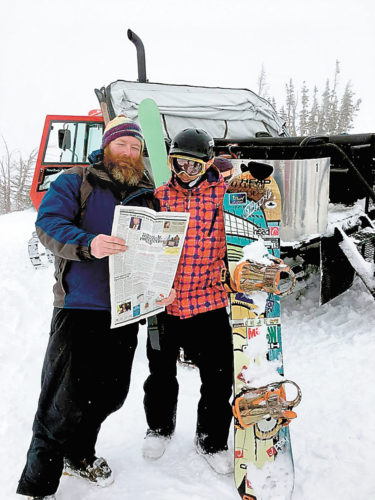 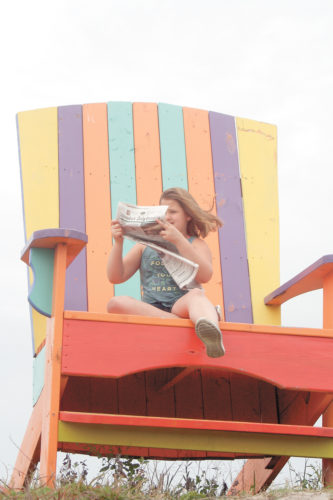 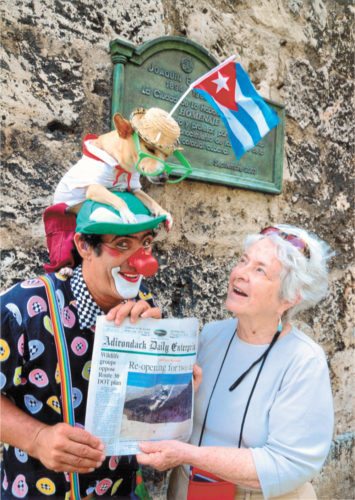 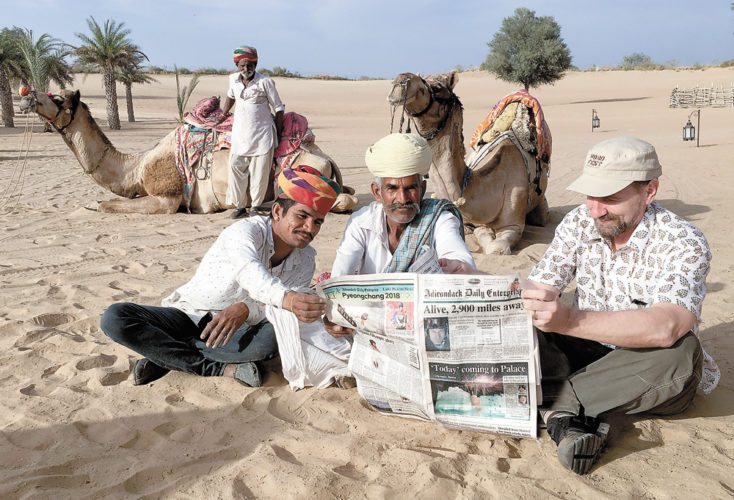 The 2018 Vacation Photo Contest was judged by the Adirondack Daily Enterprise staff, based on originality, locale and photo quality. Prizes will be awarded to the winners. 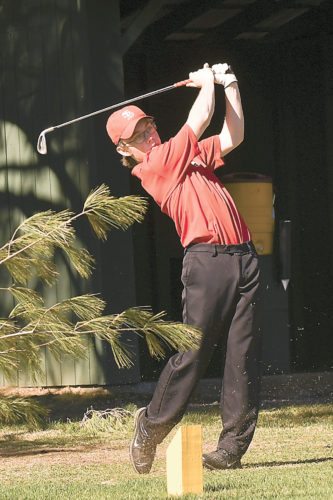 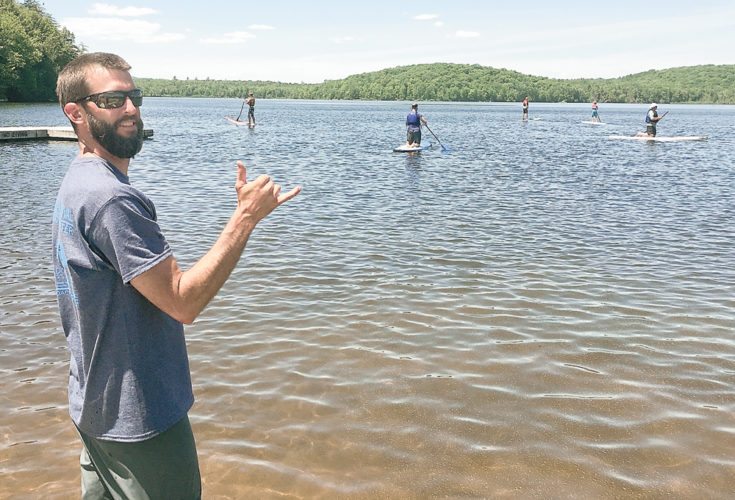 SARANAC LAKE — Entering its third year, the month-long Celebrate Paddling ADK festival is boasting a much-expanded menu of canoe, kayak, guideboat and stand-up paddle board activities. With an eye on hosting a paddling-related event every day in the month of June, the partners — ... 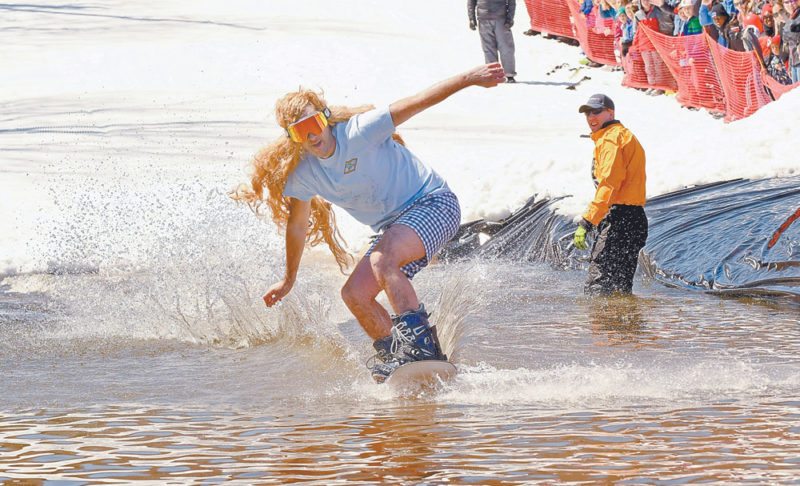 WILMINGTON — After being postponed twice earlier in April due to unfavorable weather conditions, the annual International Pond Skimming contest was held Saturday, April 21 at the Whiteface Mountain Ski Center. And with the warm, sunny weather, came hundreds of smiling faces worn by ... 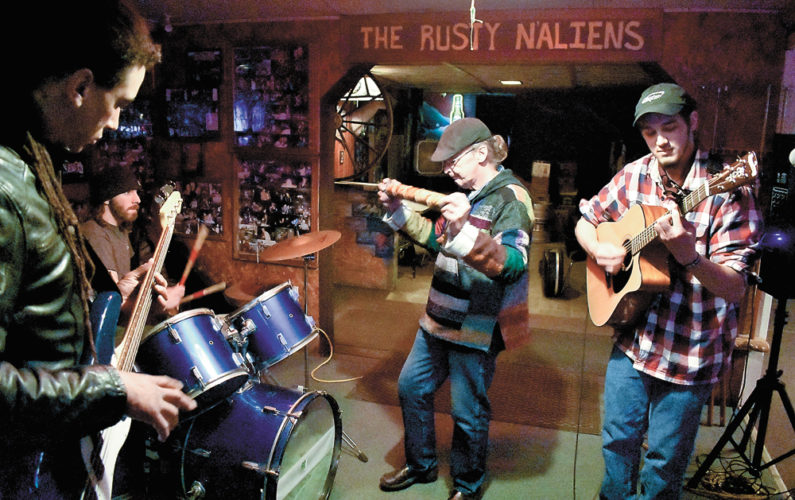 Settling in with an open mic

The first time I performed at an open mic night was when I was attending Plattsburgh State University. The song I chose was “Elephant Gun” by Beirut, and I was going to play it on ukulele. It was a white Makala brand soprano uke with a little dolphin-shaped bridge. I had practiced the ... 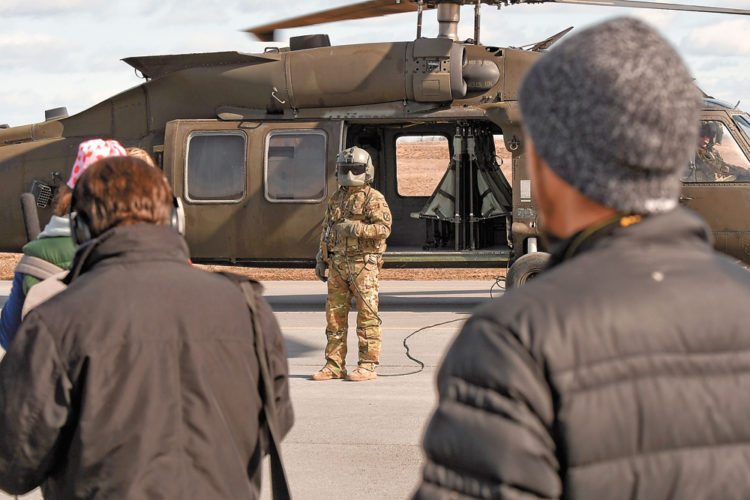 FORT DRUM — People in the North Country may have noticed some low-flying helicopters in the skies during the past week. They may have also come across army convoys traveling the area roads. If that’s the case, it’s all part of the 10th Mountain Division Combat Aviation Brigade’s ... 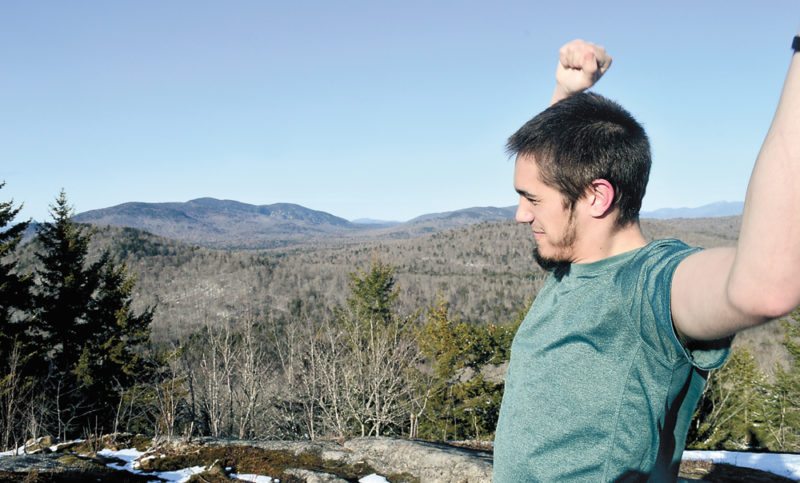 When I moved to the Adirondacks last July I came for two reasons: a reporting position here at the Enterprise and the chance to enjoy the outdoors like I never had before. I grew up in the suburbs of Henrietta, just outside the city of Rochester in Western New York. Though my family went ... 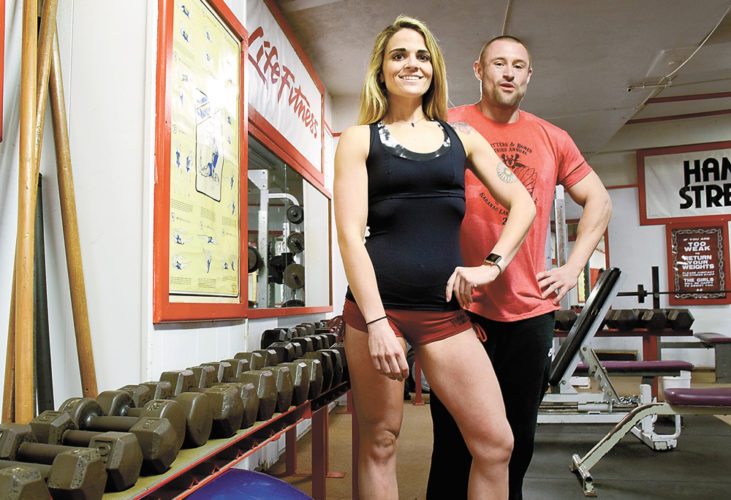 SARANAC LAKE — Two local people want to apologize in advance if they’ve been short tempered lately. You see, it’s their diet. Trevor Rock and Ashley Pittman are on stricter diets than most people seeking to lose weight due to a pair of appearances they will be making at bodybuilding ... 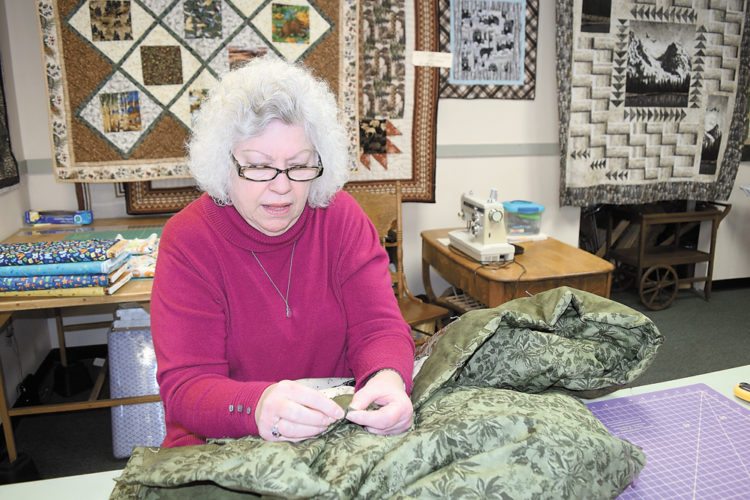 New quilters on the block

SARANAC LAKE — Their heads are bowed and their thumbs are moving, but they’re not looking at their phones. Quilters in the Tri-Lakes region are part of a national resurgence of a traditional craft, which owes some of its current popularity to the pros and cons of the computer age. ... 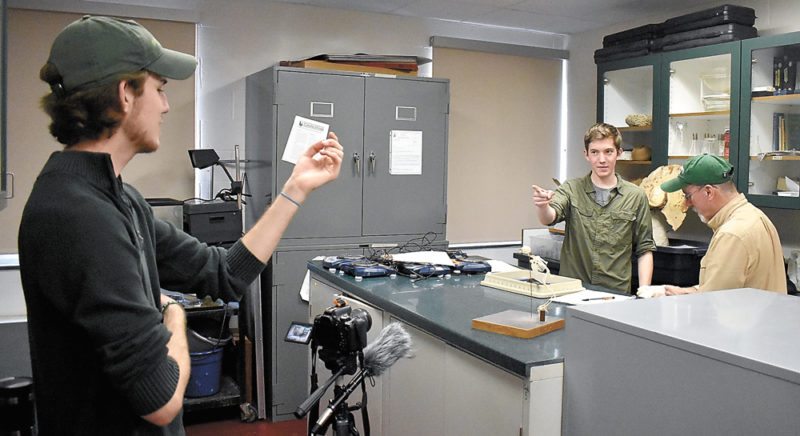 Planet-saving one scene at a time

PAUL SMITHS — The Justice League just got done defending the Earth from alien invader Steppenwolf, and the Avengers will battle the mad titan Thanos this May. This is all in movies, of course. But in a world where 16,306 animals are on the endangered species list and sea levels rise at a ... 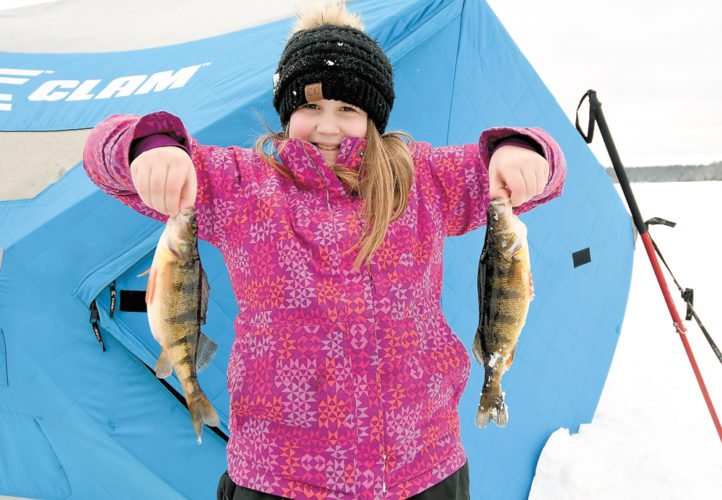 SARANAC LAKE — A year ago, below zero temperatures and driving winds were prevalent during the annual Colby Classic ice fishing derby, which most likely lessened the number of competitors who braved the weather for the two-day event. Last weekend provided much better conditions for the ... 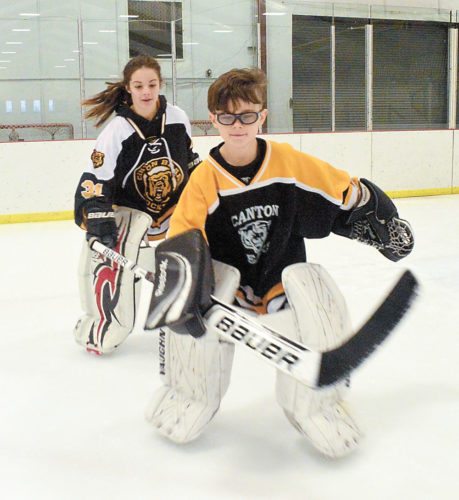 While the majority of children in the North Country, and around the country, are educated through public and private schools, many families choose to take education into their own hands and teach at home. Homeschooling is a growing trend in the United States, with 2.3 million children ...