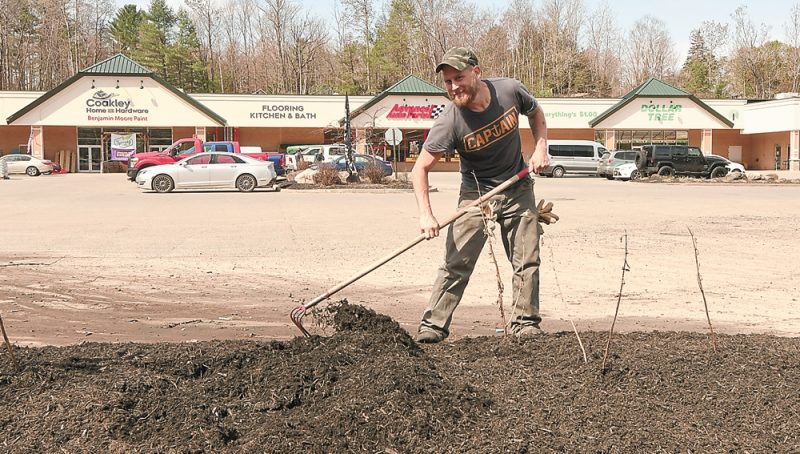 SARANAC LAKE — Spring is here, and it’s time to spruce up and get some work done in the great outdoors. Shovels, brooms, rakes, backpack blowers, wheelbarrows and even jackhammers were some the tools of the trade in these photos of people taking advantage of wonderful weather this ... 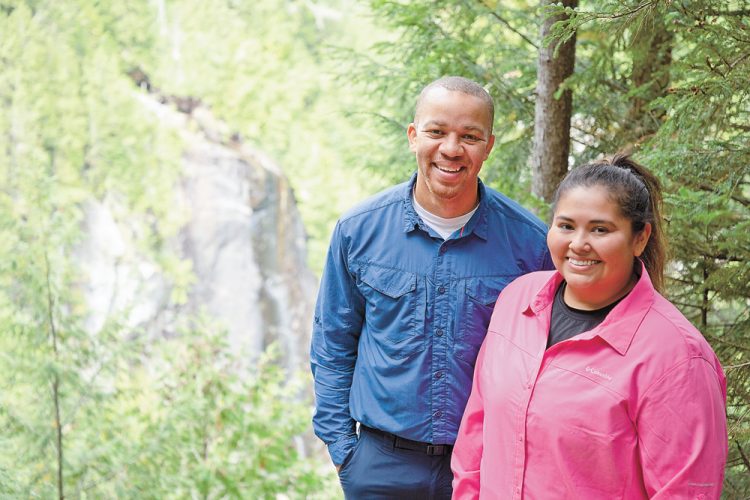 Diversity in the North Country

Every New Yorker funds the protection and maintenance of the Adirondack Park, but not all New Yorkers enjoy it, particularly people of color. Two black authors who have written about their experiences growing up in the North Country tell different stories of inclusion, community and ... 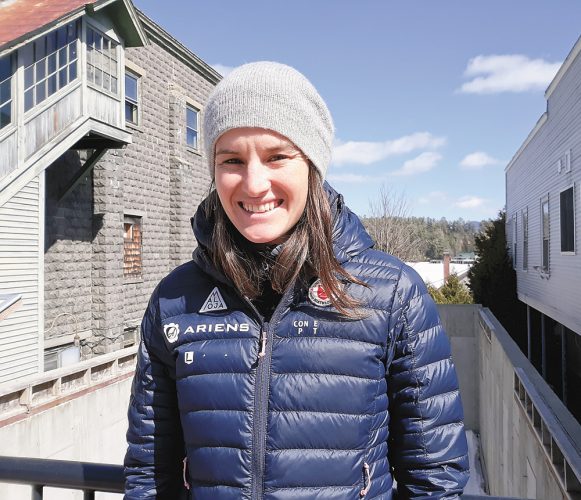 Egan not quite ready to retire

LAKE PLACID — A year ago, Lake Placid-based biathlete Clare Egan was getting ready for one more World Cup season before hanging up her skis and rifle at the age of 31. But after claiming her first podium and finishing the season ranked 18th in the world, Egan has changed her tune and is ... 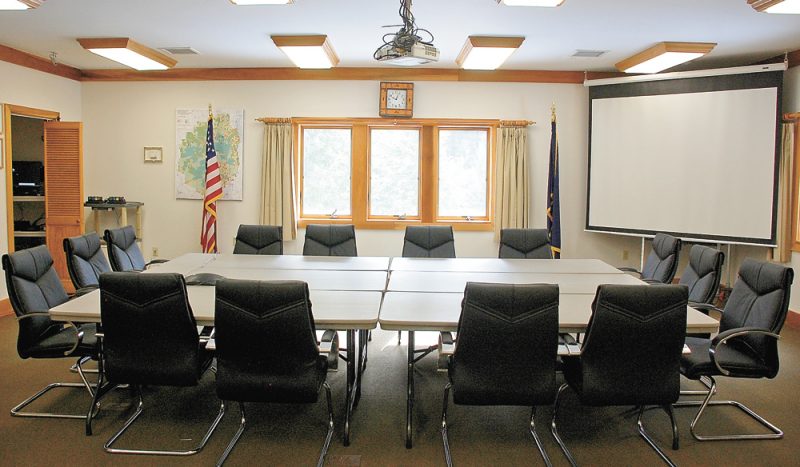 APA board in transition

RAY BROOK — Gov. Andrew Cuomo could potentially reshape the state Adirondack Park Agency for years to come this summer. With seven appointments to the APA board up in the air, Adirondack environmental groups see potential in so many open seats, but also said the current makeup of the ... 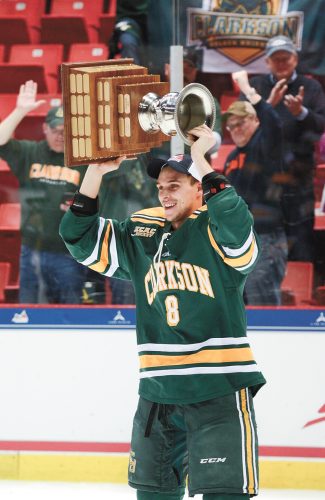 LAKE PLACID — Saturday, March 23 was one great night for the Clarkson Golden Knights. It had been a dozen years since the Clarkson men’s hockey team last captured the ECAC postseason title, and that tough stretch came to an end at the Olympic Center in Lake Placid as the Golden Knights ... 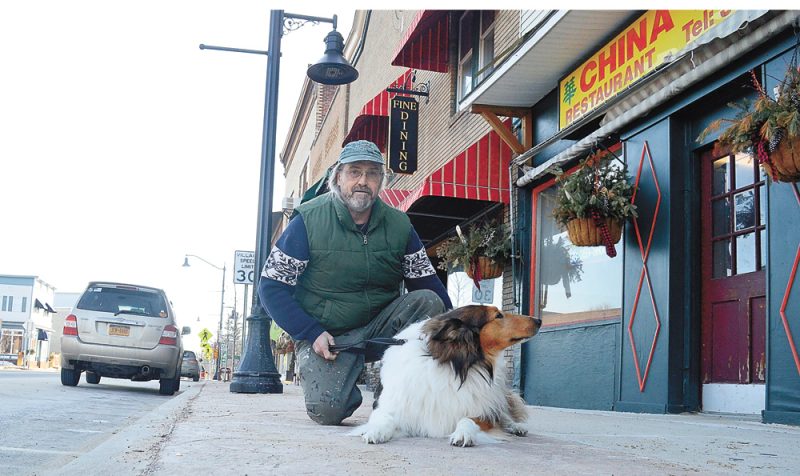 Wading through the red tape

TUPPER LAKE — There’s a saying: “The wheels of government turn slow,” basically meaning that if you want to get anything done through the government, it’s going to take a while. But in Tupper Lake, a group of people has discovered that through persistence, those wheels can be ... 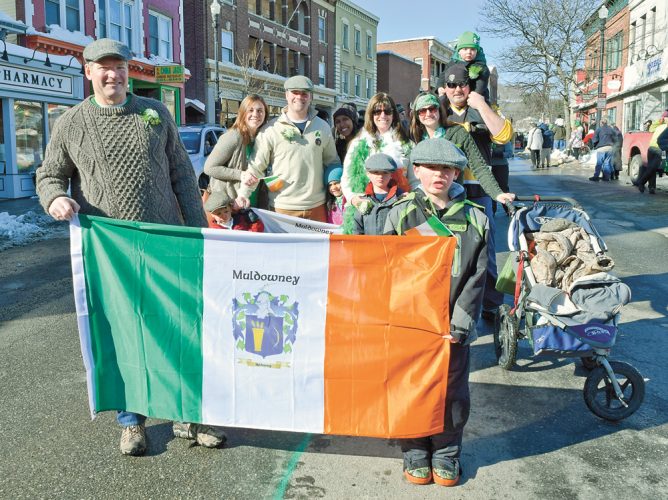 From old country to North Country

I grew up in Pearl River, a suburb outside of New York City where the population is mainly of Irish heritage or off the boat. It’s the type of town where all the little girls know how to step dance and everybody’s grandmother is tied for best soda bread around (still doesn’t top my ... 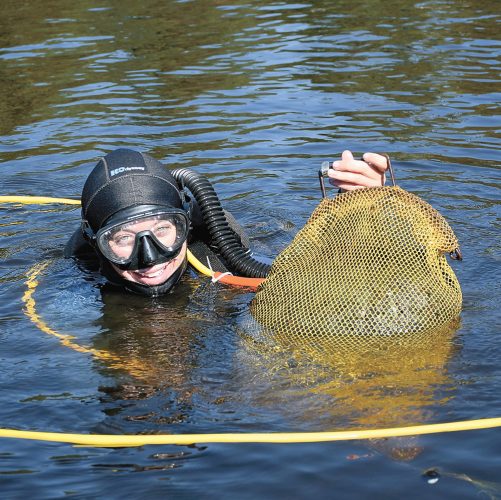 In late 2018, the Lake Placid News conducted a poll of more than a half-dozen groups, including two state agencies, on what the biggest threats to the Adirondack Park are. After tallying responses, the News determined invasive species, climate change, pollution, lack of funding and staff ... 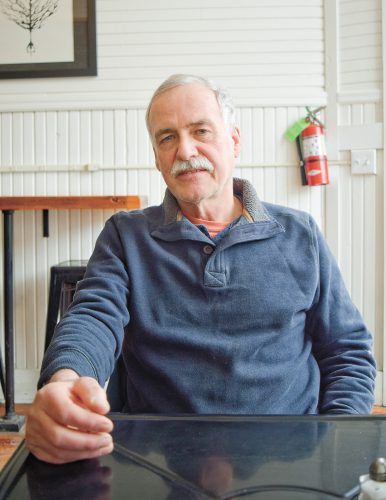 SARANAC LAKE — Over the last 36 years the Winter Carnival fireworks shows have changed, but the man behind them has not. His name is Peter Henry, he lives in Rainbow Lake, and he’s been working with fireworks since he was a kid. “Fireworks are something to be enjoyed by young ... 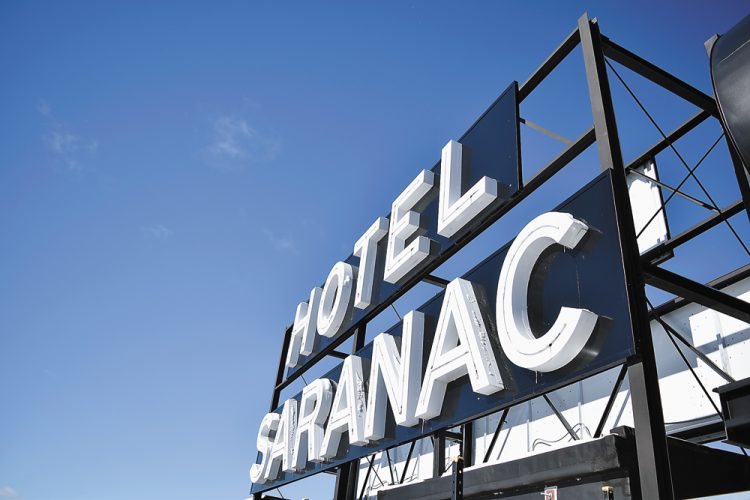 Climbing back to grandeur

SARANAC LAKE — What were once 100 rooms are now 82, but it’s still as regal, as oblong, built to its European plan at six stories, and as fireproof as first advertised in 1927. The Hotel Saranac has been open and operating under new ownership now for a full year, and it is doing well, ... 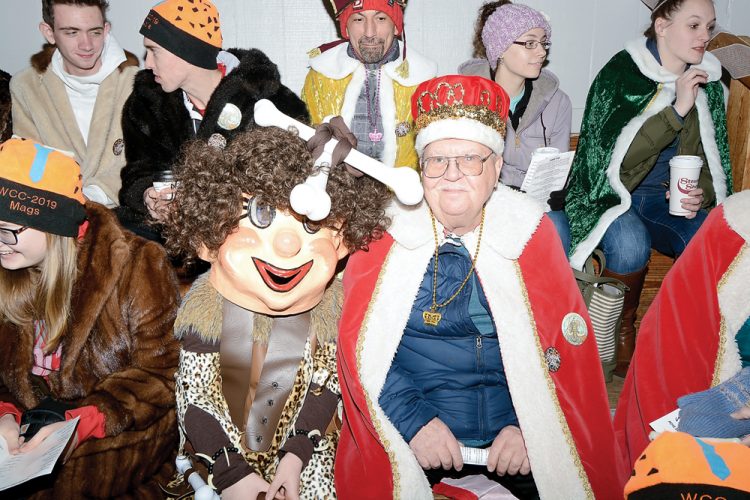 The 110th Saranac Lake Winter Carnival has come and gone, and by all accounts, the traditional event was another wonderful success. Perhaps the biggest, as well as the only flop that may have been associated with this year’s Carnival couldn’t be controlled. It was the warm, rainy, sleety ... 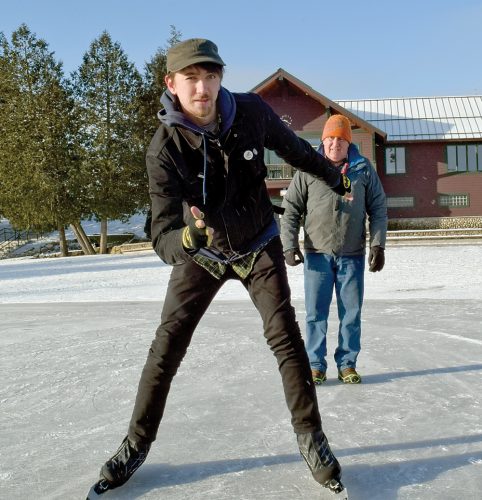 Gliding into a new sport

LAKE PLACID — I fell. After a good half-hour of ice skating, I was only a couple hundred feet away from the shores of Mirror Lake when I bailed and busted my knee. My partner in crime, Jesse Adcock, took photos as I gripped my leg and winced in pain. With that out of the way, ...

Fishing for an answer

TUPPER LAKE — “Why are we here?” It’s one of the essential mysteries of life, a question facing everyone from time to time. I asked myself this while sitting out on an icy pond on a cold Sunday morning. The official answer was to fish for smelt. The reality was the wind ... 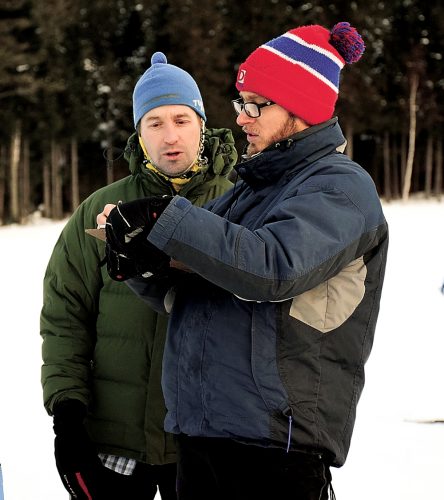 Making of a Nordic juggernaut

The Lake Placid high school Nordic ski team has won four straight state titles, undoubtedly making a dynasty over the past few years. But the Blue Bombers’ main rival — Saranac Lake — is on the upswing and could be poised to break the Lake Placid hold on state championships. Saranac ... 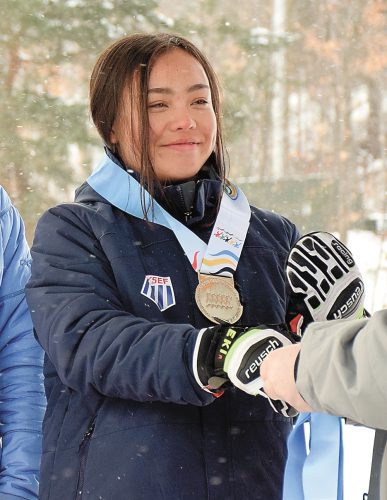 Faces of the Games 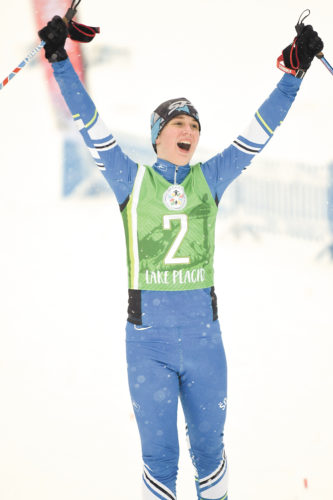 Fun and Games in Lake Placid 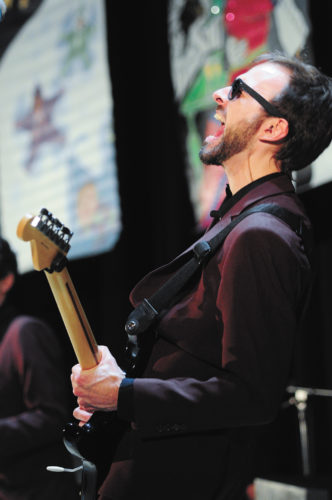 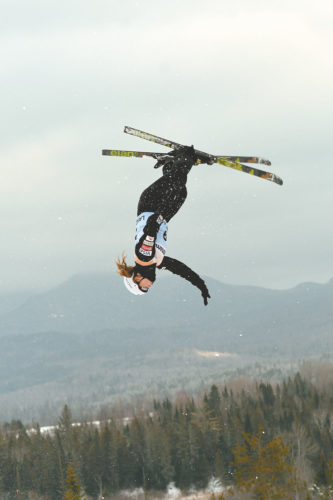 Looking back on the year in sports

SARANAC LAKE — Another winter sports season is upon us, but as this season begins, the year ends. And at the end of the year, we like to look back at the sports photos we’ve taken over the last 12 months. Local teams and athletes earned a few state championships this year, and the ... 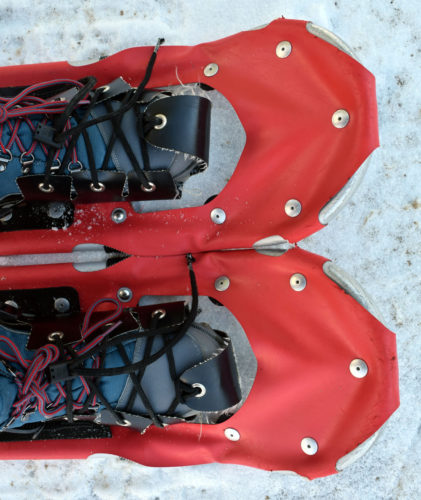 I inherited a couple of chronic ingrown big toenails. In the case of footwear of any kind — I’d rather not. But these red snowshoes I’ve just laced up make me feel big and ugly. The other car at the Catamount Mountain trailhead has Quebec plates. The other feet have beat trenches ... 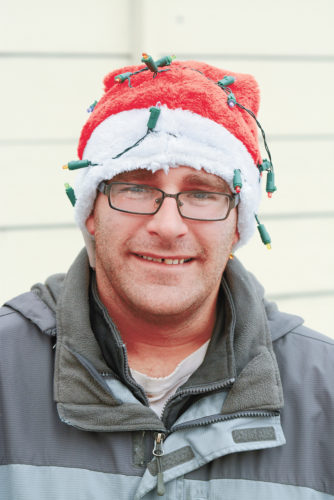 When it’s winter in the North Country, you have to keep your noggin warm. We’ll be seeing all types of hats, hoods and other forms of fashionable and functional headgear for the next several months. The following photos are a sampling of what people were wearing in Lake Placid and ...