An Airbnb haven in Jay 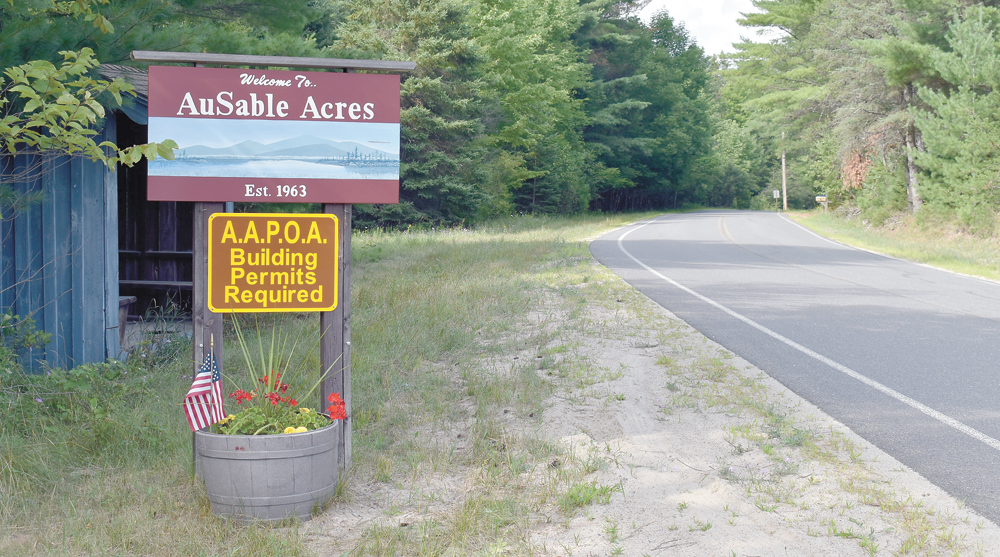 Since the second quarter of 2016, the number of active short-term rental listings in the town of Jay has more than tripled, from 26 then to at least 79 active listings as of Tuesday, according to AirDNA, an online platform that aggregates data from rental sites.

More than 51% of those rentals, including seven of the 12 highest-grossing properties in Jay, list addresses in AuSable Acres.

As controversy over short-term vacation rentals roils Lake Placid less than 20 miles away, the number of rentals here has gone largely unnoticed, according to members of the homeowners’ association. 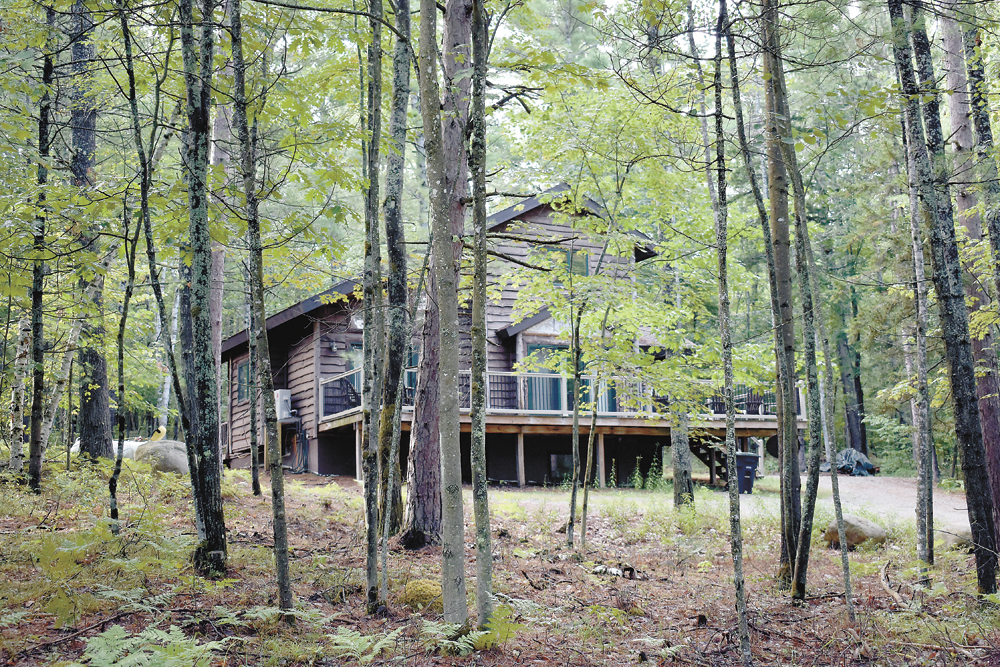 This home on Seneca Trail, which has a capacity of 10 people, is one of the more popular short-term rentals in the town of Jay. (Enterprise photo — Elizabeth Izzo)

Where the Olympic Village has a mix of commercial, residential, recreational and other properties in a few square miles, the strictly residential AuSable Acres can absorb the influx of short-term rentals much more easily.

Knut Sauer, vice president of the AuSable Acres Property Owners’ Association and a candidate for Jay Town Council, has lived in the Acres for more than a decade. He said in the last 11 years, he’s noticed some shift in the demographics.

Rather than seeing fewer long-term residents here, there seem to be more young families with children, he said. 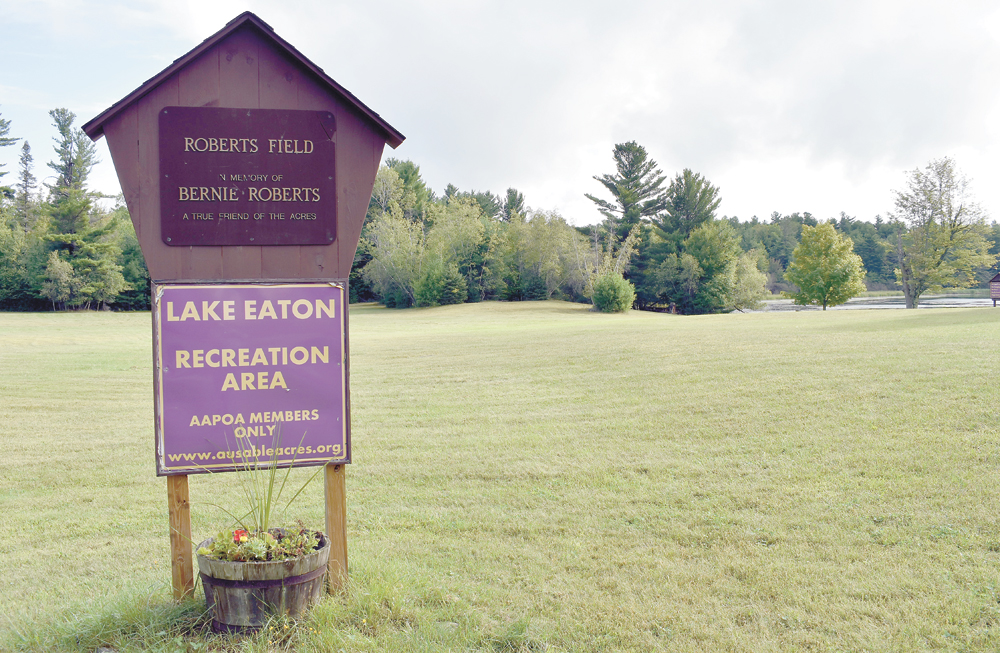 AuSable Acres has private amenities for its residents, including a trail network, a man-made lake, tennis courts, a basketball court, a playground and a pavillion. (Enterprise photo — Elizabeth Izzo)

“We’re looking into revitalizing the playground at the park,” Sauer noted, pointing to an aging jungle gym on the shore of Lake Eaton. Every so often, a child’s voice echoed across the field to the pavilion where he sat.

The number of homes has increased from around 360 in 2009, according to the Lake Placid News, to between 400 and 450 homes this year, according to Peter DeFina, a part-time resident and president of the AAPOA.

Sauer said the acres has a mix of both Canadian and American second-homeowners, vacation houses and long-term residents like him.

“It’s really a nice community. A lot of people outside the Acres feel it’s snobbish, but it’s the complete opposite,” he said. “We help and look after each other.

“It’s a lot of like-minded people. You say hello here. If you don’t, they get mad.” 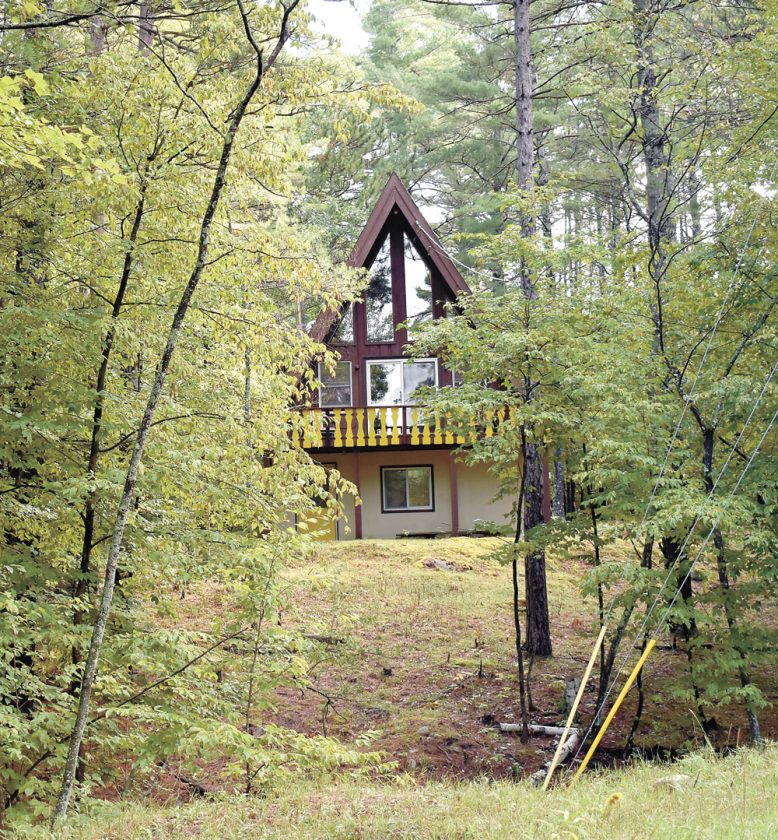 AuSable Acres has a mix of long-term residents, second homeowners and renters. All of the houses built here must adhere to a specific set of architectural and placement guidelines. A-frame buildings like this one are common in the development. (Enterprise photo — Elizabeth Izzo)

Sauer believes the reason short-term rentals aren’t a problem is that rental owners here make less money, property owners are “more conscientious” and “more responsible,” and visitors who are attracted to the rural town of Jay are generally looking for a more peaceful atmosphere than those in Lake Placid.

Complaints have been minimal, according to DeFina.

“Some people are worried about the noise,” Sauer said. He shrugged. “It hasn’t been a problem, looking at property values and rent.”

DeFina said over the years, noise complaints that do come are typically during the summer months, when people are outside enjoying the warm weather.

“Over the years, I have heard either directly or indirectly from a few people regarding noise concerns — and not always regarding short term rentals,” he said. 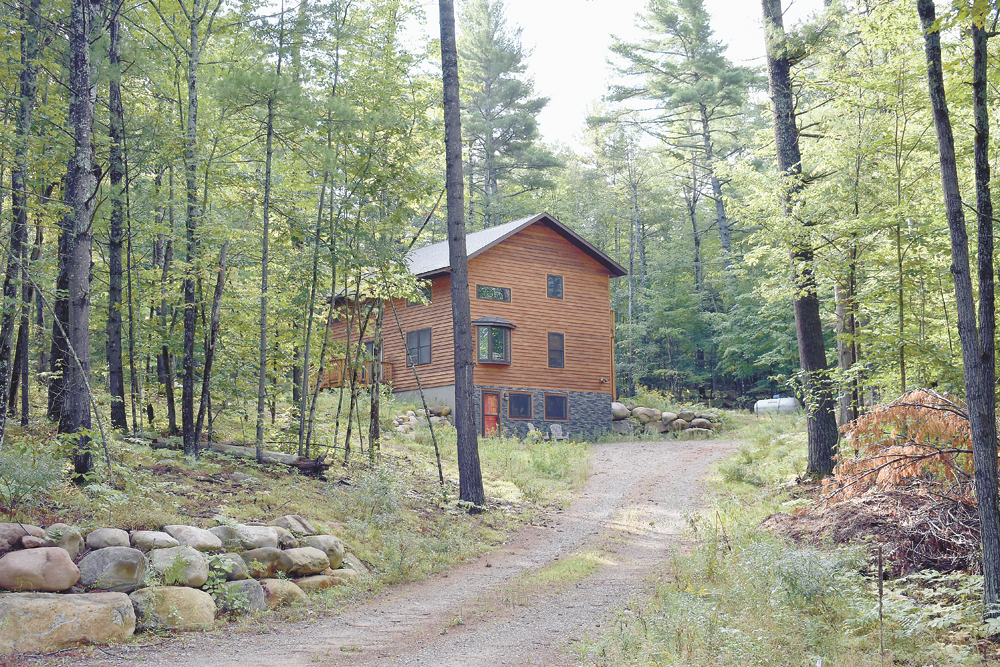 AuSable Acres has a mix of long-term residents, second homeowners and renters. All of the houses built here must adhere to a specific set of architectural and placement guidelines. (Enterprise photo — Elizabeth Izzo)

Sauer and DeFina would not identify those who filed noise complaints, and attempts to find them were unsuccessful.

Sauer and DeFina are working together to address noise concerns before they become more prevalent. They’ve drafted a revised noise ordinance that includes measurable acceptable decibel levels, which they hope the town board will eventually adopt.

“I don’t want to underplay the potential for problems,” DeFina said.

In Lake Placid, concerns over the number of short-term rentals, particularly the increasing number in traditionally residential areas, have continued to mount for more than a decade.

In the past, some full- and part-time residents have expressed concerns about noise pollution in their neighborhoods as a result of the short-term rental properties; vaulting property values that result in higher taxes and fewer families being able to purchase a home here; the impact vacation rentals may be having on the long-term rental market; the overcrowding of small, narrow side streets as rentals sometimes draw a greater number of guests to a household than would normally live there; and the potential impact on the village police department, which typically receives an increase in noise complaints during large tourist events like the Summit lacrosse tournaments.

Those concerns have come to a head in the last couple of years. The public has pressured lawmakers to mitigate the impact of vacation rentals on the quality of life in residential neighborhoods, while also trying to protect the busy local tourism economy.

Unlike Lake Placid, which is surrounded by state Forest Preserve that must remain “forever wild,” land in the town of Jay is mostly private. The Jay Task Force, a 15-member volunteer organization, is exploring whether the town could benefit economically from becoming more of a bedroom community.

John Eaton, a lumber mill owner from Vermont, built AuSable Acres in 1963. Before he died, he managed to carve out more than 900 plots of land from thousands of acres of vacant forest, and built roads to connect them all.

Full-page advertisements for the development placed in newspapers throughout the region in the early 1970s advertise the subdivision as a “6,000 acre recreational community” that boasts “modern living in nature’s setting.”

“Come see AuSable Acres before you buy any vacation home!” the advertisement reads.

There are vast swaths of land still undeveloped — much of it under the direction of Eric Johanson, who bought the properties in 2006.

Even in the densely populated neighborhoods, most of the homes are placed on one acre of land each, a berth that cuts down on the amount of noise that’s typically heard from one property to the next, according to Sauer.

There are also eight covenants and restrictions property owners here must adhere to, rules that were put in place decades ago by Eaton and can’t be changed.

Parcels here can’t be further subdivided, and all buildings must be for residential, non-commercial use, according to the covenants. The one exception: Buildings can be rented out to private visitors for private use.

All homes have a mandatory 50-foot setback from the road and must be built at least 25 feet away from the property boundary lines.

The development operates somewhat autonomously. The AAPOA reviews and either approves or denies all site plans before homes are built. Construction is restricted to one year. All property owners agree to eight established covenants when they acquire a deed, and the AAPOA enforces them. The Acres has a private water supplier and the town of Jay’s zoning regulations don’t extend to the development, according to Sauer. The town maintains AuSable Acre’s roads, however.

DeFina said there doesn’t seem to be anything in the development’s eight covenants that strictly prohibits short-term rentals, but the AAPOA will monitor the growth of the industry here.

“We will begin a discussion at the board, monitor them closely and determine what would be a violation,” he said.

Lake Placid’s short-term vacation rental dilemma has become a warning to other communities, according to Sauer.

“The rise in Airbnbs has caused us to focus on what is allowable and what gray areas exist before the problem is here,” he said.