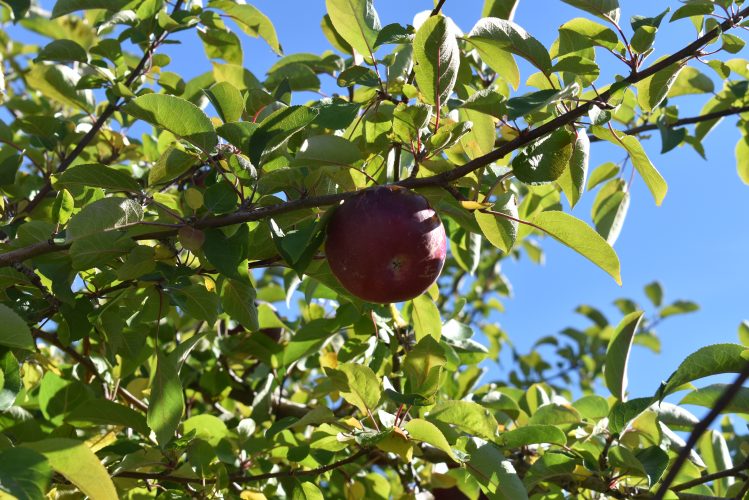 The first thing I noticed was the number of cars. The parking lot at Rulfs Orchard, ten times the size it had been when I was a kid, was packed with cars sporting license plates from as far away as Minnesota. Roaming packs of people, with dozens of small children running between them like ... 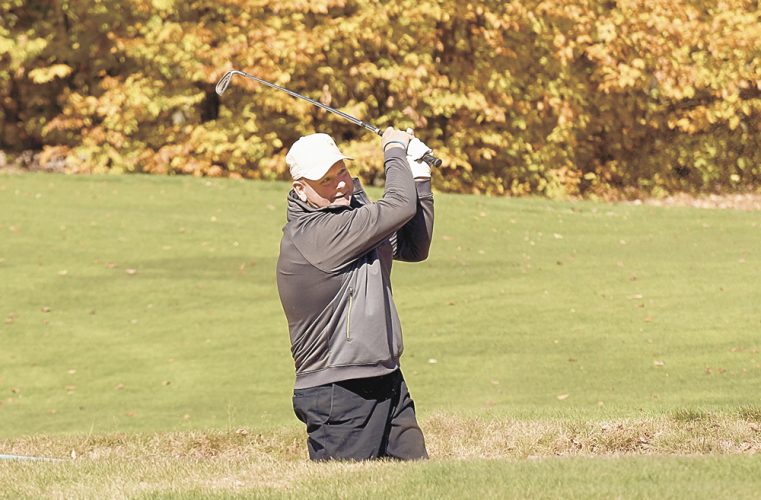 SARANAC INN — A bittersweet day but a beautiful one. On Sunday, the Saranac Inn Golf Club put another season in the books by closing the course for winter in its traditional fashion — with the 6-6-6 tournament. The season at the course extends from late spring until the day before ... 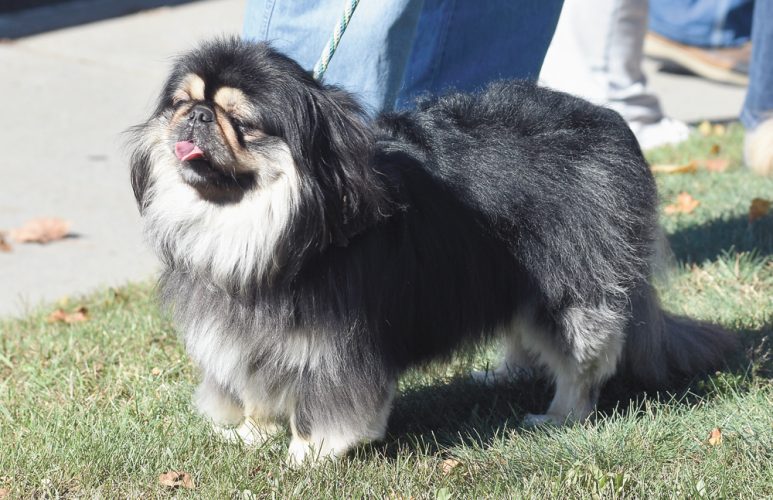 SARANAC LAKE — The sun shone brightly as Father Rick Dennis sat down with locals’ dogs and blessed them one by one. About a dozen people and their four-legged friends showed up to St. Luke’s Episcopal Church on Saturday, Oct. 5 for a blessing of the animals. Some dogs wore fall ... 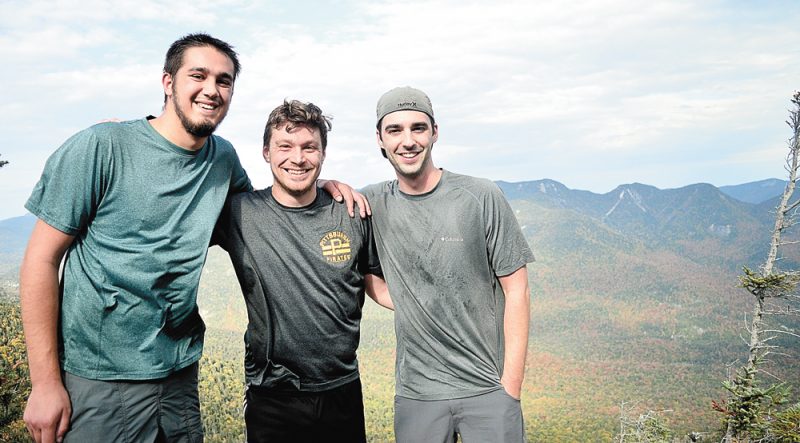 ST. HUBERTS — I’m writing this story while hiking the trail up Bear Den Mountain en route to Dial and Nippletop. Well, not actually. I’m typing it up on my work computer, sitting in a comfortable office chair and digging the dirt out of my fingernails with a paperclip. But when I ... 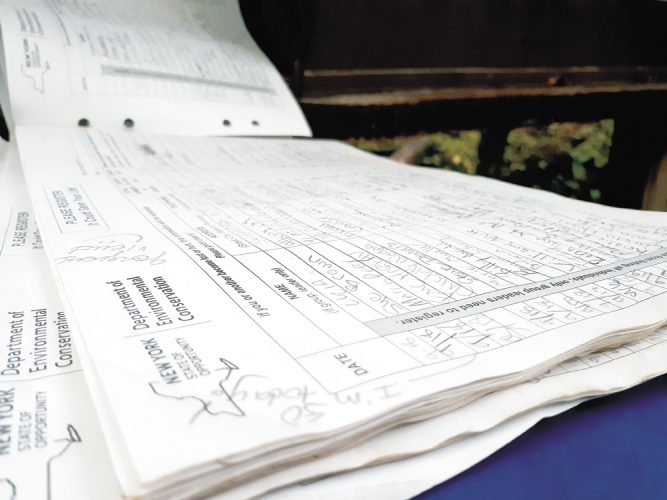 Permits in the High Peaks?

LAKE PLACID — The High Peaks area of the Adirondack Park is undoubtedly in the midst of a years-long boom in hikers and visitors to the region. And with that crush of visitors comes a number of problems: parking, safety, search-and-rescue missions, and wear and tear on trails and other ... 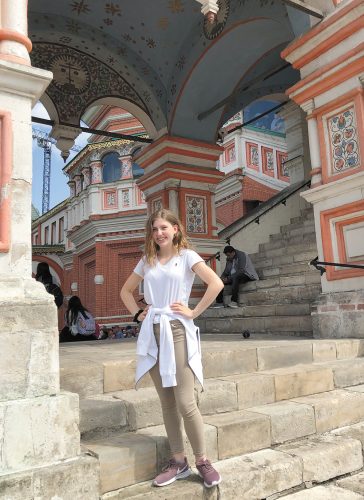 SARANAC LAKE — Dellice Chase loves to travel, but Russia had never popped up on her list of places to visit. But after months of interviews, written exams and even more interviews, Dellice was going to Russia. The 16-year-old Saranac Lake High School student has also been dancing since ... 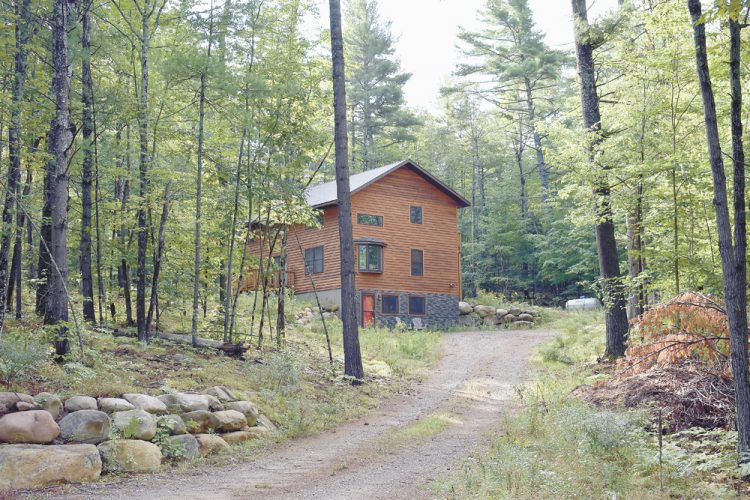 An Airbnb haven in Jay

JAY — The main road into AuSable Acres is nondescript, a winding strip of pavement tightly surrounded by dense foliage. From AuSable Drive, narrow dirt roads with nature-themed names branch out, dotted with Swiss chalet-style, A-frame homes obscured by clusters of greenery. This quiet, ... 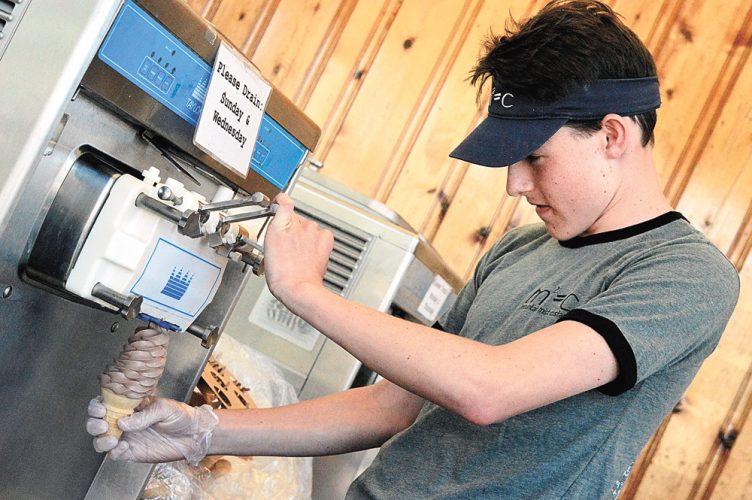 For many, Monday, Aug. 26 was just another start to a work week, but for the high school students with summer jobs around the Tri-Lakes, it marked the start of their last week of work before the school year begins. Summer jobs are a staple of high school life; they provide a chance to earn ... 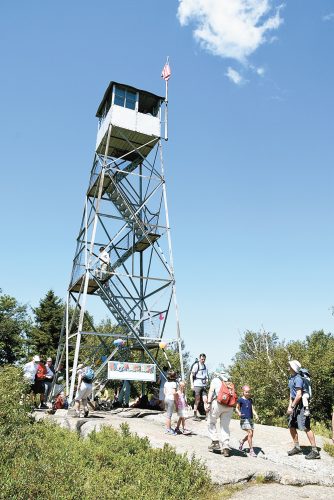 Fire towers get second life a century on

SARANAC LAKE -- For hikers and snowshoers in the Adirondacks, it's hard to imagine a park with no fire towers. But 30 years ago, the state planned on removing most of the metal towers that adorn Adirondack peaks. They had been out of use, and many were dangerous and -- literally -- in danger ... 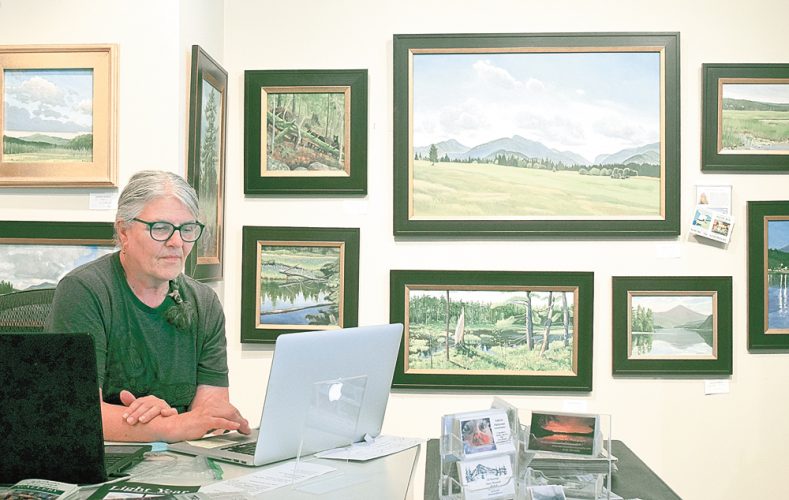 SARANAC LAKE — This village is known for its recreation, proximity to nature and quirkiness — “Decidedly Different” is its official marketing motto — and also for its abundance of artists. One day it may be home to more full-time artists. To understand the current layout of the ... 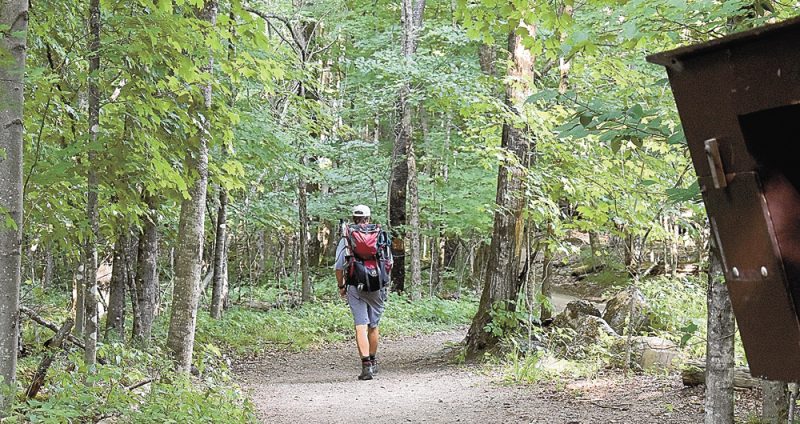 KEENE VALLEY — This past weekend 109 hikers, in at least 43 vehicles, checked in at the Rooster Comb Mountain trailhead. They came from as far away as London, England. The ones who parked legally pulled into a small slab of asphalt off of state Route 73 with a capacity of roughly 18 cars. ... 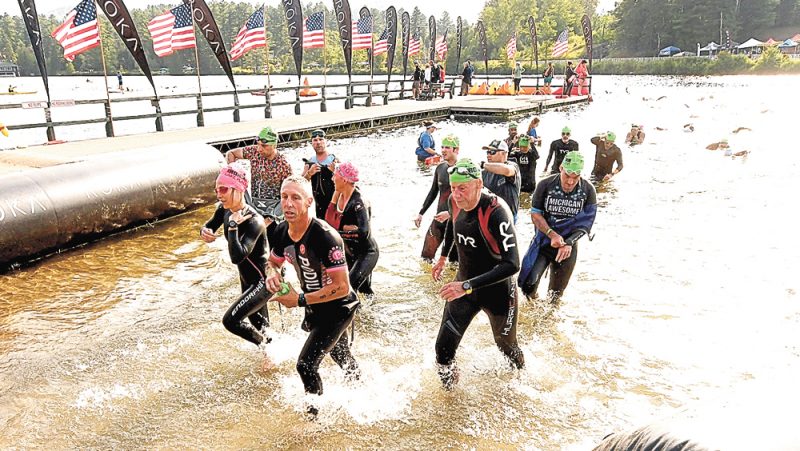 TUPPER LAKE — Mount Morris is an ever-present force here. The trails of the Big Tupper Ski Area on its north face are visible from most places in town, tracing veins down the mountain, veins that used to flow with skiers. It’s been four years since skiers and snowboarders have been ... 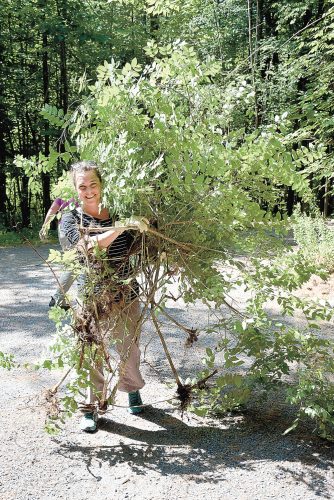 WILLSBORO — For the last four years, the Adirondack Chapter of The Nature Conservancy — along with private land owners, local government leaders and volunteers — has worked to transform more than 100 acres in Willsboro into an accessible nature preserve. After years of abuse — ... 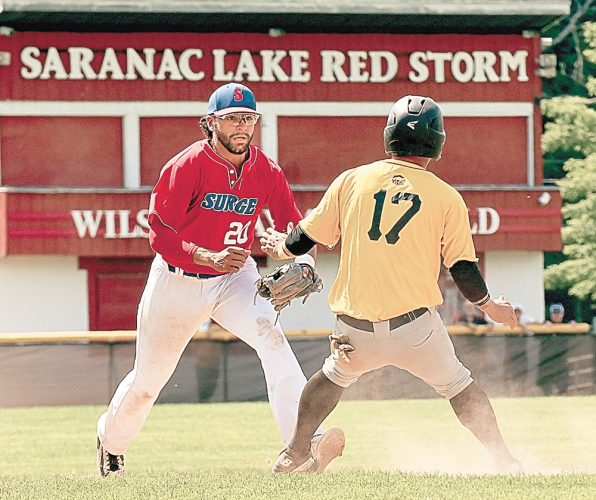 SARANAC LAKE — This spring, area baseball fans found out there was going to be a new team in town competing in an independent professional league. After waiting for the season to begin in mid-June, and then waiting for the team to wrap up two road trips to start the schedule, fans ... 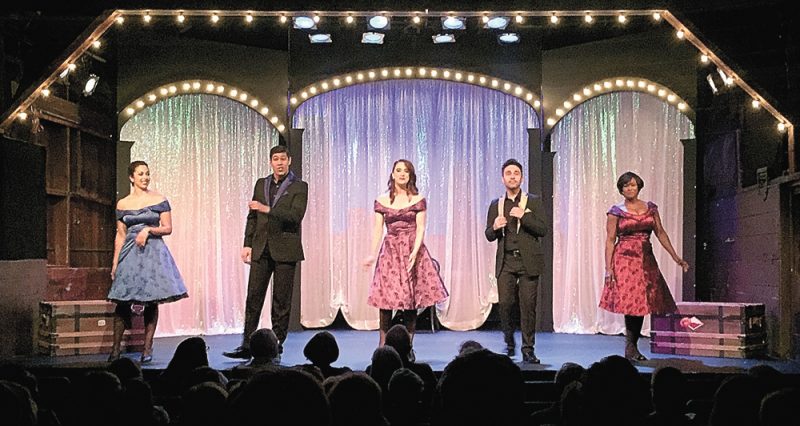 The art of the new

In 2018, the Depot Theatre celebrated its 40th anniversary with a trio of productions that hearkened back to the past: “Always, Patsy Cline,” “The 39 Steps” and “Ain’t Misbehavin’.” All three had been produced in a previous season at the Depot and were selected based, in part, ... 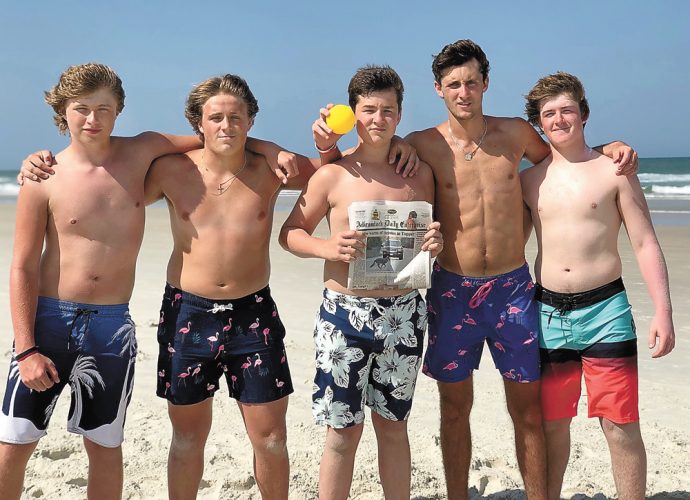 The Vacation Photo Contest was judged by the Adirondack Daily Enterprise staff, based on originality, locale and photo quality. Prizes were awarded to the winners. Look for more vacation photos of your neighbors in the upcoming weeks’ North Country Living sections. 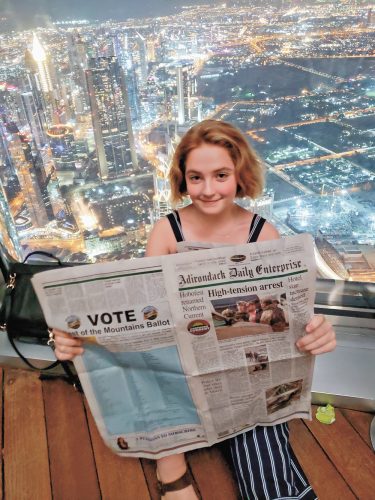 The 2019 Vacation Photo Contest was judged by the Adirondack Daily Enterprise staff, based on originality, locale and photo quality. Prizes will be awarded to the winners. Look for more vacation photos of your neighbors in the upcoming weeks’ North Country Living sections. 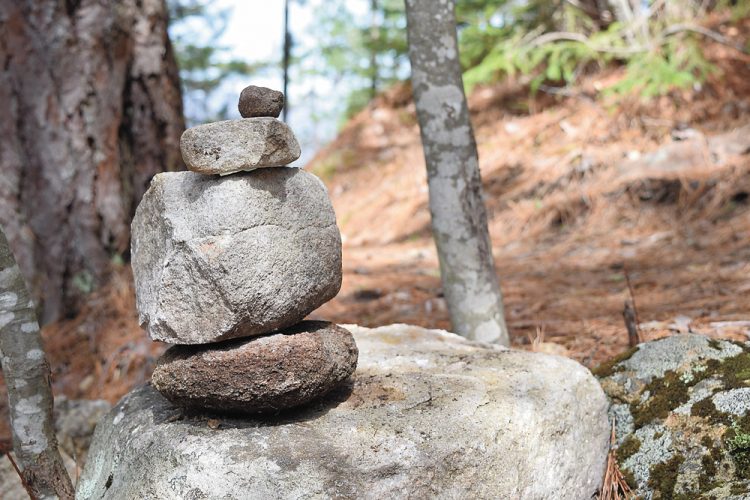 Birds scream in vowels on this Sunday morning. It’s probably not just a Sunday thing, probably more a spring thing — about this blue sky and 60-degree day. Still not easy put into pen and ink, but hear me out, these birds are putting the “EEeeeiieeE” in “SprEEeeeiieeEng” here ... 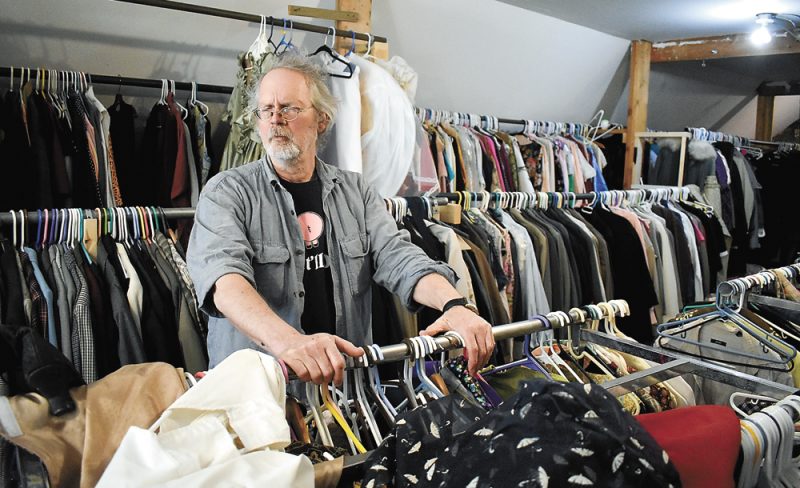 SARANAC LAKE — Kent Streed’s closet is unlike any other. Most people might have a few pairs of shoes, workout gear, a set of formal clothes for weddings and funerals, and that flannel an ex gave you seven years ago that you just can’t seem to get rid of. Streed has military ...