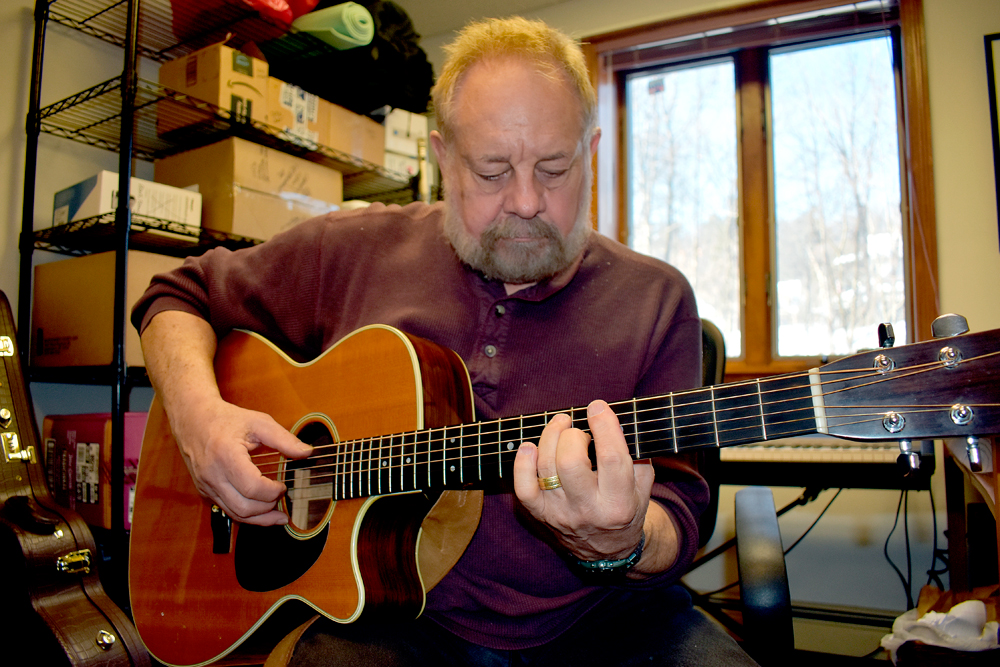 SARANAC LAKE — When Carl Rubino was about 5 years old, growing up in Manhattan, his mother put him on the couch and played symphonic music on the family phonograph. She told him if he closed his eyes he could see the music.

“I don’t remember what I saw, but I remember that even now that it was a visual experience,” he said. “Many years later, I read that to mean that in anything creative, you did not necessarily have to limit yourself to reproducing literally that which was in front of you.”

Rubino has carried that sentiment with him throughout his career as a photographer and songwriter. Many of his photos are abstract and incorporate long exposures, making natural sights surreal. He focuses more on original works on guitar, and knows only a handful of covers.

“You can set a digital photo on an automatic setting, and most of the time it will take a technically, respectable reproduction of what you saw,” he said, “but that may not be the photo you intended.”

Now a 40-year resident of the Adirondacks, Rubino has had his work hung at NorthWind Fine Arts and BluSeed Studios in Saranac Lake, Gallery 46 in Lake Placid and many other galleries in the North Country. You can find his artwork at carlrubinophotography.com and his music at carlrubinomusic.com. He has a two-month photo show at BluSeed Studios this summer and will perform at this year’s I Love BBQ Festival in Lake Placid in July. 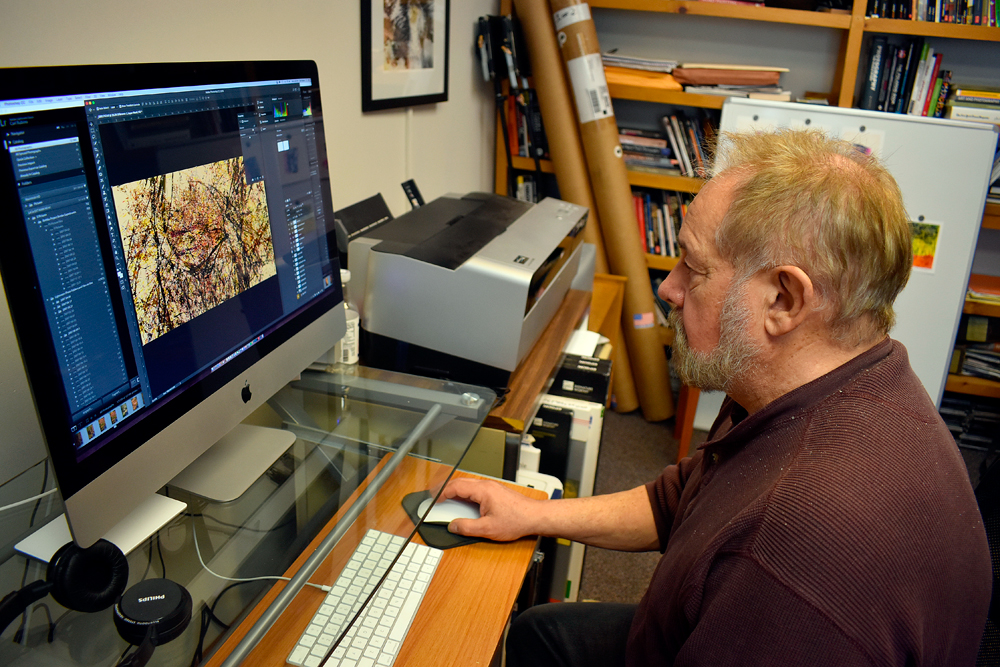 Carl Rubino works on a piece in Photoshop at his studio at Trestle Street in Saranac Lake. (Enterprise photo — Griffin Kelly)

Rubino got his first camera during his college years. It was a discounted Nikon his parents bought while on vacation in the Bahamas. He started to dabble with the abstract, capturing streets and found metal objects on black and white film. He also got his first guitar that summer. But all that expression was short-lived as he furthered his education and later worked as a lawyer.

“All the creative stuff went away while I was in school,” he said. “I continued on pursuing the straight life, if you will, and nothing else came out for a long time in terms of creativity.”

Eventually, he found time to pick up the guitar and start writing songs again. He began playing at listening rooms in New York City and participated in writers’ workshops in Nashville. His songs got on the radio, and one was almost picked to play during the intro to a season of MTV’s “Road Rules,” but it was beat out by a hip-hop song.

Rubino’s music sounds reminiscent of great storytellers like Tom T. Hall and Lou Reed. The songs have a beginning, middle and end, and are sung in an almost conversational manner. His song “Jimmy and Stella” describes the relationship between a drunk and a drug abuser.

“They danced to the beat of a different drummer/ They tangled on the dark side of the moon/ It’s hard to see what they saw in each other/ But love doesn’t always play in tune,” he sings. 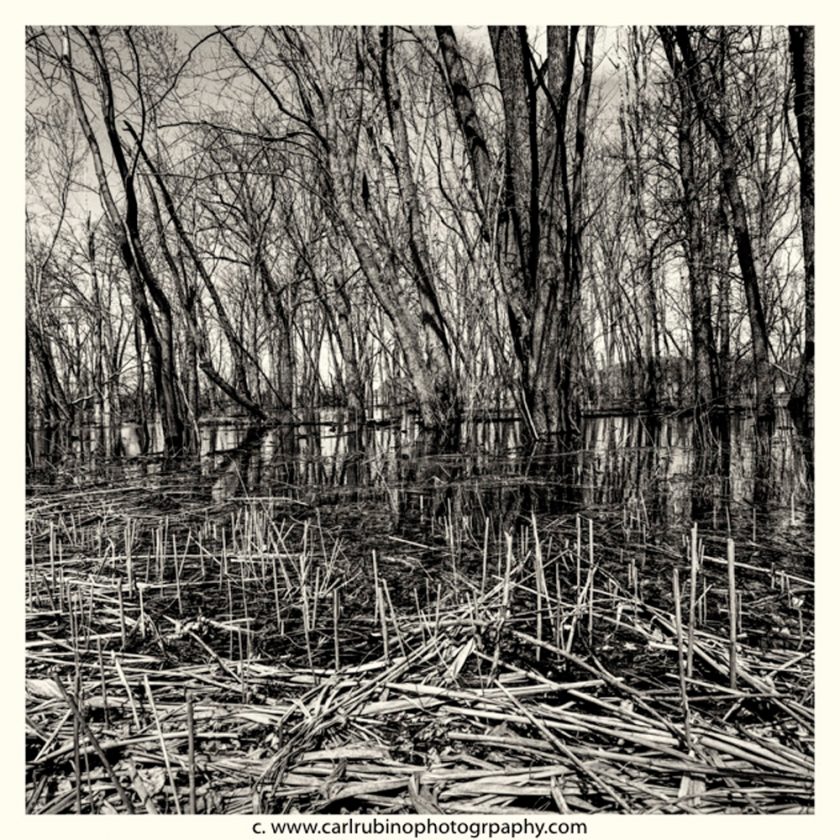 The song is based on a couple Rubino used to know.

“He was a horrible alcoholic on parole and was in and out of jail, and she was a junkie,” he said. “They had this kind of horrible existence, but they had some sort of love.”

In the early 2000s, Rubino was injured in a car crash.

“I broke a couple of small bones in my right hand and screwed up my left shoulder,” he said. “That was the end of playing guitar, I thought at the time, perhaps forever. With my song writing, I think the strongest part is the lyrics. Why the auto accident took the lyrical muse away, I have no idea. I got scared and ran away.”

He could no longer finger-pick or form chords for more than a few minutes. He started building guitars because it required less dexterity. After he would finish a guitar, he’d take a photo of it to help sell the instrument. Pretty soon photography made a resurgence. 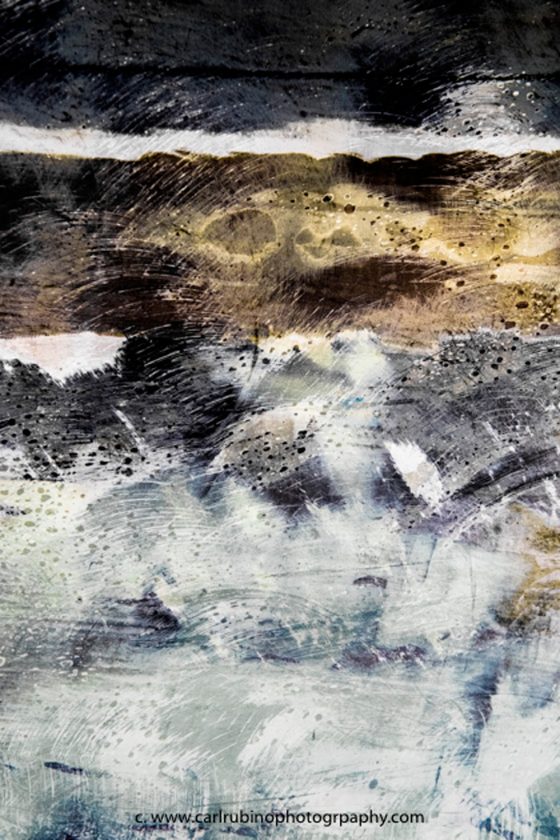 “I just went whole hog into that,” he said. “First I started in predictable, common landscape photography, and then I started finding my own stuff in multiple exposures and abstract stuff.”

His “Abstract Multiplicities” series shows the tarnished, chipped-paint bottoms of boats meshed together. They look more like paintings than photos — as if he scraped a knife covered in cobalt and gold paint across a white canvas. They’re actually the results of multiple exposures, layering different images on top of each other to make one.

There’s nothing wrong with shooting landscapes if you’re an artist in the Adirondacks, Rubino said. Towering mountains, flowing rivers, calm lakes, millions of trees — it’s a picturesque setting. That being said, Rubino said photographing the environment can get pretty samey, especially when lots of people have camera phones. He brought up Adirondack Loj Road in Lake Placid as an example.

Rubino teaches photography, and one common lesson is having his students each photograph the same location. 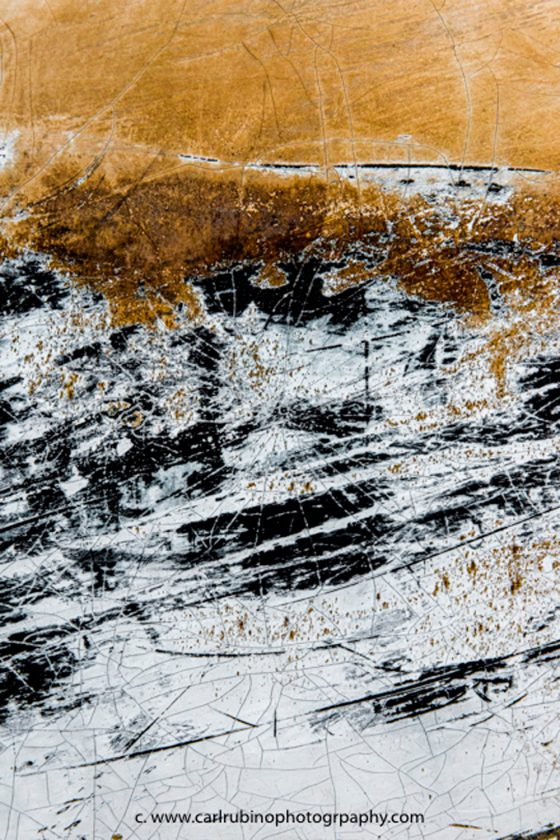 “Invariably, some photo will pop up, and someone will say, ‘Where the hell did you take that?’ and the answer will be, ‘I was just to the right of you,'” he said. “So the point is standing at the same location, if someone has vision, they may see something else from what the masses see.”

Rubino used to work out of a studio close to his home in Wilmington. He recently moved into two rooms at Trestle Street, a new community art space on Woodruff Street. He likes that there’s more space, but he also wanted to be surrounded by more artists.

“I consider Saranac Lake the art hub of the Adirondacks,” he said. “There are a lot of artists in this community, and they dialog with each other. There are a number of galleries in this town, and they’re not set up by people to make money. They’re membership galleries, so the artists are the gallery owners. There is a lot of camaraderie among the artists here. They don’t jealously fight with each other for position. They’re helpful to each other.” 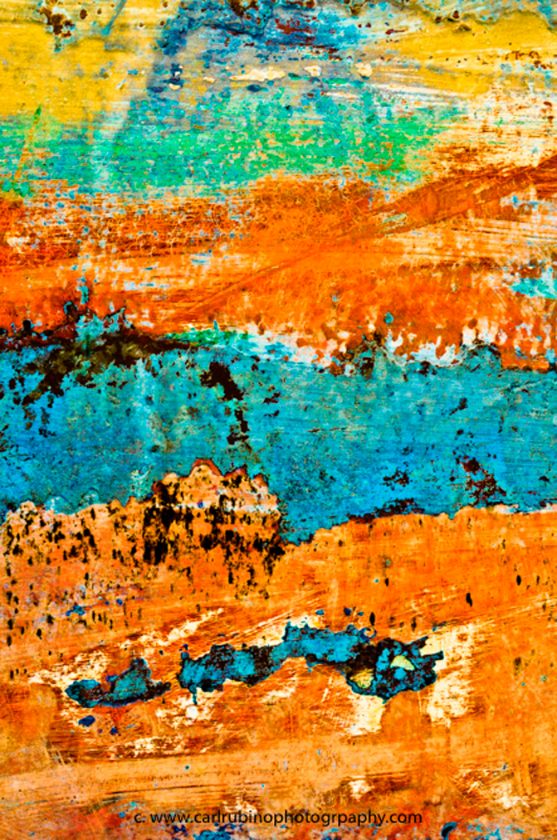