Jacqueline Felix’ “Bee-Loved Hydrangeas” and many other fabric-based pieces will be on display at the Lake Placid Center for the Arts until Feb. 22. (Enterprise photo—Griffin Kelly) 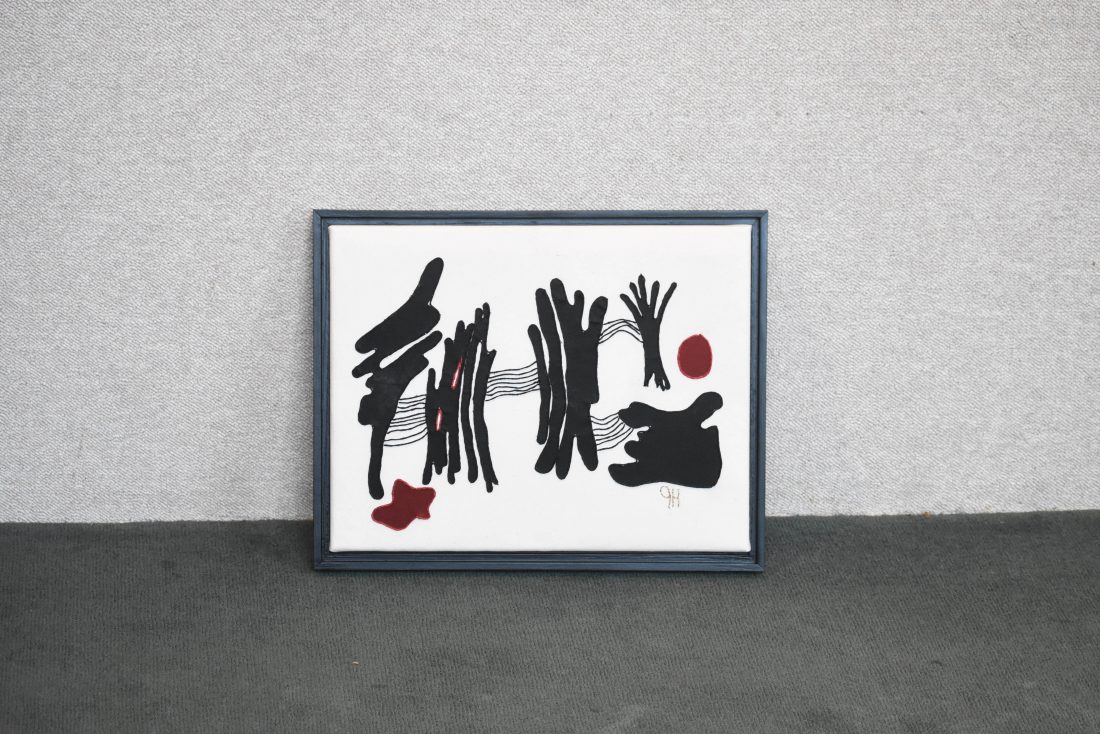 LAKE PLACID — The way Geri Hahn describes things doesn’t really make sense. Only about 3% of the Earth’s 7.5 billion people would be able to understand her fully, and that includes her kids.

“We say experiences are really tasty or delicious,” she said. “Our language is different from everybody else’s.”

Hahn has synesthesia. This means her senses of sight, touch, sound smell and taste blur together. Colors have sound, sounds have taste, and music looks like a movie in her head. Many neuroscientists often relate synesthesia to the sensations people get when they take psychedelic drugs like LSD or psilocybin mushrooms.

“I’ve never taken LSD, but I know people who have, and they say to me, ‘Geri, it’s like you’re tripping all the time,'” Hahn said. “I’m an extremely happy person because I can listen to water in a river or tires on a freeway and never get bored.”

Hahn is just one of the many artists who will be featured at the Lake Placid Center for the Arts’ Fiber Art Show, which runs till Feb. 22. There will be a free opening reception tonight from 5 to 7 p.m. The works range from woven sculptures to abstract compositions and tapestries made from fabric and thread. 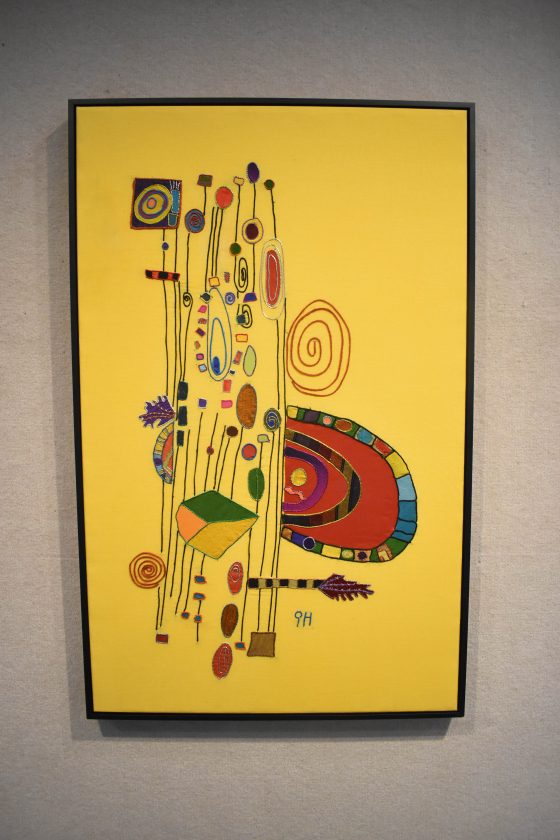 Hahn, who’s in her 70s, started to understand her interesting brain about 20 years ago. For a long time, she thought most people saw the world the way she did. For much of her life, she worked as a land-use planner and an environmental activist. She liked to draw, but it wasn’t her main focus.

“My narrative was not that I was an artist,” she said. “I was just crazy and kind of interesting. I never worked with fabric up until about six years ago. This is a new gig for me. I went from 0 to 60 immediately.”

Many of Hahn’s pieces are based on music and what she sees when she hears it.

“One piece is called ‘Du Hast,’ and I made it after listening to the song by Rammstein,” she said. “It has these curvy, electronic voices, and it’s silver and grey. I like working with shiny materials. Most of what I see is shiny. The visions in my head or what I hear has sharp, clean, bright edges, and silk most closely replicates that.”

To Hahn, the sound of keys click-clacking on a computer tastes like caramel and look like infinity symbols fat on the ends and skinny in the middle. When she speaks to people face-to-face, she sees ticker tape or a beautiful ribbon spilling out of their mouths with every word. 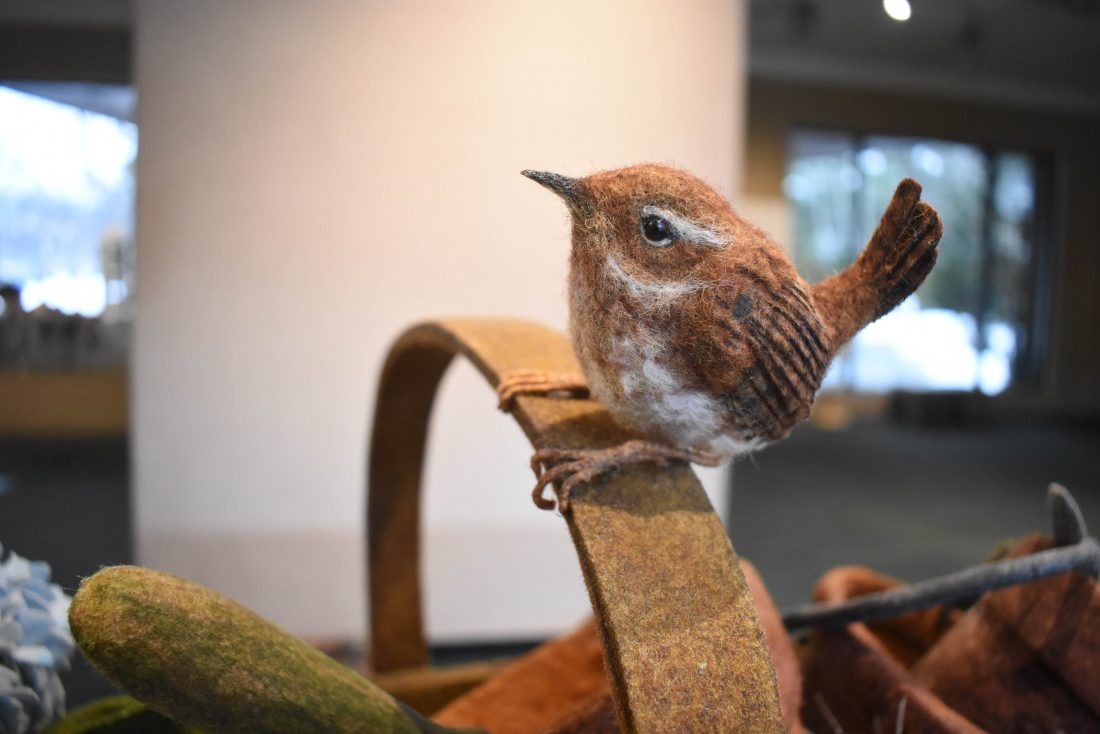 Jacqueline Felix’ “Bee-Loved Hydrangeas” and many other fabric-based pieces will be on display at the Lake Placid Center for the Arts until Feb. 22. (Enterprise photo—Griffin Kelly)

“There’s a certain empathy that comes with (synesthesia),” she said. “When I talk to people one-on-one, they feel like the only person in the whole universe because everything they tell me is so (multi-)dimensional. It’s like a movie.”

There is a drawback, though. Having synesthesia can sometimes cause sensory overload, Hahn said.

“When I go to Manhattan or any great city, I can go about three and a half hours before I want to curl up and cry,” she said. “I never do that, but it can be a lot to process.”

It’s her art and crafting that allows Hahn to focus on a task and quiet her mind.

“If I was in a class, listening to a lecture, I would draw as I took notes so that I didn’t hear somebody crinkling paper or a pen writing in a notebook. The work I do now puts me in a very quiet place. It’s like being in a zone where all the sounds of the world don’t get to me anymore. I like silk and linen because I like the way it feels in my hand. It’s very tactile work.” 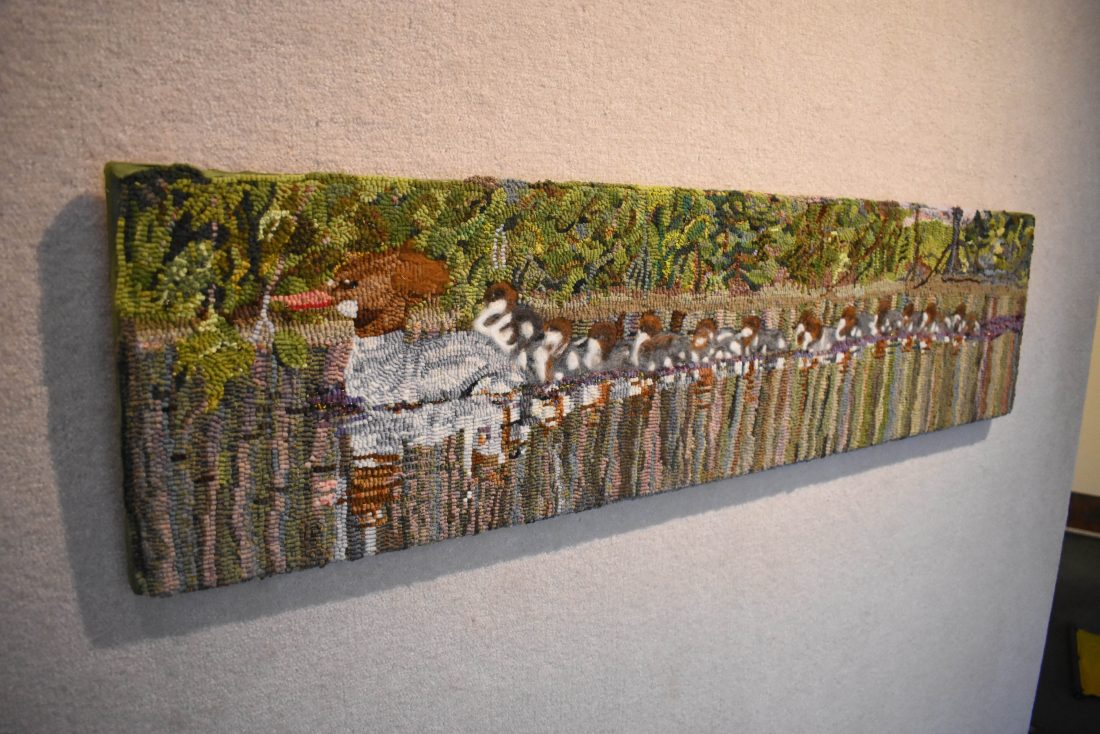 Recently, Hahn attended an International Association of Synaesthetes, Artists and Scientists conference in Moscow, Russia. There, she was hooked up to a brain-mapping machine along with people who don’t have synesthesia.

“The scientists played a wonderful piece of piano music and projected our brains on to this big screen,” she said. “The other peoples’ brains were kinda boring looking. While mine and another lady’s had lights and buzzers going off all over the screen. It was like I finally found my tribe.” 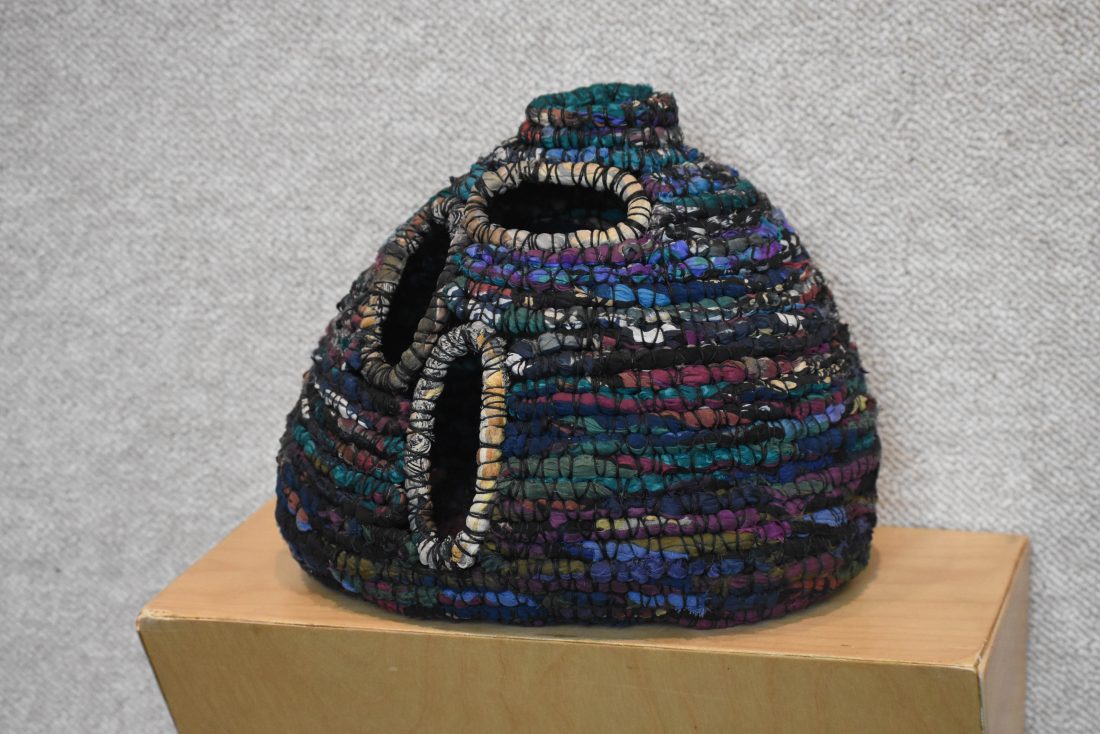 LAKE PLACID — The Lake Placid Center for the Arts’ latest exhibit is the Fiber Arts Show.

All the pieces have been made with materials such as silk, linen, wool, string and other fibers.

The Knitterondackers, a local knitting group that meets Thursday afternoons at the Saranac Lake Free Library, will also contribute to the exhibit. The club members came together to cover parts of the LPCA that normally don’t draw much attention – the pedestals, the stair railing, the stanchions. In their first yarn bomb ever, the Knitterondackers repurposed scraps from other projects to stitch across the gallery, creating brightly colored accents around the exhibit.

What: The Fiber Art Show

Where: Lake Placid Center for the Arts, 17 Algonquin Drive

When: Opening reception tonight from 5 to 7 p.m. 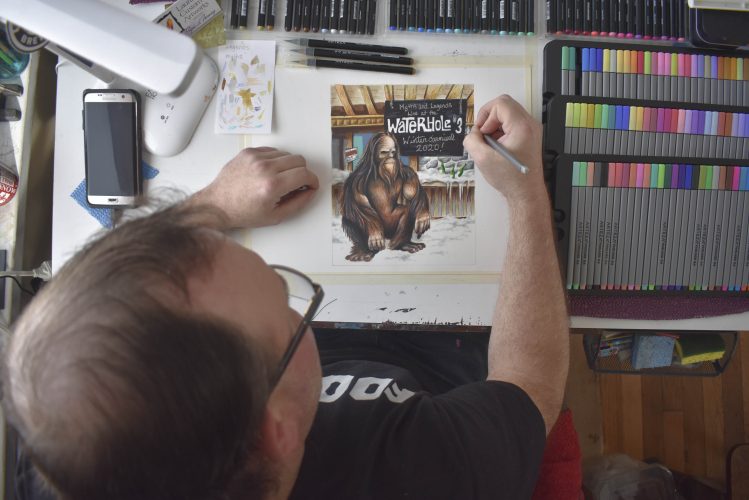 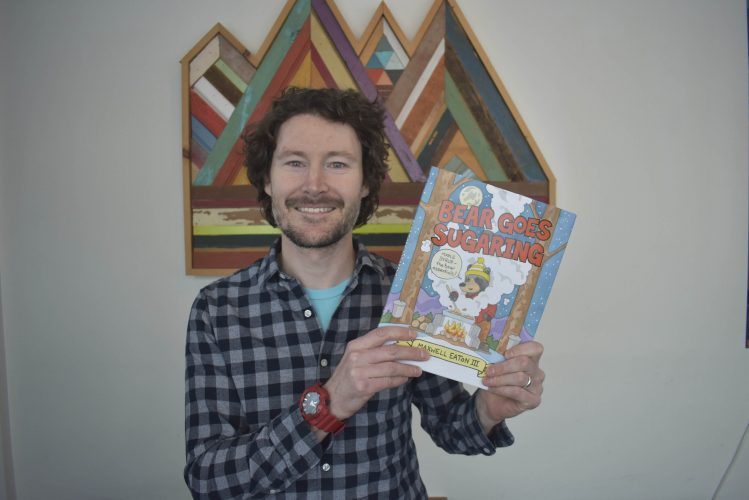