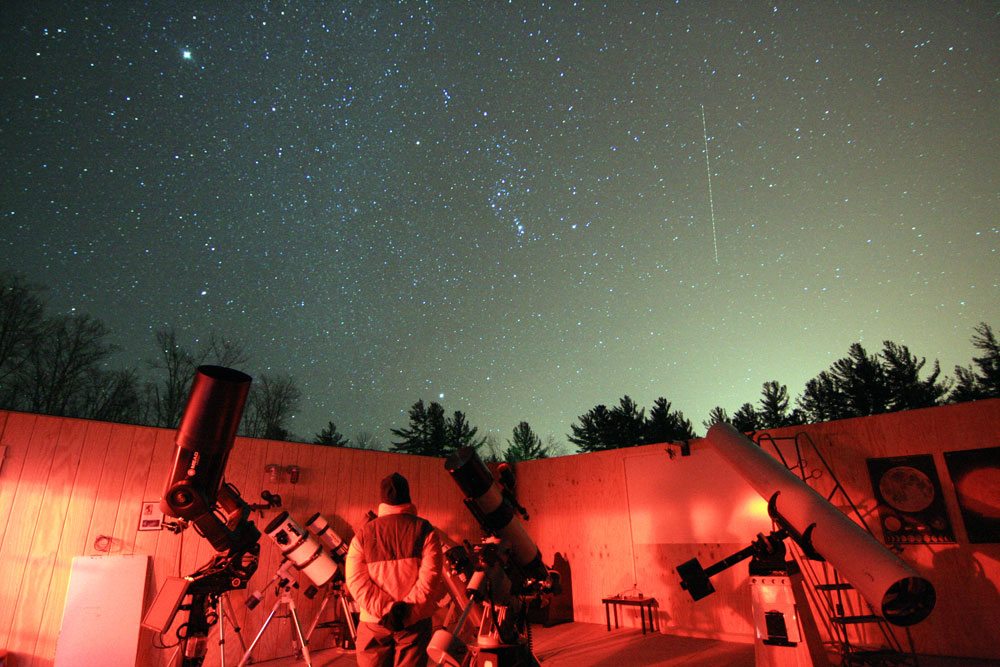 TUPPER LAKE – With its location within a protected state park, with low light pollution, low humidity and sitting at a high altitude, Tupper Lake provides ideal conditions for night sky viewing, some of the best east of the Mississippi.

Local officials, university professors, and amateur astronomers have long recognized the community’s potential to become an astrotourism hub, and have banded together to build on the current Adirondack Sky Center and create a state-of-the-art AstroScience center here, tentatively slated to open in 2024, during another eclipse.

In the meantime, Tupper Lake is holding stargazing and other events to raise funds and awareness about the planned opening of the new center aimed at exposing the public to the beautiful night sky.

On Sunday, July 21, the venue will host the Adirondack Sky Festival.

Starting at 1 p.m., participants can take advantage of the Roll Off Roof Observatory, games and crafts, a scavenger hunt, scientific demonstrations and solar gazing through specialized telescopes.

Experts will be on hand to talk about the stars and planets, and how to best see them, offering tips to the public.

To date there are three lecturers: Al Nagler, a former optical designer at NASA known for designing lunar landing simulators and Tele Vue eyepieces for telescopes; Andy Andersen of the International Dark Sky Association discussing light pollution impacts on wildlife; and Gib Brown, former meteorologist at WPTZ and college professor, showing the Science on a Sphere. All of these events are taking place at The Wild Center.

At the Tupper Lake High School, Bruce McClure will lead planetarium shows in the StarLab. The Adirondack Sky Center’s own professional astronomers, Aileen O’Donoghue, Jeffrey Miller and Joshua Thomas, all trustees of the organization, will be leading demonstrations and addressing questions throughout the day.

Jeff Miller and David Fadden, Mohawk artist and storyteller from the Six Nations Museum in Onchiota, will also give a talk at the high school at 7:30 p.m. on “Star Stories of the Haudenosaunee, Greek and Roman Traditions.”

There will be plenty of celestial-themed music at the Tupper Lake Bandshell, with local band Night School, from 7:30 to 9:30 p.m.; and then stargazing at the observatory.

David Levy, internationally known comet hunter and co-discoverer of Comet Shoemaker-Levy 9, which impacted Jupiter in 1994, has just published his autobiography “The Nightwatchman’s Journey: The Road not Taken,” and will be discussing it and signing copies.