Vienna, Austria musician Pamelia Stickney, who plays the theremin, will both perform in the Saranac Lake electro-music summit Saturday and host a class prior at Lake Flower Landing in Saranac Lake. (Photo provided)

Famous Letter Writer’s Michael and Julia Devine will be one of the acts performing Saturday at the electro-music summit. (Enterprise photo — Griffin Kelly) 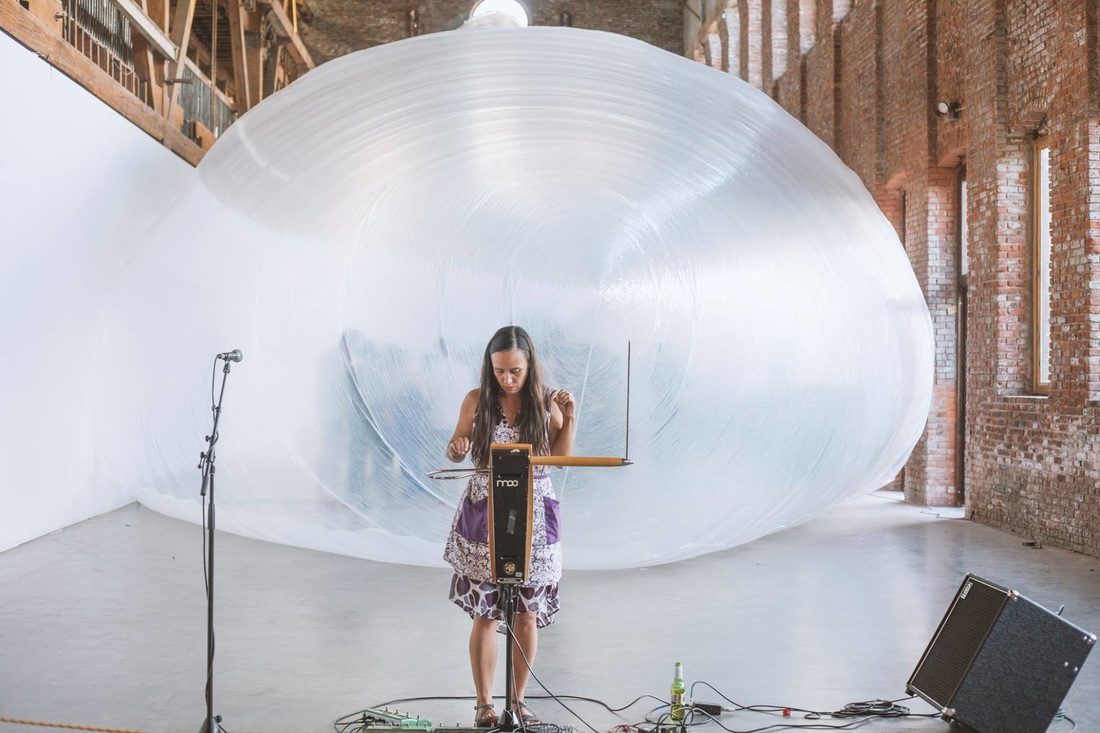 Vienna, Austria musician Pamelia Stickney, who plays the theremin, will both perform in the Saranac Lake electro-music summit Saturday and host a class prior at Lake Flower Landing in Saranac Lake. (Photo provided)

SARANAC LAKE — Ever seen a world-class musician perform a set on the theremin? Now’s your chance.

The lineup doesn’t include what many may think of as “electronic music.” There’s no raucous bass drops, no thrumming beats ala Deadmau5. It’s not dubstep, it’s not music you’d hear in a club.

Instead, among the acts are a world-class theremin performer, a Plattsburgh-based indie pop outfit, and a contemporary electro-acoustic quartet from Malone. Though the approach to electronic music varies greatly between each, there’s a common thread: For the first-time listener, the output of each offers ample surprises. It’s never boring.

This showcase, made up of artist that have all performed in Saranac Lake before, is part the brainchild of Lake Flower Landing Programmer Peter Seward. 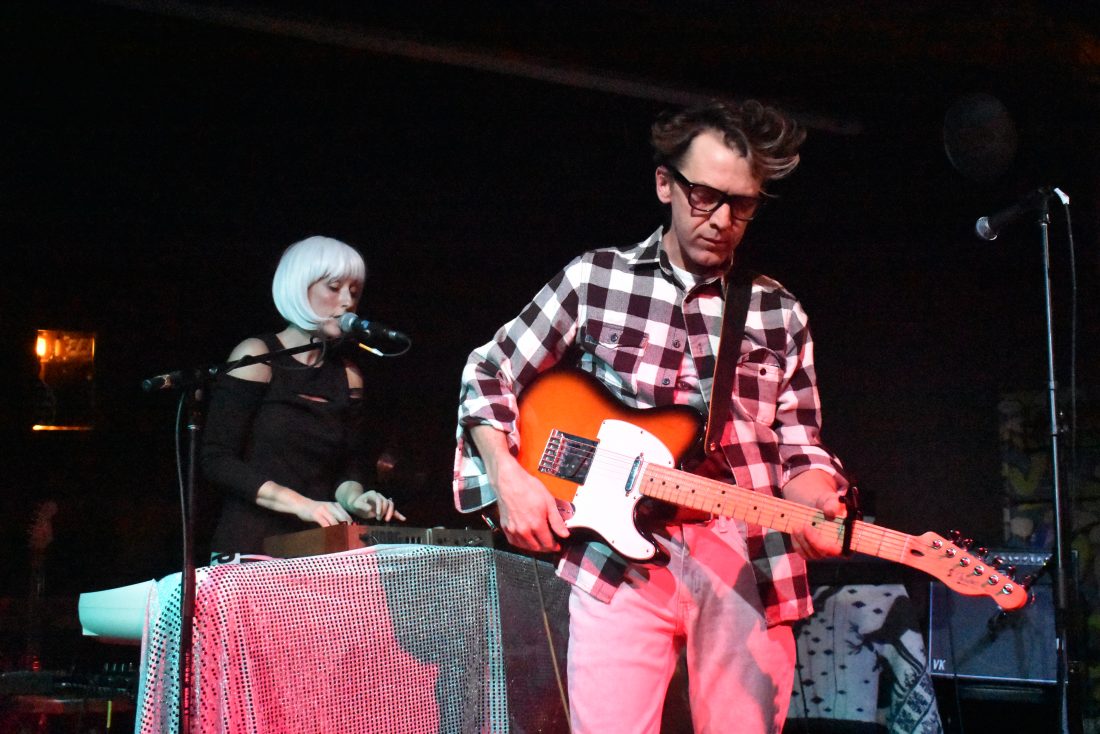 Famous Letter Writer’s Michael and Julia Devine will be one of the acts performing Saturday at the electro-music summit. (Enterprise photo — Griffin Kelly)

“It seems like an unlikely premise for the North Country,” he said of the electronic music summit. “But I wanted to show that there are people in the region that are working in this field. I want to pull off what seems unlikely.”

Beyond what the audience may take away from experiencing the event, Seward, himself a visual artist, put together the concert with the performers in mind.

“I want to create events that are interesting prospects for the performers, almost as if no audience would show up, the performers find some value in meeting each other and having this event create new connections between them,” he said.

Crane School of Music professor Jerod Sommerfeldt kicks off the concert this Saturday. The Potsdam-based electronic music teacher works in the realm of what’s described as “algorithmic and stochastic processes.” In plainer terms: His music, layered with intricacies, sounds pretty random. It’s as if someone is turning the dial on an old-style radio, but with unmistakably modern music bursting forth.

Famous Letter Writer, a band hailing from the North Country’s Lake City, is known for songs that are anything but random. The work of this alt-pop group is carefully crafted, lyrics layered with poetic phrasing and nuance. Aided with words by M.I., lead singer Ru Devine’s voice is packed with untethered longing, somewhat reminiscent of The Smith’s Morrissey, but with a sort of forcefulness that at one turn encourages a nostalgic reverie, at another demands attention.

Vienna, Austria musician Pamelia Stickney, who plays the theremin, will both perform in the show and host a class prior.

“She’s a musician first that happened to gravitate toward this instrument,” Seward said. “She plays in many different music camps and writes arrangements for classical musicians.”

Stickney will host a hands-on theremin workshop and demonstration at the Landing at 3 p.m. Saturday.

Brian Dewan, an inventor-artist-musician hailing from the Catskills, will join Stickney on stage later that evening. He’s known for genre-jumping alternative music.

Figure From Ground, an electronic quartet from Malone and Potsdam, is set to close out the showcase.

This Saturday’s summit is the second installment of the “Sound & Vision” music series, funded by a grant through the New York State Council on the Arts.

Tickets are $10 per person. 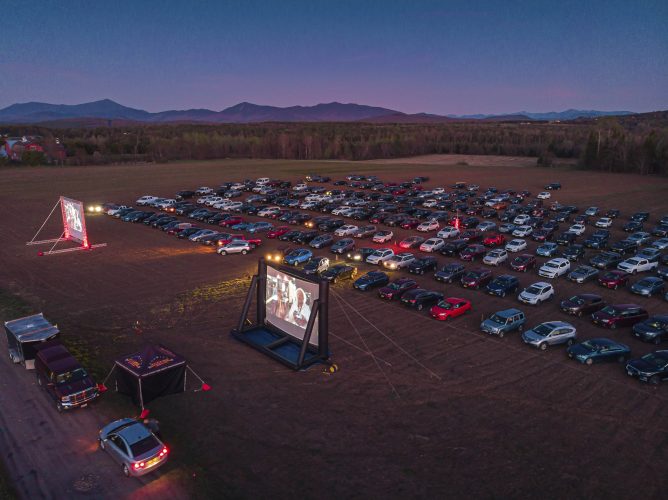 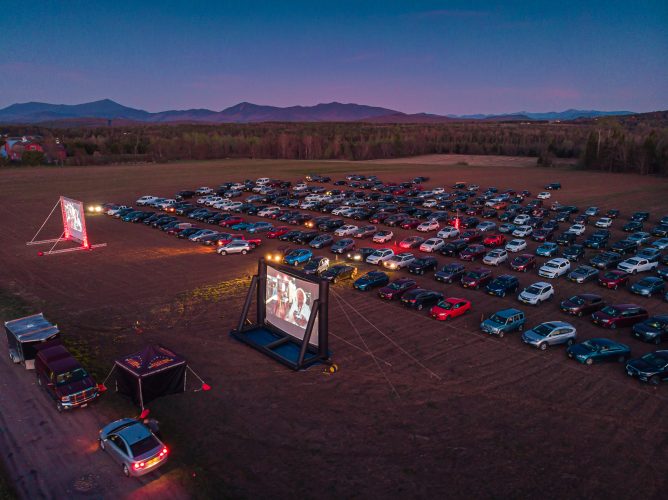 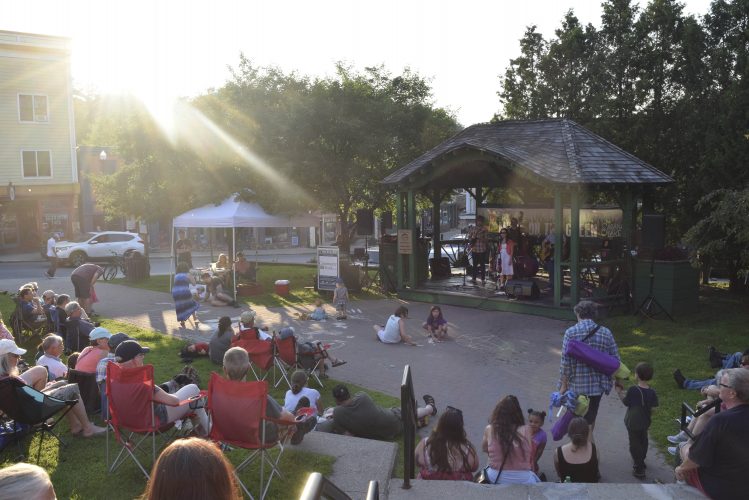 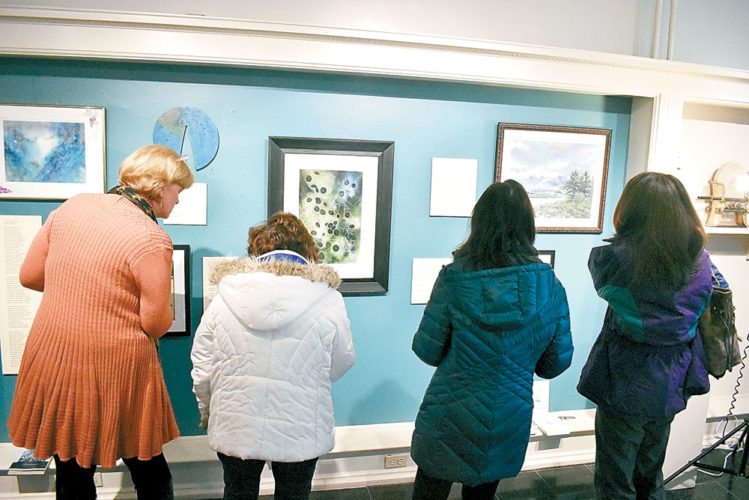