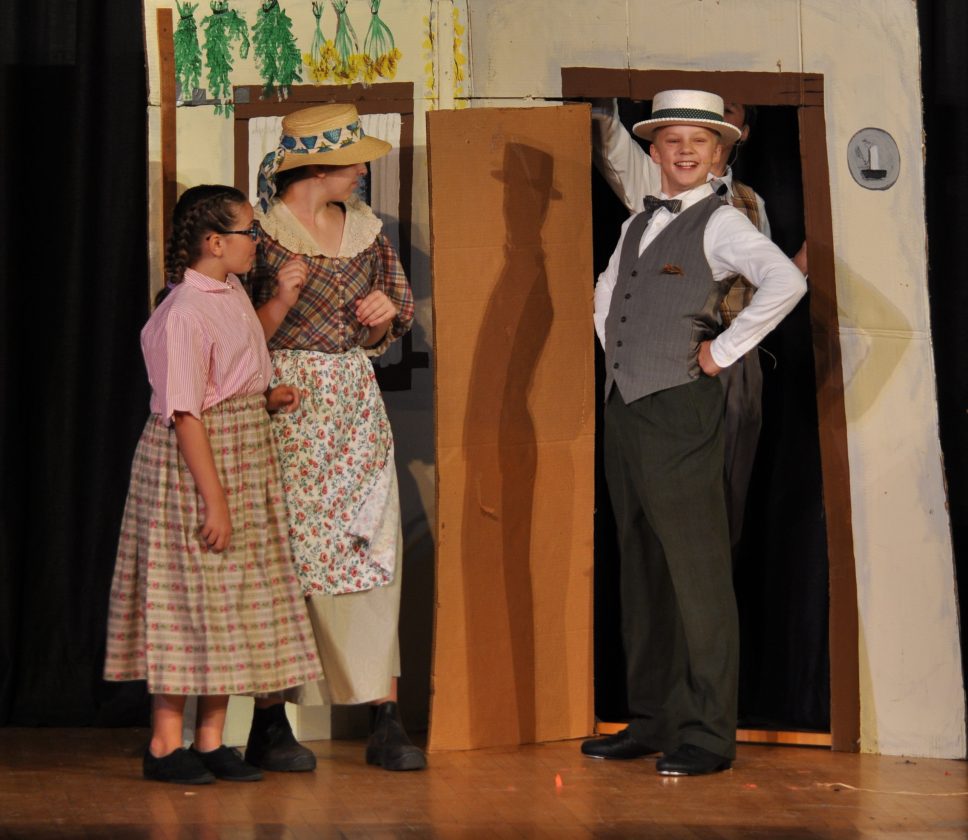 KEENE VALLEY — This summer, the Book & Blanket Players Youth Theatre will be taking on the world of opera through the musical version of the Ken Ludwig farce, “Lend Me a Tenor, the Musical.”

The book and lyrics are by Peter Sham and the music by Brad Carroll.

Casting day is set for May 23 at 3:15 p.m. in the auditorium at Keene Central School on Market Street in Keene Valley.

Ages 8 to 18 are invited to join the Book & Blanket Players Youth Theatre in what they lovingly refer to as “the Ironman of musical theatre.”

The intense musical theatre workshop begins on July 22 and ends on July 27 a single performance on Saturday, July 27 at 7 p.m. at Keene Central School.

Many of the production team will be returning including vocal coach-master class teacher, Alisa Endsley. Endsley is well known in the Broadway community. As a leading actress, Endsley has worked with some of the biggest names on Broadway including composer Lord Andrew Lloyd Webber, Director Trevor Nunn, Tony wining actors Patti Lupone, George Hearn and Betty Buckley. Her talents have also taken her on many national tours and leading roles in London’s West End.

Other members of the creative team are producer/director Kathleen Recchia, Rose Chancler of Piano by Nature, and Tara Mulvey.

There may be other guest artists joining the team for all or part of the workshop week.

In addition to the week in July, there will be a read-thru of the play at Wells Memorial Library on a Sunday in June (TBD).

This musical comedy by Peter Sham and Brad Carroll is an unpredictable explosion of mistaken identities and romance. The year is 1934 and the plot centers around a visit from the world’s greatest tenor, Tito Merelli, who is scheduled to perform at Cleveland Ohio’s Grand Opera Company to save it from bankruptcy.

Once again, the Book & Blanket Players, in sponsorship with East Branch Friends of the Arts, are grateful to Stewarts in the awarding of the Stewart’s Holiday Match to help fund the program. Other sponsors are the Pumpkin Hill Foundation, Wells Memorial Library, the Book & Blanket Bed & Breakfast, and individual donors.

This year’s program is also made possible in part with funds from the Decentralization Program, a regrant program of the New York State Council of the Arts with the support of Governor Andrew M. Cuomo and the New York State Legislature and administered by the Adirondack Lakes Center for the Arts.

This is the ninth year for the Players to take on the musical-in-a-week format. They began with the musical “Mirette,” followed by the first incarnation of the original musical “Road to Dannemora,” then the broadway musical “Irene.” In the summer of 2013 they premiered an original musical adaptation of Jane Austen’s “Pride & Prejudice,” in 2015 they mounted “It’s a Bird, It’s a Plane, It’s Superman,” in 2016 they took on “1776” in a gender-blind format. In 2017 they presented the charming spoof of Nancy Drew mysteries, “Trixie True, Teen Detective” and last year they came back with a new and improved, orchestrated “Road to Dannemora.”

For more information and registration information please contact Kathleen Recchia at bookinnjay@aol.com or 518-708-3606.