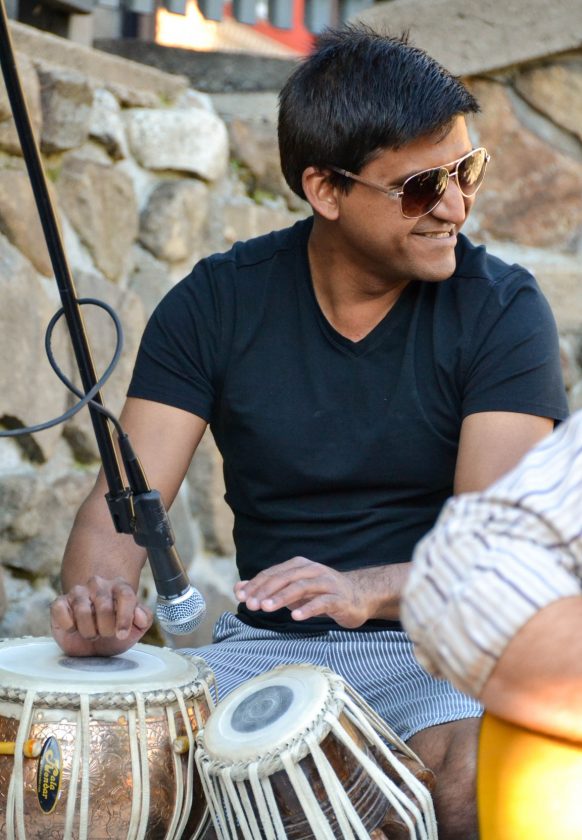 Entry fees for each event are $10. Pre-concert workshops are $15.

A pre-concert workshop will introduce participants — novice to intermediate– to Indian rhythmic techniques at 3 p.m.

In mid-October, two documentary films will be screened on consecutive evenings to bring together two artists. “The Art that Nature Makes: the Works of Photographer Rosamond Wolff Purcell” explores where aesthetics, nature, science, and biology meet. Purcell has collaborated on numerous publications with Stephan Jay Gould and Ricky Jay. “Dawson City, Frozen Time” will be screened with internationally celebrated filmmaker Bill Morrison. The documentary pieces together the history of a collection of nitrate film prints dating from the early 1900s found buried under in the permafrost. The story reveals the boom and bust at the center of the Gold Rush and the ramshackle dawn of cinema.

Lake Flower Landing is at 421 Lake Flower Ave. in Saranac Lake. It is ADA accessible. Since 2016 a variety of concerts, film-screenings, book-signings and workshops have been offered in a dedicated event-space. Programming is by artist Peter Seward, the co-founder and programmer of Hobofest. Seward’s studio is onsite, as is the design studio of artistic director, Karen Davidson, which includes an art library reading room, and the archives of Davidson Design, Inc. For a complete listing, visit lakeflowerlanding.com.

Sound & Vision is made possible with the funds from the Decentralization