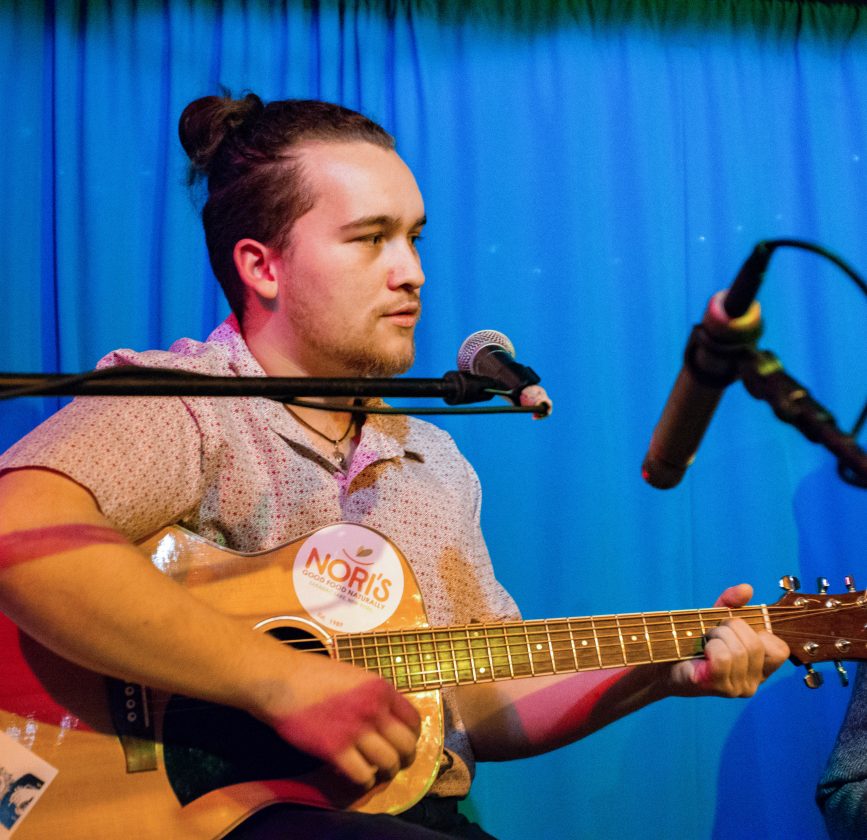 This time, Saranac Lake’s own Connor Celeste will be hosting the evening joined by his special friends, who are no strangers to the BluSeed Stage.

Celeste has been part of many an Open-Minded Mic night but this time he will be featured and introducing the other local talent who will be signing up in the evening to participate.

The show starts at 7:30 p.m., but talent is invited to sign up at 7 p.m. and is accepted on a first-come, first-served basis.

This season’s previous Open-Minded Mic nights have featured Griffin Kelly, who hosted in January and banjo player extradinaire, Chloe from Australia who hosted in March. There are sure to be new acts to enjoy as well as some old favorites returning. BluSeed continues to promise “an eclectic and entertaining mix.”

BluSeed Artistic Director Carol Vossler, stresses that, “Though the setting is informal and supportive, it is a professional setting nonetheless with sound engineer Russ Feher on the sound board to ensure that all performers have the same professional experience.”

Door prizes and refreshments add to the festivities.

Open-Minded Mic Night takes place in the BluSeed Gallery. The gallery currently features a fund-raiser for the Humane society with animal art on display. The juried show, “One-Earth” opens on June 7, submissions are still being considered.