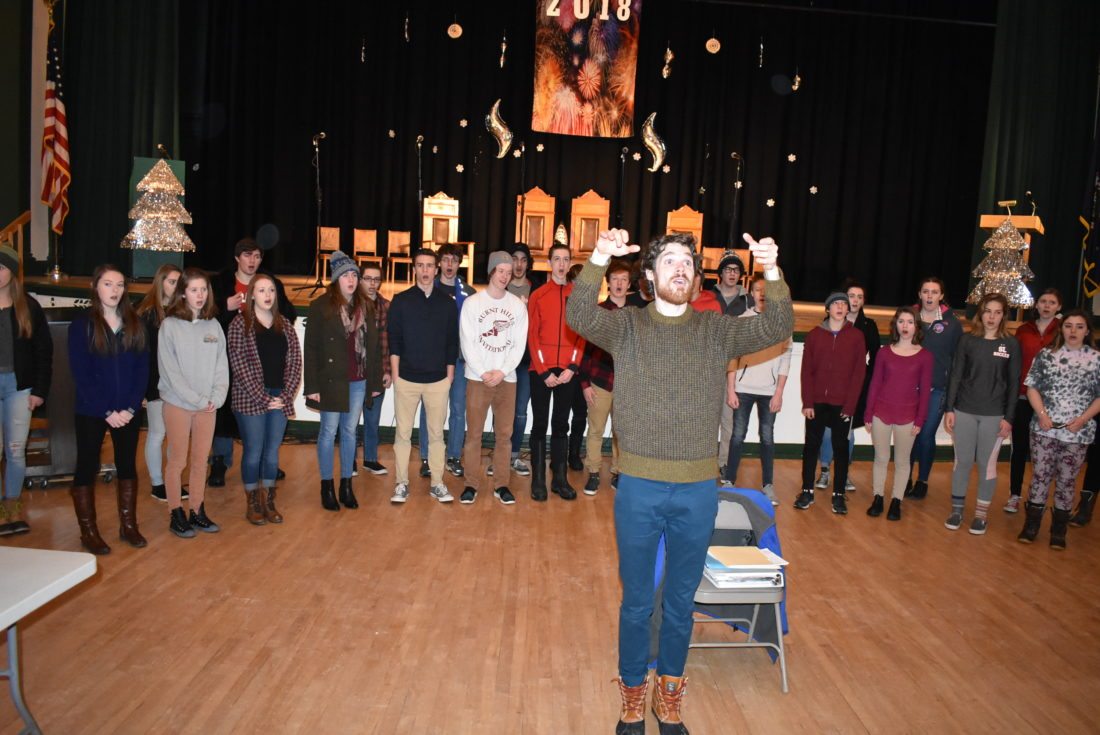 What: The Rotary Club of Saranac Lake Variety Show 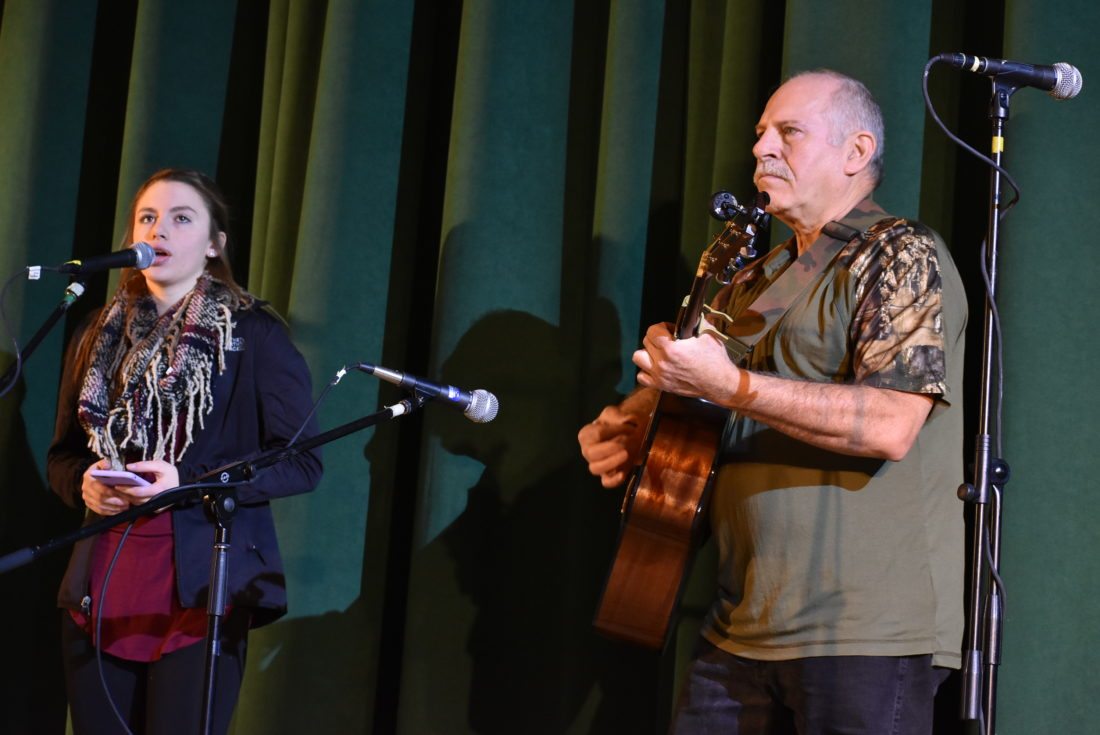 The Rotary Club of Saranac Lake will host its annual Winter Carnival variety show Friday at 7:30 p.m. at the Harrietstown Hall. Tickets are $15 in advanced and $20 at the door; however, the show tends to sell out its roughly 300 hundred tickets before night of the performance.

“We get plenty of ticket orders from out of town,” she said. 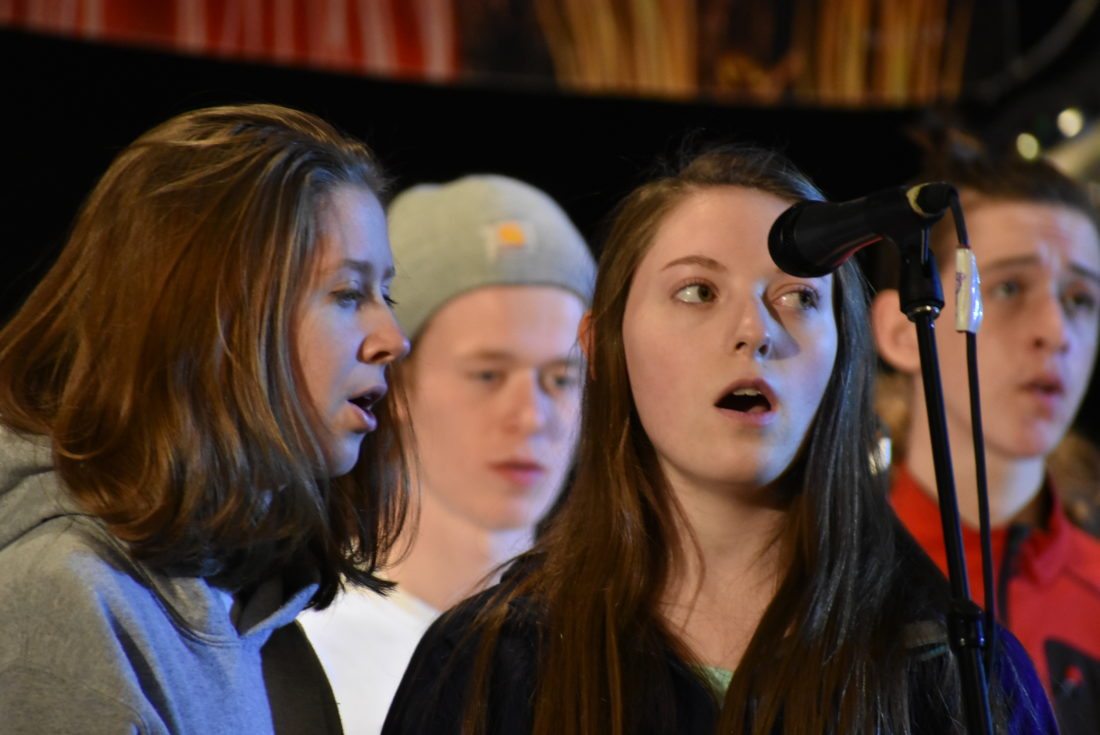 It’s a variety show, meaning the night isn’t dedicated to one particular form of entertainment, but a whole bunch.

One of this year’s performances is from the Saranac Lake High School vocal ensemble conducted by vocal teacher Drew Benware. At a rehearsal Sunday, the students delivered impressive renditions of “White Winter Hymnal” by Fleet Foxes and “Stay” by Zedd and Alessia Cara.

Pendragon Theatre will perform a scene from its latest show, a female version of Paul Simon’s “The Odd Couple.” The Paul Smith’s College Woodsmen team will stop by for a skit and expo highlighting their wood chopping skills.

The Rotary Club’s variety show has been going on for the better part of a century. The club held its first variety show in 1929, but the 1951 show at the now gone Pontiac Theatre started the annual tradition that is still going strong today.

Back then, reserved tickets cost $1.50 and general admission cost only $1. Kids tickets were a mere 75 cents. The show featured Vaudeville acts, a magic routine, the high school orchestra and others. One comedy act, “Operation Carefree,” had local physicians such as Dr. Donald Richter and Dr. Walter Taylor removing an ingrown hair from a patient on an operating table. The pun was that the ingrown hair was actually a live rabbit.

There was a singing performance from the Mildew Sisters, who were actually three dudes. One of whom wore a large hoop skirt. In fact, there was a good amount of drag in the old days. Pretty much every act – “I thinka you touch,” “Wives of the Rotarians” and “Operation Carefree” — had male cross dressing involved in someway.

In years past, the show would always end with a wacky song and dance number that usually involved some male cross dressers. The level of drag has definitely calmed down while diversity among men, women and children has increased, according to Brown, but it’s all still pretty wacky.

“That was back when we thought that was fun,” Brown said with a chuckle. “Those are changes that we started making, like, 10 years ago.”

Club member Jon Banta added that Rotary clubs across the world started taking on female members in the 1980s.

“The clubs changed quite dramatically in terms of the dynamics of community engagement and involvement,” he said. “The diversity has a much stronger base, which I think the Rotary is building for the next generations.”

The variety show gives a stage for local talents and garners plenty of laughter, but there’s a lot of goodness and charity that plays a role as well.

Throughout the year, much of the money the Rotary Club raised went toward feeding the hungry and providing good reading material to school children.

“We put a book in the hands of every child,” Brown said. “Reading is fun. You just gotta read the right stuff.”

Brown also mentioned how a lot of people in the area are not eating enough. The club gives funds to the backpack program at Saranac Lake School District, which provides food to students who may not get enough to eat at home. The club also donates food and money to the Grace Pantry at the Baldwin House at 94 Church St.

The whole point of the show is to get people involved with the fun and charity that the Rotary Club offers Saranac Lake and the world. When asked if she had or would ever participate in the variety show, Brown laughed and said, “That takes talent. I was kicked out of second grad choir as a kid.” 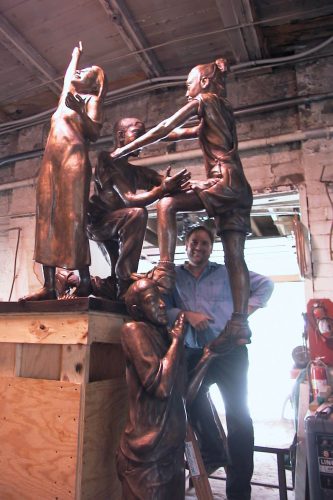