Some road washouts will persist into spring

All Essex, Hamilton County roads have been reopened, but Warren County isn’t so lucky 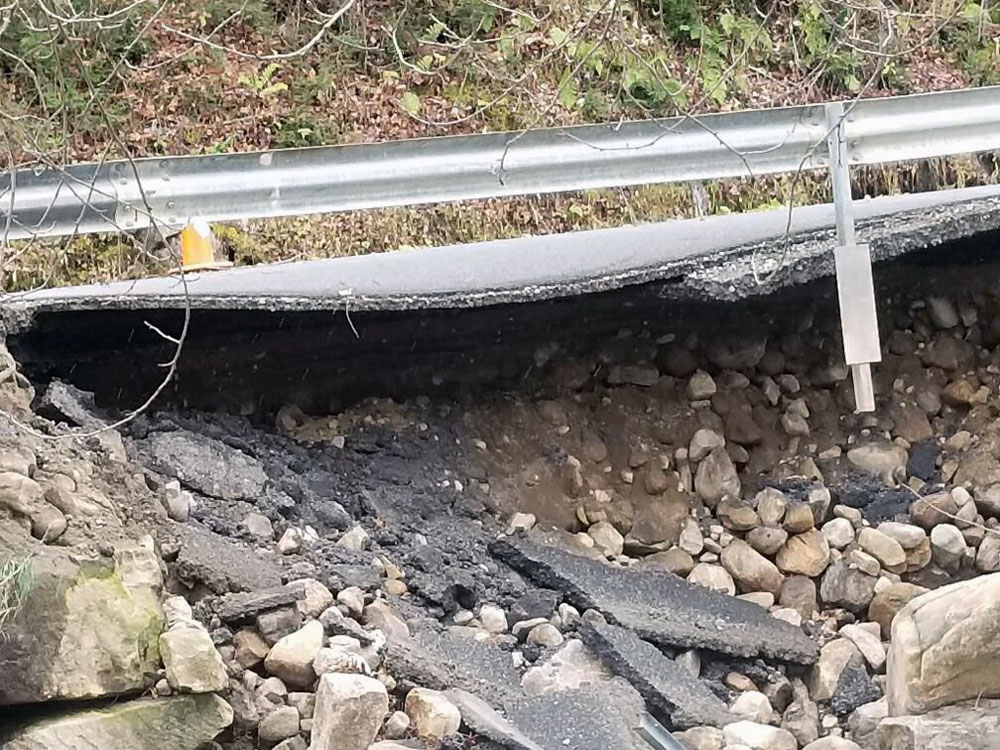 If you are trying to drive on Padanarum Road in Bolton, you aren’t going to get far.

A short distance from the Route 9N intersection, flooding by Round Pond Brook tore the road away from around the bridge during last week’s storm, so the bridge sits suspended with a 4-foot drop on each side.

Padanarum Road, a remote road with few year-round homes on it, has a long history of washouts in different places, but it will be closed indefinitely this time because of the extent of the damage.

Padanarum is one of a number of roads around the region that will require extensive repairs, and those may not be made until next spring as assessment of damages continues.

Neil Bradley, the town’s highway superintendent, said some residents who think one lane of the dirt road is passable are upset about the closure. But Bradley said the entire retaining wall is structurally unsound and in danger of collapse. The portion that washed out undermined the pavement all the way to the center of the road, he said.

The retaining wall has continued to collapse since the washout last week, he added, and it is 15 feet down from the road to the brook.

“It’s not safe,” he said. “We’re going to try to fix it starting next week to try to get one lane open, but it could be all winter.”

Bradley and Warren County Public Works Superintendent Kevin Hajos said one of the problems with trying to expedite repairs this time of year is that public works vehicles have already been outfitted for winter, with plow and salt/sanding equipment.

“This time of year we are suiting up the trucks for plowing, and it’s hard to unsuit them,” Hajos said.

Hajos said his department hopes to have New Hague Road in Hague reopened next week, but Trout Brook Road in Hague and Thirteenth Lake Road in Johnsburg need repairs that will take a number of weeks.

Don Jaquish, Essex County’s director of emergency services, said all of the county’s major roads that were damaged had been reopened as of Friday. He said state officials planned to visit the county Tuesday to begin an assessment for disaster aid.

In Hamilton County, Route 30 was closed between Indian Lake and Speculator for several days because of damage, but state Department of Transportation spokesman James Piccola said Friday it has reopened, although traffic is limited to one lane in spots.

Officials in Warren, Saratoga, Hamilton and Essex hope to get reimbursement for millions of dollars of infrastructure damage from heavy rain, flooding and high winds Oct. 31-Nov. 1.