The art of the new 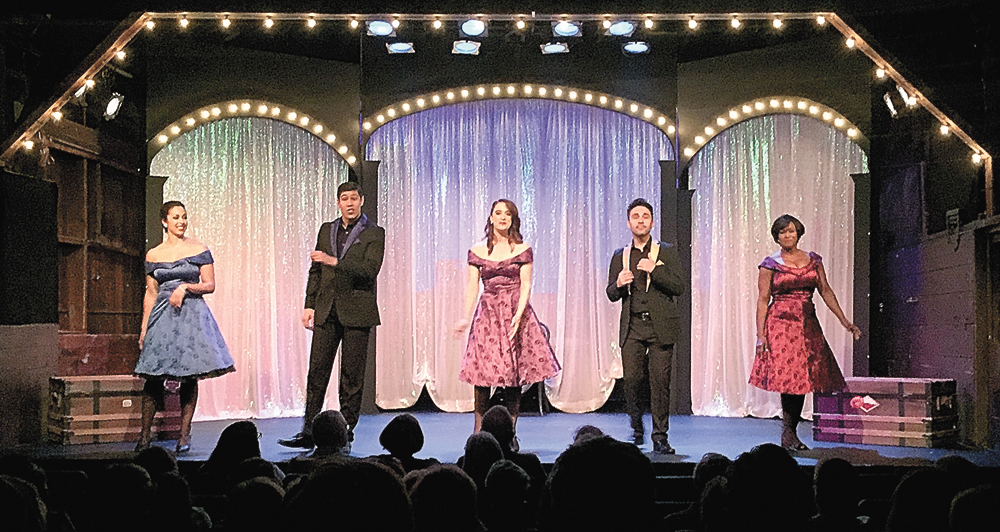 From left, Megan Koumis, Dan Bob Higgins, Lauren Gemelli, Michael Indeglio and Zoie Morris sing during the opening act of The World Goes ’Round on Friday, June 28 at the Depot Theatre in Westport. (Photo provided)

In 2018, the Depot Theatre celebrated its 40th anniversary with a trio of productions that hearkened back to the past: “Always, Patsy Cline,” “The 39 Steps” and “Ain’t Misbehavin’.” All three had been produced in a previous season at the Depot and were selected based, in part, on survey responses from patrons of the theater.

For this upcoming season, the emphasis is entirely on the new. The Depot has a new producing artistic director, Kenney M. Green, and the season consists of two musical revues and a play not previously produced by the company, each of which speaks to an overall theme — involving no less a subject than our shared humanity — the use of which is, to my knowledge, a first since I’ve been attending shows there going back to about 1999.

The three mainstage shows are:

¯ “The World Goes ‘Round” (which runs from June 28 through July 14), described in a Depot brochure as “a clever collage” of songs by “multi-Tony award-winning team” of composer John Kander and lyricist Fred Ebb, pulled from such mega-hits as “Cabaret,” “Chicago,” such less well-known shows as “The Act” and “Woman of the Year,” and the scores for the films “Funny Lady” and “New York, New York”

¯ “An Act of God” (July 19 to Aug. 4), a comedy in which the title character answers some of human beings’ most perplexing questions. 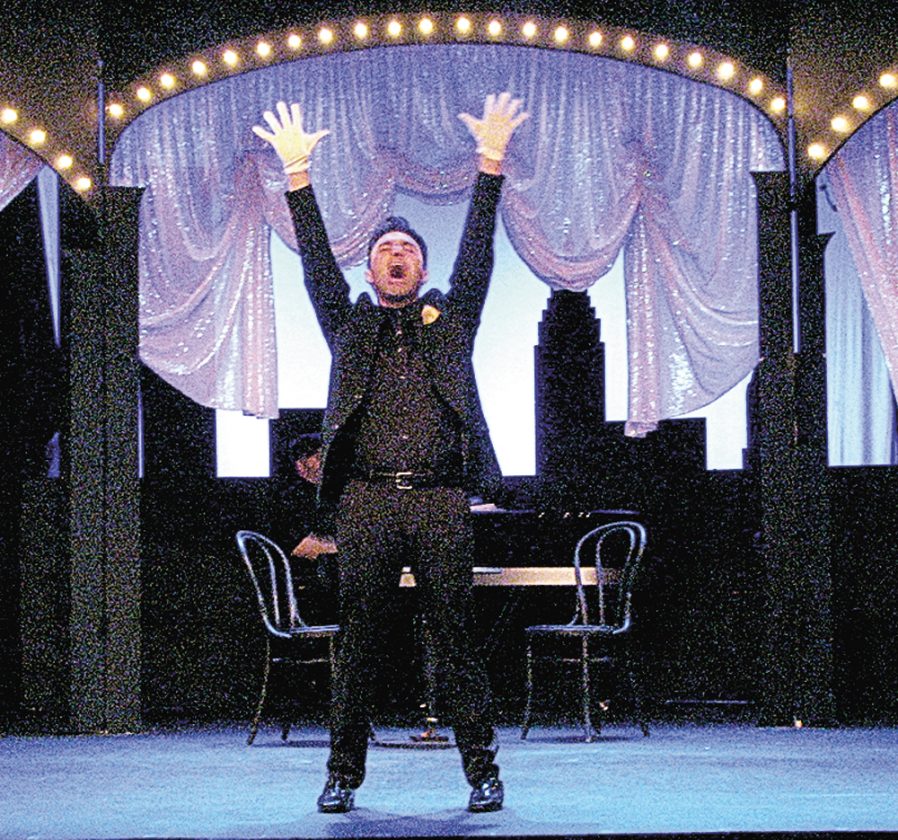 Michael Indeglio performs “Mr. Cellophane” from “Chicago” during “The World Goes ’Round” at the Depot Theatre. (Photo provided)

¯ “Forever Plaid” (Aug. 9 to 25), a revue in which four childhood friends get one shot at musical immortality performing such ’50s favorites as “Three Coins in the Fountain,” “Chain Gang” and “Love Is a Many-Splendored Thing.”

For his first season as producing AD, keeping in mind that the Depot was coming off of an anniversary season entirely comprised of audience favorites, Green rejected “arbitrary” choices and instead sought a mix of vehicles that reflected his own taste in theater yet still meet the high-quality standard Depot audiences have come to expect from the company.

One of the first choices he made was the decision to direct one show, but only one show, each season. This year that show is “The World Goes ‘Round,” and the rationale behind that choice may offer insight into Green’s overall approach to programming and other artistic components of his job as producing AD going forward.

Green’s relationship with the Depot goes back a good 10 years to both onstage and offstage work on such productions as “Five Guys Named Moe,” “Smokey Joe’s Cafe” and “What a Glorious Feeling!” After a lengthy hiatus, he came back last year to direct “Ain’t Misbehavin’.” While working on these shows, he encountered Depot patrons and actors alike regularly wondering why the theater wasn’t doing bigger shows like “Cabaret” and “Chicago.”

“‘Cabaret’ always popped up,” he said in a phone interview. “Many people know the show from the movie version, which they recall seeming to consist of a few main characters. But ‘Cabaret’ is a huge show … with a large chorus that you can’t do without.” 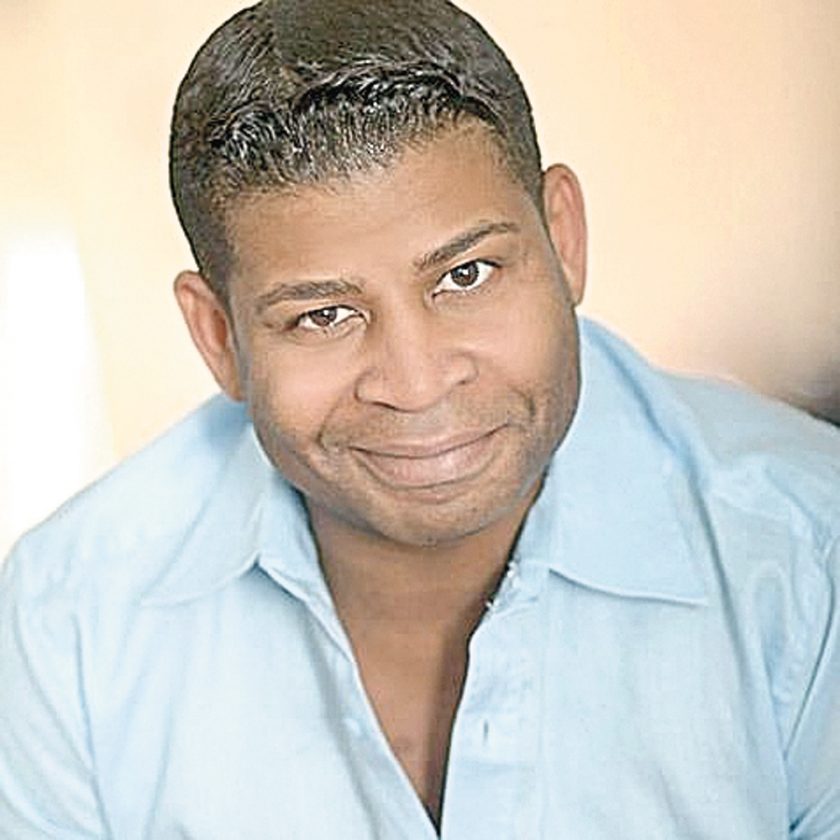 Unfortunately, beside sheer economics, limited actor housing is the main reason the Depot cannot currently producing large-cast shows. The beauty of doing a revue such as “The World Goes ‘Round,” Green observed, is that it allows a cast of five performers to do bits and pieces of much larger productions such as “Cabaret” and “Chicago.”

“Not only do our actors get to do numbers from these great musicals; our audience gets the thrill of seeing those numbers performed on the Depot stage,” he said.

Such thrills, it appears, will be enjoyed by more than just the audience and the actors: Green, who will choreograph as well as direct this season opener, loves the music of Kander and Ebb and describes himself as a “huge Fosse person” — that is, Bob Fosse, the director, choreographer and main creative force behind the film version of “Cabaret” and the original Broadway production of “Chicago.”

“When I first moved to New York, I took every Fosse class I could,” Green said. “I love the simplicity of it, the sexuality of it. … Every step, every gesture meant something.”

Reared in Fresno, California, Kenney attended Fresno State University, where he majored in English and focused his interest in the arts on playing trumpet in the college orchestra. He did do theater at the time, but it was at an off-campus dinner theater. Fresno proved to be a good jumping-off point for a career in theater — it’s where the great contemporary Broadway performer Audra McDonald got her start, by the way — and it launched Green’s pursuit 3,000 miles east to the Big Apple, where at least one of the dance classes he took was taught by someone who had studied with Bob Fosse. 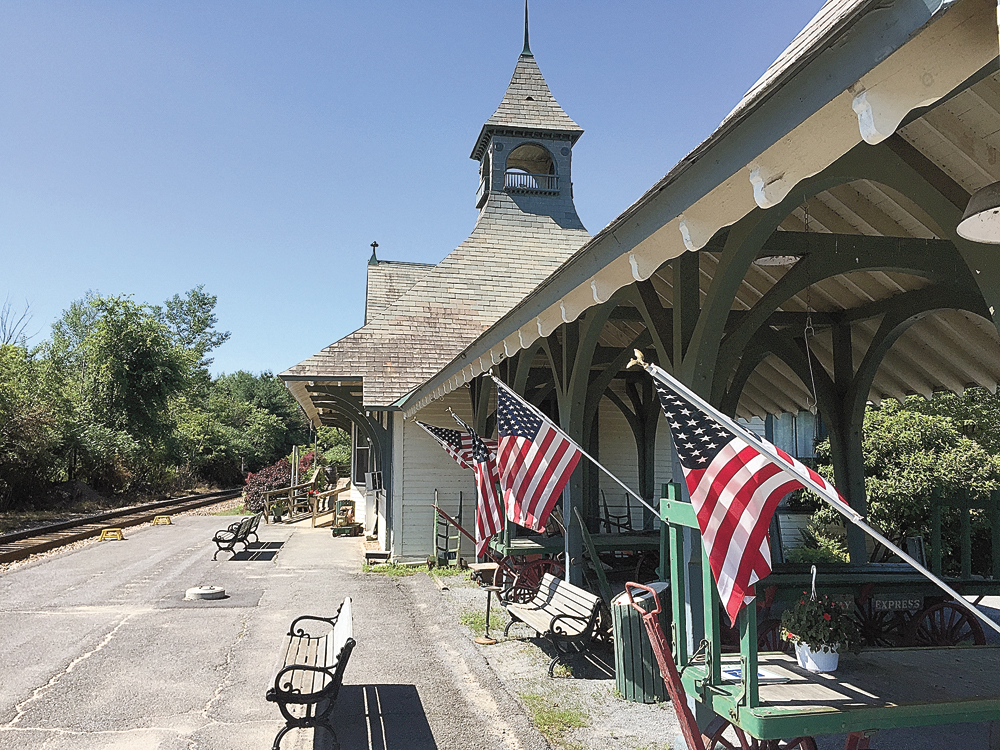 Looking back at that time from the vantage point of today, Kenney values that early training and plans to put it to good use directing and choreographing for “The World Goes ‘Round.”

Asked if Fosse’s dance style was more sensual than sexual, Green stuck with his original description. The sexuality of Fosse’s choreography was not meant to be offensive but rather a celebration of the body and the physical, he suggested: “Fosse was a very sexual man in his private life. He toned things down for the shows, but his choreography always kept the meaning.”

For the remainder of the season, Green is bringing in two directors who are new to the Depot. John Treacy Egan, who will be at the helm of “An Act of God,” has acted in approximately a dozen Broadway shows, and his directing credits include a regional production of “Avenue Q” that featured Kenney. Meanwhile, Kristin Keim brings a ton of fringe-festival experience to “Forever Plaid,” the combination of which looks like a study in stark contrasts.

“‘Forever Plaid’ is the opposite of fringe in the overall structure of the show,” Green admitted. “But it’s a very prop-heavy show in which the four actors playing the Plaids have to make stage magic out of nothing. It’s about four high school boys who start a singing group. On the way to their first gig, their vehicle is hit by a bus full of Catholic school girls.”

Without giving too much away, I can report that the consequences are dire but the show does go on.

“Everything goes wrong, and one of the Plaids even has to eat fire,” Green said. “It’s very wacky, and Kristin’s fringe experience will definitely come in handy.”

Looking beyond this first season, Green’s goals for the Depot include the implementation of year-round programming, something he, Executive Director Kim Rielly and the theater’s board of trustees are working on figuring out how to achieve without financially hemorrhaging the organization. Artistically, Green wants to include newer work by composers and playwrights created from 2000 on and intends for at least some of it to be “edgy,” which, in his view, does not mean “dirty” or full of curse words.

“I have no desire to do any show that’s been done here in the past 40 years,” he said. “And by edgy, I mean new stories, new heroines, new heroes — stories we haven’t seen before on the Depot stage.”

He credits Executive Director Rielly and the Depot board with the tremendous sense of support and partnership he feels.

“Ever since Kim and I started working together, I couldn’t ask for a better partner in crime,” he said. “We talk every day, and I feel very supported.”

(Editor’s note: Fred Balzac’s wife, Kathleen Recchia, is a member of the Depot Theatre Board of Trustees, which is a volunteer position.)