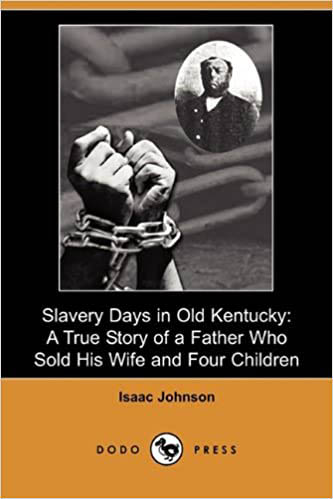 It took adaptation into a movie for the memoir “Twelve Years a Slave,” by Solomon Northup, to gain the audience it deserved. Northup, a free African-American, was kidnapped in Saratoga Springs, drugged and sold south as a slave to plantation owners in Mississippi. When he finally managed to escape in 1853 and return north, he rejoined his family in Glens Falls.

Another, albeit much shorter memoir of the slavery experience also has connections to New York’s North Country. “Slavery Days in Old Kentucky,” by Isaac Johnson, has received far too little attention. I only ran into the work when browsing used books at a local museum.

What caught my eye right away was Isaac Johnson’s birthplace. He was born in 1844 near Elizabethtown, in central Kentucky. My wife grew up not far from there, and I’ve visited many times. I became curious how this man ended up becoming prominent in Clinton and St. Lawrence counties in northern New York.

Johnson, unlike Solomon Northup, was born into slavery. He was the son of his mother Jane and the man who owned her. Such was the nature of the South at that time.

If you take out a map and locate Elizabethtown, you’ll see a nearby hamlet named Hodgenville. There’s a certain irony that Johnson entered the world only a handful of miles from the birthplace of the man who ultimately freed all enslaved people in the United States, Abraham Lincoln.

Johnson’s family stayed together for the first seven years of his life. They worked on their owner’s farm, focusing, as did most Kentucky farmers, on the tobacco crop. What many don’t realize is that the collapse of the tobacco economy in the upper South led to a much worse situation for many enslaved individuals.

What happened to Johnson’s family was typical of the cruelty endured by many other blacks in servitude. Owners usually had little interest in preserving their slaves’ family ties. He, his siblings, and his mother (who, remember, had lived as her owner’s wife for years) were each sold to a different buyer. None of them would ever see each other again.

The searing text includes descriptions of the torturous death inflicted on a friend who tried to leave the plantation. That solidified Johnson’s decision to escape himself. He found work as a cook with a Civil War regiment from Michigan, eventually going north with them. There he joined a newly formed African-American troop, ultimately seeing action in South Carolina and Florida, and suffering wounds on multiple occasions.

After the war, Johnson worked on ships plying the Great Lakes, then eventually arrived in the St. Lawrence River Valley. Managing to perfect the skills of stone masonry, he began building homes. In 1881, he got a commission for his first major project, the United Methodist Church in Morrisburg, Ontario.

Soon he found work across the river in Waddington, New York. There he built the Presbyterian church, a stone bridge that still stands, and perhaps his most notable effort, the village’s town hall with its 50-foot tower. During the years 1888 to 1890, he constructed a Catholic church in Churubusco, in Clinton County, another quite formidable creation, complete with another tall tower.

This slim memoir, written from memory during the 1890s, was designed to raise money for Johnson’s children’s college tuition. He also expressed the faint hope that members of his family might see the work and learn how his life turned out. But he also strives to clarify the tragic nature of what he alliteratively calls the “villainous vocation of the Slave Trade.” Insightful commentary by Cornel Reinhart, a professor at St. Lawrence University, adds considerable context to the book.

To read this book, you’ll likely need to scour used book stores, go online or pay a visit to your local library. The effort will be well worth the time. It may take only an hour to read, but what you learn will stay with you for years.