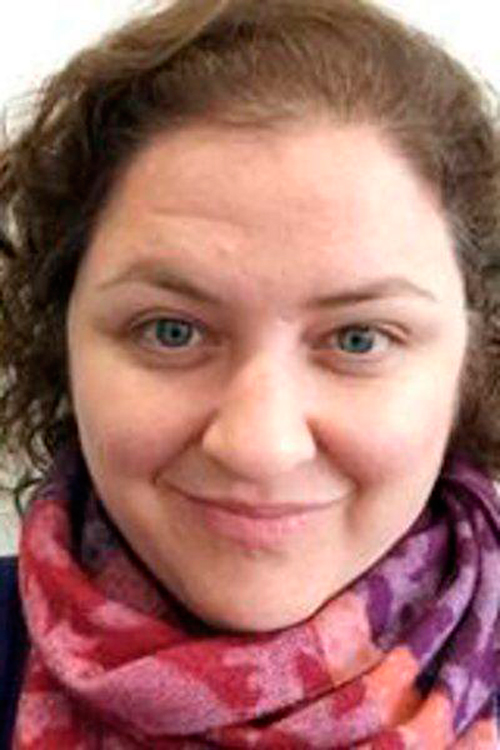 When the administration of Gov. Andrew M. Cuomo announced the hiring of Shoshanah Bewlay as the executive director at the Committee on Open Government last week, it came as news to many of the body’s 11 commissioners — by design. The Cuomo administration had ordered Bewlay’s hiring stay under close wraps until just before a press release was issued Jan. 6, keeping the news secret from even the people overseeing the entity.

Peter Grimm, who was appointed to the committee by Cuomo, had no idea Bewlay had been hired until he read about it in the newspaper.

“I read her bio, and I look forward to learning more about her,” said Grimm, the minority leader of the Rensselaer County Legislature.

The Cuomo administration’s extensive efforts to tightly control public information are well-established. New York is widely viewed as among the most challenging states in the country to obtain public records, despite a law on the books outlining the information that is presumed to be public. In her new role, it’s also not clear if Bewlay will be allowed to push back — or if she wants to.

During her prior four years in the Cuomo administration, Bewlay was general counsel at the state Office of Information Technology Services and oversaw agency responses to open records requests. She routinely wrote opinions in favor of delaying and denying Freedom of Information Law (FOIL) requests, ruling against the Albany Times Union in 10 of out 10 decisions she issued last year to the newspaper.

The committee, a very small office within the Department of State, is a quirk within state government where its staff attorneys in the past have focused on writing legal opinions about whether states agencies are justified in their decisions concerning the Freedom of Information Law requests they handle. It also is tasked with providing guidance and opinions on other open-government matters, including the Open Meetings law.

The opinions — sometimes cited in court cases — aren’t legally binding and the Cuomo administration and many other government entities have routinely ignored them. Still, in a state government culture where public dissent is shunned, the committee’s opinions, most of them written by the now scandal-plagued former executive director, Robert J. Freeman, have at times cast doubt on Cuomo’s transparency practices.

The committee, which issues annual reports on matters involving government transparency, had been known for its independence under Freeman, whose legal expertise built over decades in the job gained him acclaim and influence with the news media, masking a darker side. Freeman resigned in disgrace last year after a state investigation found he’d simultaneously engaged in extensive sexual harassment of women who were either co-workers or journalists.

The level of autonomy enjoyed by Freeman may be ending with his successor. In the state inspector general’s report documenting Freeman’s misdeeds, the office found that his frequently-made statement — that he “answered to no one'” in state government — meant he had too much freedom, which allegedly enabled his unbridled harassment.

“The inspector general recommends implementation of a clear supervisory and reporting structure for Freeman’s successor,” the office wrote.

After Freeman’s departure, government-reform groups called for a replacement that would be perceived as independent from the state’s political power structure. Instead, Cuomo picked someone who for much of her career thus far has worked under the governor.

Bewlay, who is being paid $180,000-a-year in the new job, said in a statement that she takes “very seriously the role this office has in promoting an open and transparent government for the people of New York.'” She said the office will continue the “committee’s important mission to advise the government, public, and news media on the Freedom of Information, Open Meetings and Personal Privacy Protection laws.'”

“The committee and its staff will continue to offer guidance, prepare written legal advisory opinions and deliver training to interested groups,” she said. “I look forward to working with the committee, members, the press and other stakeholders committed to honest and open democracy.'”

Bewlay declined to be interviewed for this article or to answer written questions about her past work at ITS. She did not provide copies of her past legal decisions at the agency concerning FOIL requests, stating that those records themselves would have to be provided through FOIL.

Of the 11 Committee on Open Government commissioners, six must be members of the public not in an elected office, and at least two must be current or former representatives of the news media. But many of those members had little role in Bewlay’s hiring.

The Cuomo administration, in fact, asked members of a five-person group that led the search for an executive director — made up of Department of State officials and commissioners — not to tell the full board of directors about the hiring decision. Just before a press release was issued announcing the hiring, the committee’s chairwoman, attorney Franklin Stone, sent an email announcing the hiring to the other commissioners.

“We were asked by DOS to hold off on informing the full board until everything was final, and I only got authorization to send an email to the (committee’s) board an hour or so before the press release was issued,” Stone said via email.

Bewlay was “the best candidate among many impressive applicants,” said Stone, an appointee of Assembly Speaker Carl Heastie. “We are looking forward to her leadership as (the committee) enters a new era.”

The Department of State did not answer questions about why it kept the process so secret. Unlike some other positions in state government, nothing in law required the committee’s commissioners to vote to approve the hiring. Instead, the decision and process were left to Cuomo.

As the top lawyer at the Office of Information Technology Services, Bewlay had an office across the hall from Robert Samson, the top official at the agency during the final two years of her tenure. There, she gained a reputation as an adept attorney, as well as Samson’s staunch defender.

In late 2017, an anonymous letter sent to Cuomo’s office, outlining still-unproven allegations of wrongdoing by ITS leadership, sparked an inspector general’s investigation into the agency — and a bunker mentality.

In March 2018, after the allegations were anonymously posted on a website, NysITSCorruption.com, the office’s leadership shut down its employees’ access to the website from their work computers.

In addition, according to a person with knowledge of the matter, Bewlay was prominently involved in an internal ITS effort to root out the state employee or employees that were leaking internal information. The technology office has denied the anonymous allegations.

After more than two years, the inspector general’s office has still not closed the inquiry into ITS.

In 2018, the Times Union filed a number of Freedom of Information Law requests related to ITS and Samson, whose conduct has also been the subject of an inspector general’s investigation. The counsel’s office, run by Bewlay, was tasked with responding.

In response to the Times Union, an ITS FOIL officer delayed filling a number of the requests for phone and email records, and cited exemptions permitting the agency to not fill another at all — both common occurrences in responses from agencies controlled by the Cuomo administration. The Times Union then filed a series of 10 appeals in 2018, seeking reversals.

As the top lawyer at ITS, Bewlay was in charge of adjudicating the appeals. And in all ten instances Bewlay ruled in favor of the ITS FOIL officer, confirming the decisions to delay or deny access to records — and ruling against the newspaper.

Bewlay worked at the state attorney general’s office under Cuomo beginning in 2007 and remained there until 2014. Previously, Bewlay worked as an associate at two major law firms — Skadden Arps and Gibson Dunn — where she “specialized in the defense of large corporations in securities and tender offer litigation,” according to the press release announcing her hiring.

A major aspect of Bewlay’s job at both the attorney general’s office and ITS was overseeing its “eDiscovery'” tool, a feature of Microsoft Office 365, which allows ITS to sift state employee emails for a particular search term. Last year, she refused to use that system to respond to FOIL requests from the Times Union for specific records.

Previously, the state Department of Health had told the Times Union it could not fill a FOIL request seeking a search of agency employee emails for terms related to Crystal Run Healthcare, a major Cuomo campaign donor.

But using its cloud-based system — which ITS implemented to much fanfare in 2013 — ITS can conduct searches of state employee emails for a particular term. When the Times Union asked ITS to do the email search that the health department claimed it could not, the ITS FOIL office under Bewlay refused. “The law does not require it,” an ITS spokeswoman told the Times Union last February, “and the process is inconsistent with the purposes of FOIL.”

John Kaehny, executive director of the government reform group Reinvent Albany, said that he does not expect Bewlay to go “head to head” with Cuomo’s administration the same way Freeman at times did, given her background working for the governor.

Instead, Kaehny said, she could use her technology background from ITS to do something about the antiquated way agencies and local entities keep track of FOIL requests and their progress.

Politically sensitive FOIL requests, such as those filed by journalists, are often delayed because they’re given an extra review by Cuomo’s office, which is alerted to records’ requests filed by journalists. But the vast majority of delays faced by New Yorkers are for simpler reasons: State and local governments can’t keep up with the volume and complexity of requests.

“Right now, the issue is less case law, and more one of customer service,” Kaehny said. “The system is in a complete meltdown.” 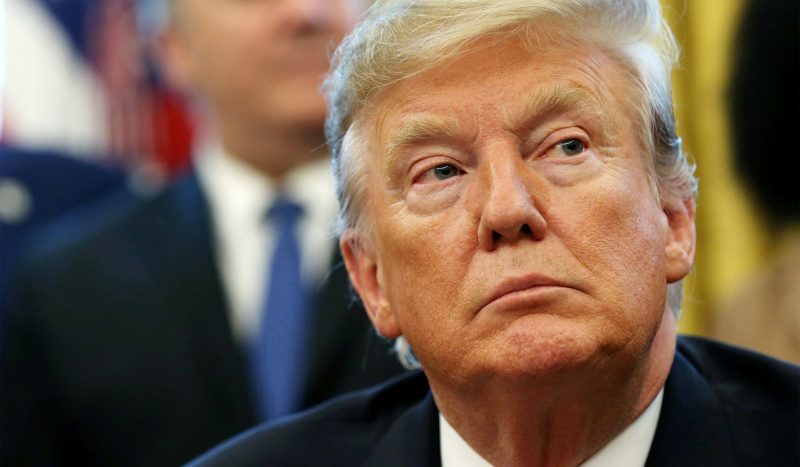 ALBANY — New York lawmakers on Thursday delayed immediate decisions on how to find $10 billion in potential ...

ALBANY — Gov. Andrew Cuomo and state lawmakers appear poised to scale back a series of controversial changes to ...

ALBANY — The push to legalize marijuana by latching the measure to state budget legislation has apparently ...