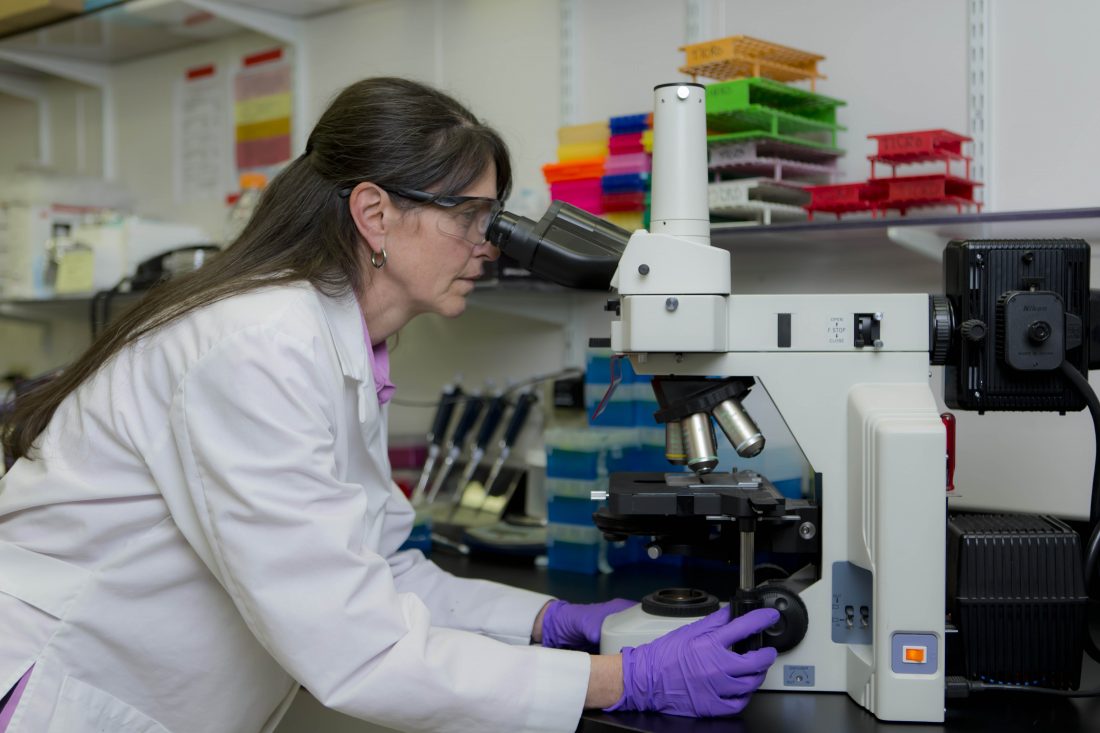 SARANAC LAKE — The disease was highly infectious. It spread through the air when someone coughed or sneezed, it attacked the lungs. It killed millions of people. That was more than 100 years ago.

At the forefront of treating and researching the disease was a Saranac Lake physician, Dr. Edward Livingston Trudeau, who established this country’s first lab to study tuberculosis in 1884 in his house.

The Trudeau Institute was built upon studying infectious diseases of the lungs, and its longtime hometown is known for fostering innovation in the field of public health. But earlier this year as researchers around the world started studying coronaviruses — which have been known since the 1960s, this current iteration being the seventh coronavirus, according to Trudeau Institute President Atsuo Kuki — it wasn’t clear what role, if any, Trudeau Institute would play in the fight against COVID-19.

“In January and February, we knew (the coronavirus) was serious,” Kuki said. “It wasn’t clear that Trudeau could make a difference.”

So at first, as the new virus wreaked havoc in Asia and spread through Europe, Trudeau Institute’s staff continued their focus on diseases such as tuberculosis, Zika and influenza. 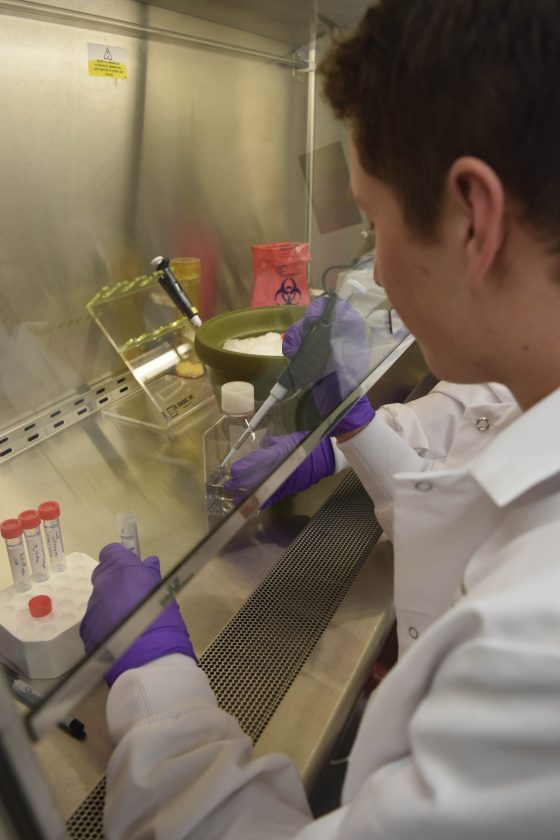 In March, the World Health Organization declared the coronavirus a pandemic, and New York reported its first confirmed case of COVID-19. Quickly the state became the epicenter of the pandemic in this country — and with rapid-fire closures and cancellations, the world as we knew it changed.

“In March, it became clear to Trudeau Institute, and others, that this was huge and containment hadn’t happened,” Kuki said. That’s when the institute’s operations shifted. 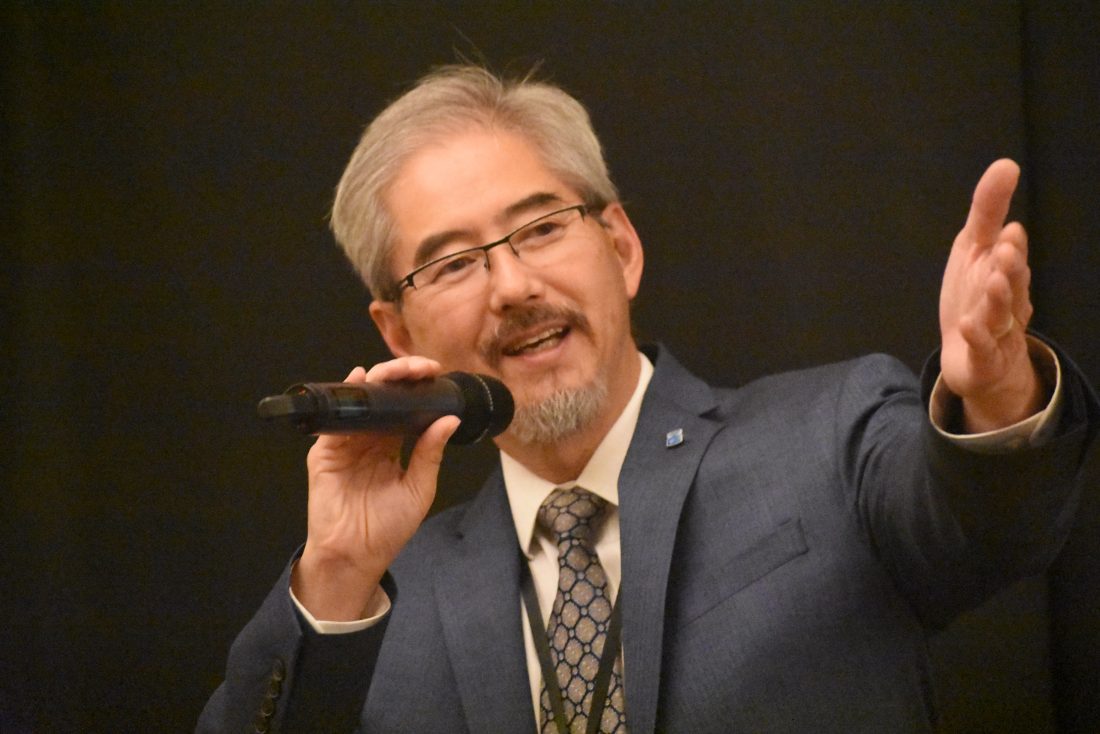 Two teams at Trudeau are now working on COVID-19 in one way or another. One group is focusing on both influenza and COVID-19. Another group, which initially focused on influenza and Zika, shifted about 90% of its operations to focus on a vaccine for COVID-19. A third team remains focused on tuberculosis, which continues to be Earth’s most deadly disease, killing 1.5 million people in 2018, according to the World Health Organization.

“The initial ramp-up we had to do on our own dime,” Kuki said of the COVID-19 research.

On top of its COVID-19 research, Trudeau Institute has partnered with another longstanding Saranac Lake institution, Adirondack Health, to do something the research facility has never done before: Manufacture chemical reagents that have let the health network drastically ramp up its COVID-19 testing.

As of earlier this week, the institute had delivered 4,000 vials of those chemicals to Adirondack Health’s Adirondack Medical Center hospital, expanding the local testing capacity dramatically. After two months of severely restricting who can get tested, Adirondack Health is now willing test almost anyone, preferably with an appointment.

Aaron Kramer, Adirondack Health’s chief operating officer, said the hospital is now ordering 2,000 vials at a time — and as long as there’s still a demand for COVID-19 testing, the hospital plans to keep placing those orders.

This collaboration is unique to this area. Though the institute has the ability to “modestly” scale up its operations, according to Kuki, with other sources now available for the sourcing of these chemicals, there aren’t currently plans to expand the manufacturing of chemical reagents to serve other areas.

“We can easily take care of the 2,000 vial lots that have had a beneficial effect in the Tri-Lakes area,” he said. “We don’t anticipate going larger than that.”

Trudeau Institute is also helping Adirondack Medical Center maintain its supply of personal protective equipment throughout the last few weeks. Using a decontamination technique that its researchers were already using — seeing as they deal with highly contagious and dangerous microbes every day — a small team at Trudeau has been decontaminating the hospital’s N-95 masks, allowing them to be reused instead of thrown away, according to Adirondack Health CEO Sylvia Getman. This is important because N-95 masks and other PPE are hard for hospitals to get these days.

“The shortage of PPE has been one of the great concerns of the health care industry, and of first responders,” Getman said. “It’s a significant relief to have this fantastic resource of international renown just down the road.”

She described the collaboration as been a “game changer” for the hospital. Because of the chemical deliveries, the hospital has been able to test all of its staff as well as residents of the Mercy Living Center in Tupper Lake, she said.

“Expansion of testing has been the number-one concern across our community — and within our organization as well, so we can get better data,” Getman said. “We really need to be able to track and trend what is happening within our community and compare that to the expectations, and make any changes we need to make.”

Kuki said the PPE decontamination and the chemical reagent manufacturing together use only about six of the institute’s 60 staff members, and not its Ph.D. scientists, which means it can do these things without taking away from its research.

In both cases, he said, the collaborations were spurred by Trudeau Institute staff who live in this community and bought the two institutions together.

“Prior to the epidemic, we had not done something like this,” he said. “We both care about our community a great deal. Responding together is the right thing to do.”

There are a few things people should know about the new coronavirus, according to Kuki.

“This virus is very efficient at transmitting,” he said. “It’s very unusual in the level of asymptomatic transmission.”

Whether you’re young or old, you can become very sick. And the impact of changes that are made at the state and federal level won’t be seen until weeks later, according to Kuki.

“The chance for containment is gone,” he said. “The question is how we manage it.

“We have to make sure our hospital systems are not over capacity, as would happen if we let this pandemic rage like an open fire,” he said.

Amid an overload of news, “Keep doing the smart thing,” he said. “Fundamental truth is out there. Don’t get distracted by the noise.”

Kuki said he’s aware that what is done to protect public health affects businesses and the economy, as well as people’s lives.

Getman believes this area has the opportunity to be a model for public health, but broadband internet access must be improved first, giving hospitals the ability to connect better with patients.

“I think people too often think of rural areas as remote areas,” she said. “We really are the front lines. With technology and innovation — technology isn’t a location. This is the appropriate environment, where innovation grows. Stay tuned. I think you’re going to see some remarkable things.”