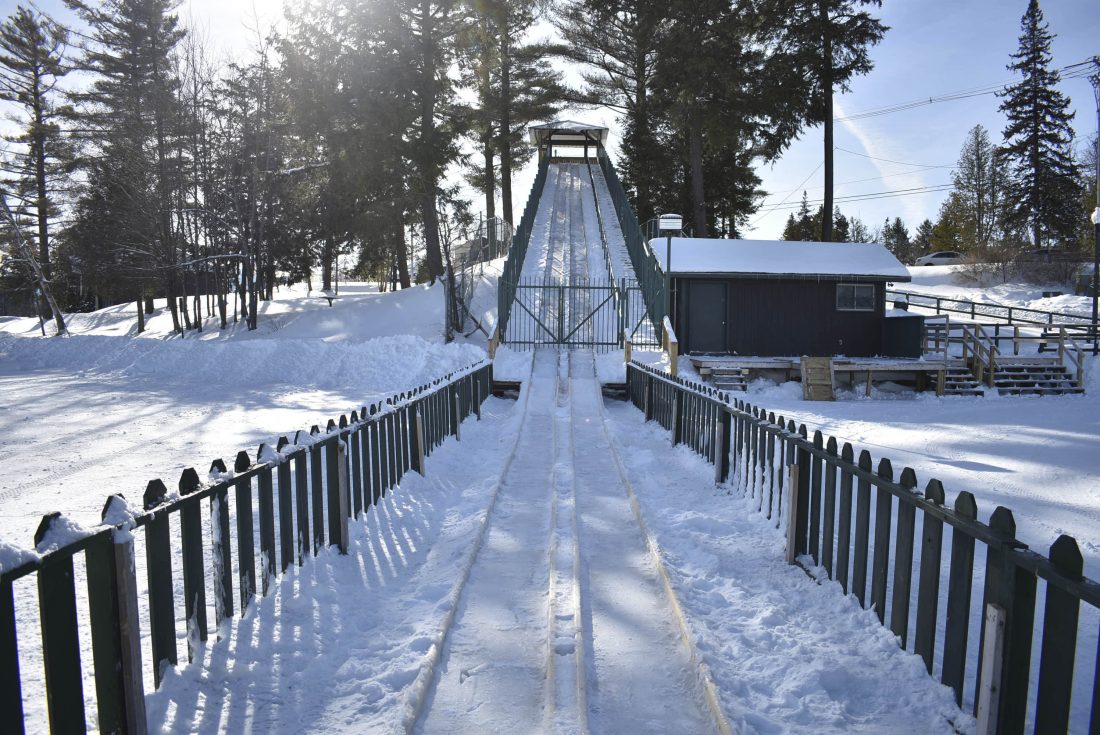 The chute opened this past weekend, according to North Elba Park District Manager Butch Martin. It’s expected to be open again this Sunday from noon to 4 p.m. and again from 7 to 9 p.m.

The town-owned attraction was initially expected to open for the winter last month. It typically opens on the weekend of Martin Luther King Jr. Day, but the opening was pushed back because of the mix of sunshine and precipitation here — and the occasional thaw. The park district typically waits until there’s 12 inches of ice on Mirror Lake before opening the chute.

The existing toboggan chute was built in 2017 and opened for the first time on Feb. 11 that year, though erratic weather conditions limited its operation to a handful of days. The chute is on the site of the old slide, which was removed because decades of use had rusted away its structure. The slide had been converted into a toboggan chute from a Lake Placid Club ski jump in 1965.

Tickets to ride the chute are $15 for adults and $10 for students. It’s cash only. The toboggan is open weather permitting. The National Weather Service in Burlington, Vermont is predicting a 40% chance of snow showers on Sunday, with a high near 33 degrees and a low of 12 degrees at night. The full schedule is available online at www.northelba.org.