‘I’ll Be Home for Christmas’ writer is buried in Greenwich 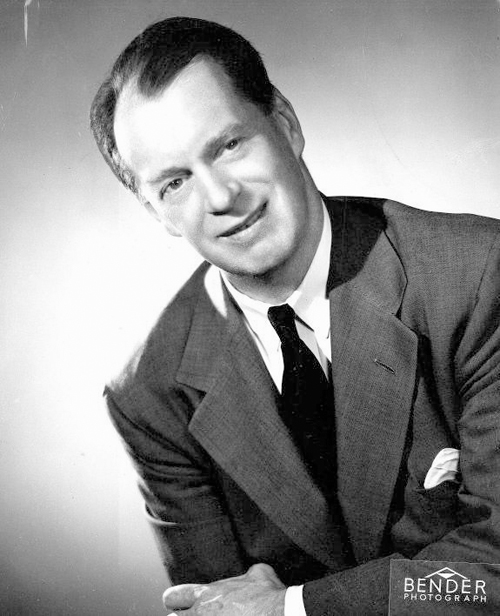 The songwriter who wrote “I’ll Be Home for Christmas,” was laid to rest in 1974 in his adopted home of Greenwich.

His gravestone in Greenwich Cemetery bears an etched wreath at the top. The words below say, “The Song is Forever.”

“Like a nod to Christmas, but it’s also a nod to the music,” said Greenwich town Historian Tisha Dolton.

James Kimball “Kim” Gannon was born in Brooklyn in 1900 to James and Harriet Kimball Gannon. Gannon’s mother was from Fort Ann.

He met his wife, Norma, while attending St. Lawrence College where, during his senior year in 1924, he wrote the school’s alma mater. 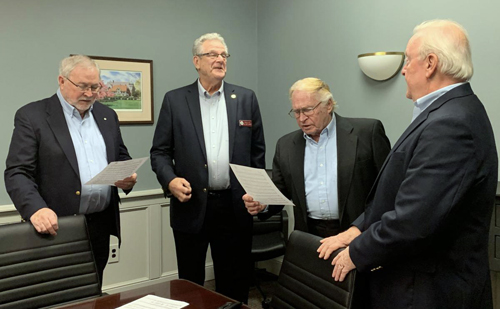 The two moved to Greenwich in 1929, when he took a job with New York Power and Light Corp., Dolton said.

“I don’t know if they knew somebody here or were just looking for places to settle when he got that job,” said Dolton, who calls “I’ll Be Home for Christmas” her all-time favorite holiday tune.

The couple lived in Greenwich until 1933, and during that time, Gannon attended Albany Law School, passing the bar exam in 1934.

The Gannons left Greenwich when he took a job with a law firm and relocated to Ballston Spa. At the same time, Gannon was hosting a show on Schenectady’s WGY radio station under the name Johnny Albright.

Five years later and still working as a lawyer, Gannon started writing songs. In 1942, he moved back to New York City and landed a contract with Warner Brothers, writing big band songs and lyrics for Broadway musicals.

“He wrote so many songs,” Dolton said. “He was up for three Academy Awards for songs.”

“I’ll Be Home for Christmas,” came out in 1943, sung by the rich baritone of Bing Crosby.

Gannon wrote the lyrics, while credit for the music goes to Walter Kent. It shot to the top 10 of the record charts, according to the Library of Congress, and became a holiday musical tradition in the United States.

The song touched the hearts of Americans who were then in the depths of World War II. “I’ll Be Home for Christmas” became the most requested song at Christmas U.S.O. shows in both Europe and the Pacific.

Gannon retired to Greenwich in 1949, but spent time in New York City and Florida, where he died in 1974. Norma died in 2000 and left a considerable amount of money to Greenwich, which helped create the pocket park just up from the school. It also helped fund the Greenwich Youth Center, Dolton said.

They are both buried in Greenwich Cemetery.

The song, still widely popular today, is often played and sung this time of year.

The Primrose Lane quartet of the Racing City Chorus croons the tune a cappella, although it was years before member Joseph Cutshall-King was told the songwriter was a Greenwich resident.

Cutshall-King felt an instant connection, since he is a local historian and author who also lives in the town of Greenwich and loves music.

“In mid-1943, Dad had shipped out to the South Pacific to serve on PT Boats. He left behind his pregnant wife,” Cutshall-King said. “I’ll Be Home for Christmas” was released in October, the same month their first child, Michael, was born.

“Mom said the song was so very sad for her and for so many others,” Cutshall-King continued. “Dad did not return home on leave until February 1945, when he arrived in Mechanicville to greet his wife and their 16-month-old son. Cannot even begin to imagine what that must have been like.”

Primrose Lane member Gary Glidden was singing with a quartet back in the winter of 1963 at a nursing home in Saratoga Springs when he got an interesting request.

After the performance, a nurse approached them and asked if they knew the song, “I’ll Be Home for Christmas.”

“We explained that that was one that we didn’t want to sing because it would remind people of being home,” Glidden said.

“She said, ‘Well, we have Kim Gannon’s mother here, and she’s very elderly’ — she was in her late 90s — and ‘Would you come to the room and sing for her?'” Glidden said.

The quartet gave her a private performance of her son’s song in her room. And, as Glidden recalls, “it was tough.”

“She was crying, and she thanked us so much, and she said ‘Kim would be so happy to hear that.'”