Duane actually got the foot of snow that was forecast 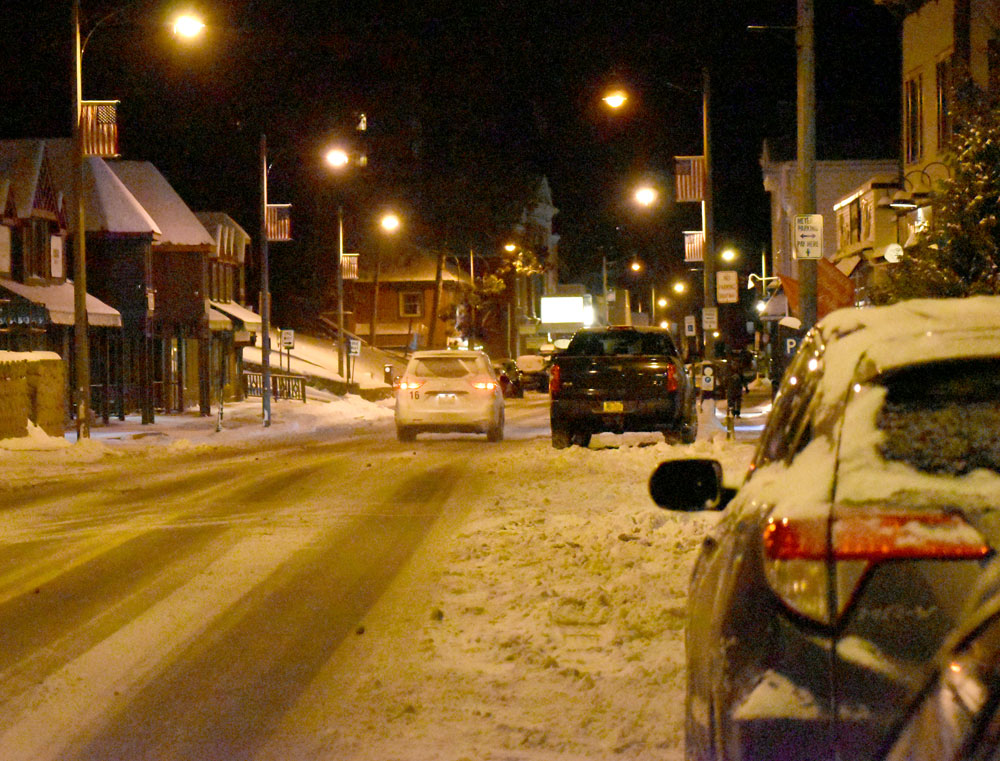 Between 6 inches and one foot of snow was predicted to fall on northern New York Monday night, and for the most part, snowfall in the Tri-Lakes came in below or toward the lower end of that estimate.

Lake Placid got 6.5 inches of snow overnight, according to the National Weather Service in Burlington, Vermont. Saranac Lake saw roughly 4 inches of snowfall. A total for Tupper Lake was not available.

With a total snowfall of 12.3 inches, the town of Duane in Franklin County saw the highest snow accumulation overnight among the northern New York areas covered by the NWS in Burlington. Malone came in at 11 inches and St. Regis Falls at 10 inches. The NWS received a report of 5.2 inches near Gabriels. In Essex County, Keeseville saw the most snowfall overnight at 9 inches.

Most local school districts and colleges announced delayed starts Monday afternoon or Tuesday morning, but none canceled classes altogether. The Saranac Lake, Lake Placid, Tupper Lake, Keene and Long Lake Central school districts issued notices of a two-hour delay ahead of the start of the school day Tuesday. The AuSable Valley Central School District and Adirondack Christian School in Wilmington had announced delays Monday night, as did North Country Community College, which delayed classes until 10:50 a.m., and Paul Smith’s College, which delayed its start until 11 a.m.

Local government offices were open as normal, and the town of North Elba kept its four public hearings and regular meeting on the schedule Tuesday night.

The snowfall made roads slippery, resulting in some crashes, vehicles getting stuck in the snow and incidents of property damage around the region.

New York State Police Troop B Public Information Officer Jennifer Fleishman said between 6 a.m. Monday and noon Tuesday, state troopers responded to assist 31 drivers with disabled vehicles across their five-county jurisdiction. Troopers also responded to 68 crashes that resulted in property damage and were on scene for five crashes that resulted in injury. There were no fatal crashes, however.

The village of Lake Placid started its overnight street parking ban on Nov. 1, and Saranac Lake and Tupper Lake’s bans are slated to start this Friday, Nov. 15.

The temperature today is expected to drop, with a high near 15 degrees and a wind chill as low as minus 10 degrees, according to Accuweather.