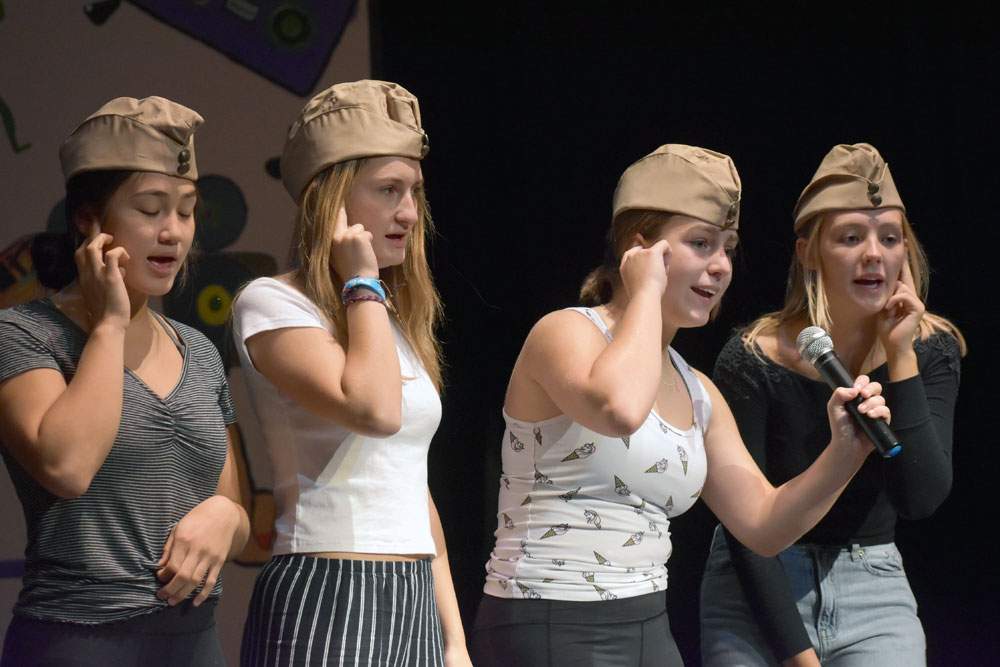 LAKE PLACID — Music these days just ain’t what it used to be. It seems like every 10 years that sentiment gets tossed around. Just wait a few decades, and kids will be making fun of senior citizens for rocking out to golden oldies from Lizzo and Tyler the Creator.

The Northwood School Drama Club will try to answer that question when they perform “The Good Old Days,” an original musical review, Tuesday and Wednesday, Oct. 29 and 30, at the Lake Placid Center for the Arts. Admission is free.

The show’s music is a compilation of classic pop songs from the 1920s and onward, while the story is original writing from senior Sarah Sheridan and school Theater Director Noel Carmichael.

“The concept is how every generation thinks its music of its youth was the best and the current generation’s sucks,” Carmichael said. “We wanted to play with that idea. Why does every generation feel that way?” 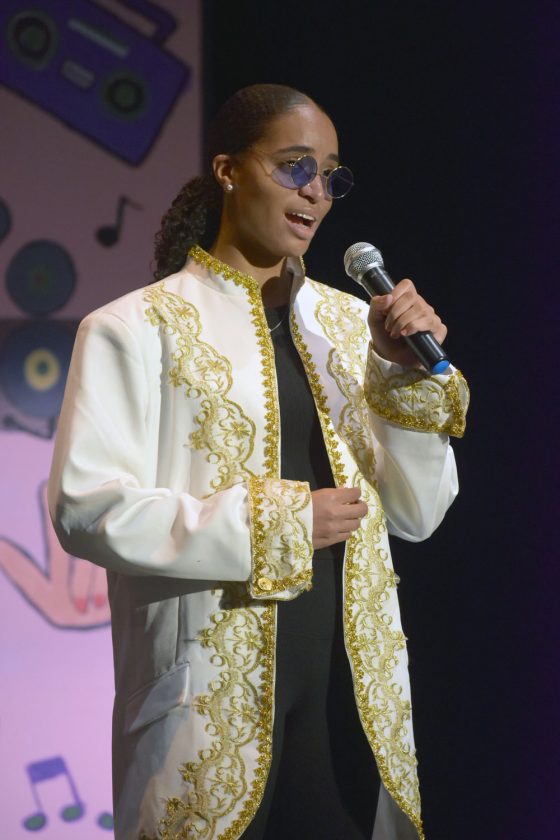 Because the show encapsulates the past 99 years of pop music, the characters embody the style and lingo of each generation. One minute the girls might be clad in ’50s poodle skirts, saying things like “daddy-o,” and the next they’re quickly changing into grungy flannels and ripped jeans, moshing to Nirvana’s “Smells Like Teen Spirit.”

“You don’t want to overdo it with the slang; otherwise it can sound too cartoonish,” Sheridan said. “For something like the ’60s, I kinda just asked my dad how he talked then. I also looked up some popular movies from each era to help round out the style.”

Sophomore Matthew Brady and freshman Maisie Crane put together to costumes for “The Good Old Days.” The two said they did a lot of Googling and scoured Pinterest to get the outfits just right.

“The ’40s and ’50s were definitely the harder decades because they’re very broad,” Crane said. “The ’80s were very colorful, but not a lot seemed to stick out in the ’50s.”

“Not a lot of people really own ’50s clothes anymore, too, so they can be hard to find,” Brady added. 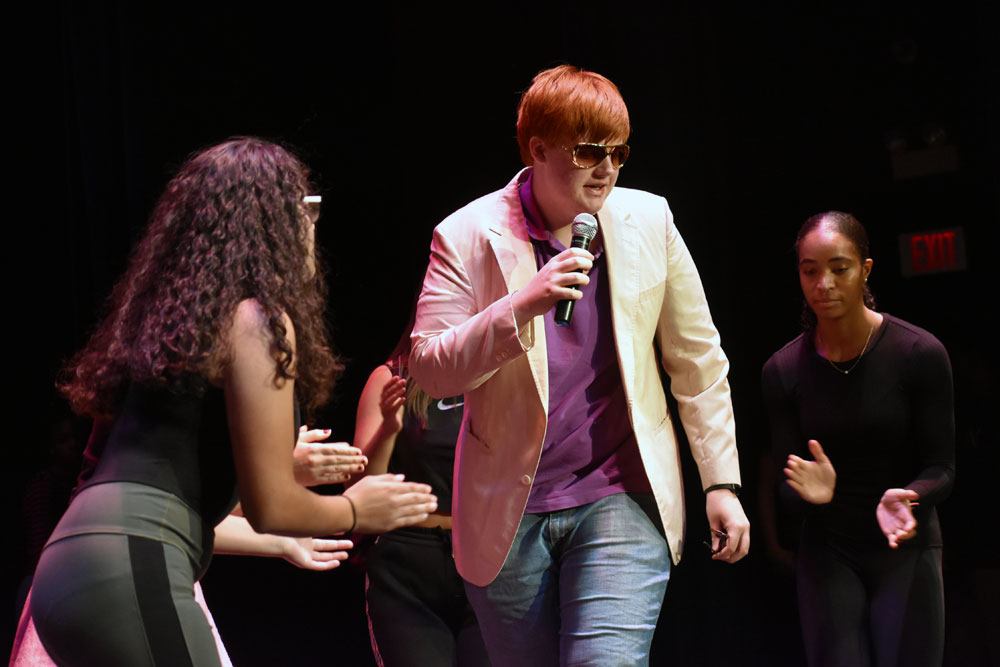 The musical also encourages participation. At one point, a few of the actors such as junior Haley Donatello will ask the audience, “What’s your favorite decade?” and then the whole cast will jump into a musical medley based on the answer.

“This year’s theme for Northwood School is community, so we wanted a part of the musical to embody that,” Musical Director Brianna Knapton said. “So the actors will have to jump from the Andrews Sisters to Spice Girls at a moment’s notice.”

Knapton and school Music Director Michael Portal compiled the music for the show.

“It was a little more difficult than we initially thought,” Knapton said. “You know, how do you pick which songs you want out of so many? We tried to hit the icons like Ella Fitzgerald and so forth. We can’t go putting Nine Inch Nails in there, as much as we would like to.” 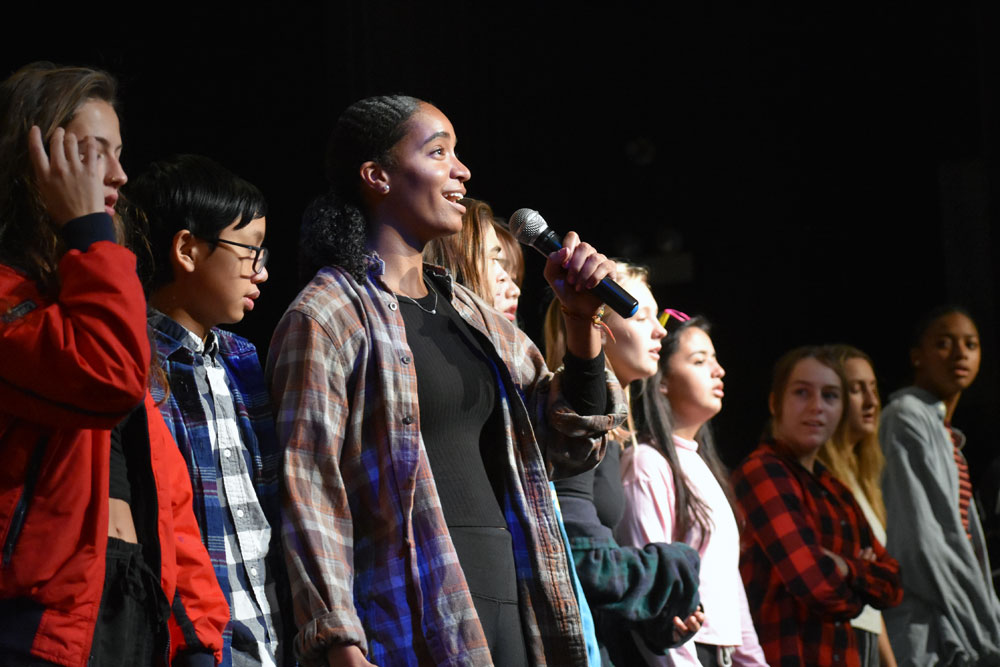 Another way to get the community involved is through social media. Knapton said the drama club is going to ask audience members to post their favorite songs on the club’s Facebook page then the tracks will be played over the loudspeaker before the performance starts.

“You sometimes hear people say, ‘Oh, that’s so ’80s,’ but when you look at any time, there’s a wide range of music being created in every one of these decades,” she said. “We show that contrast of a Whitney Houston song next to a Nirvana song. The songs were contemporaneous. It’s a bit jarring but truthful to that decade.” 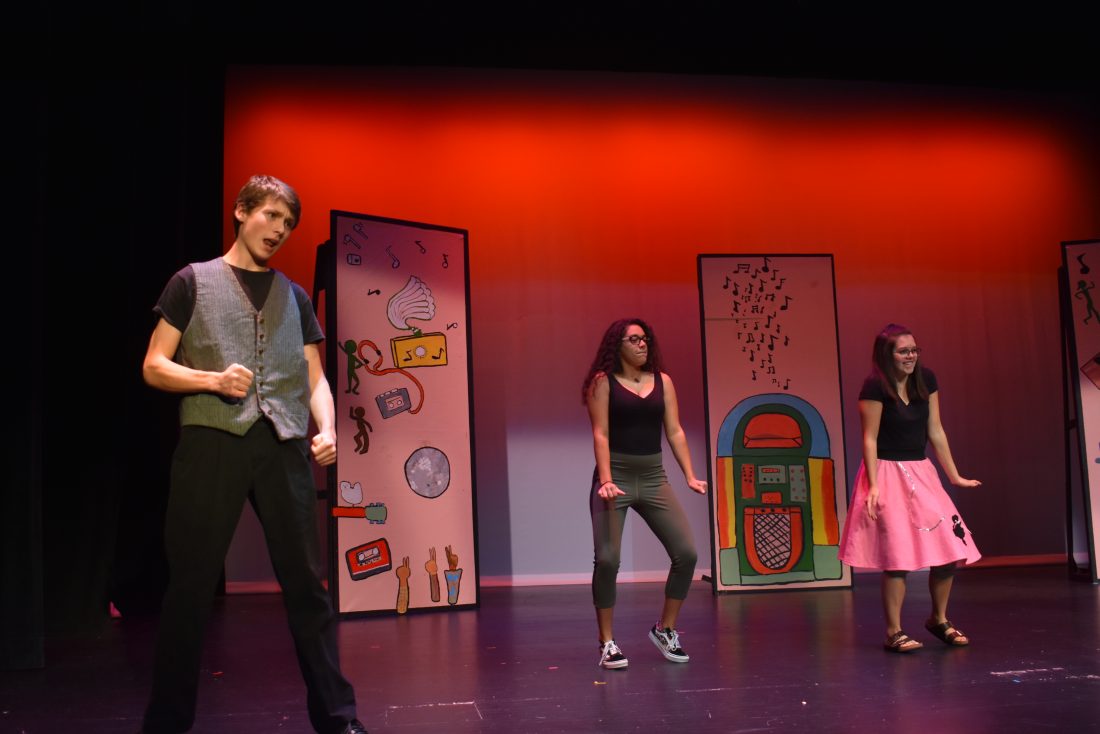 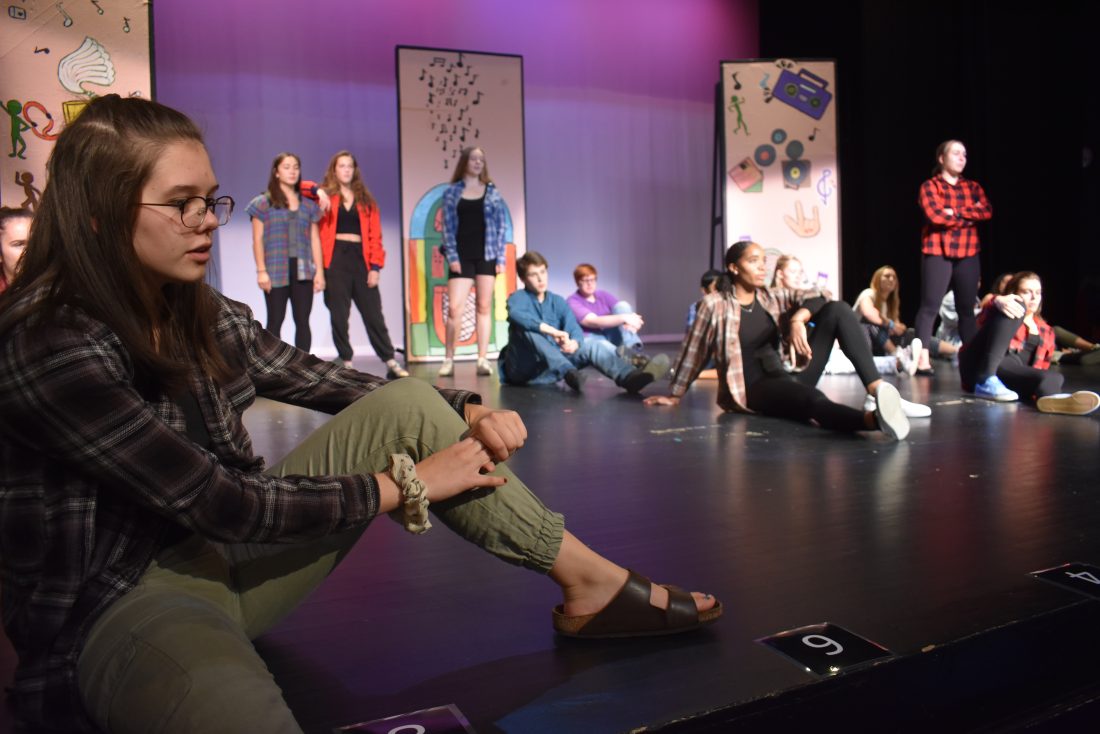 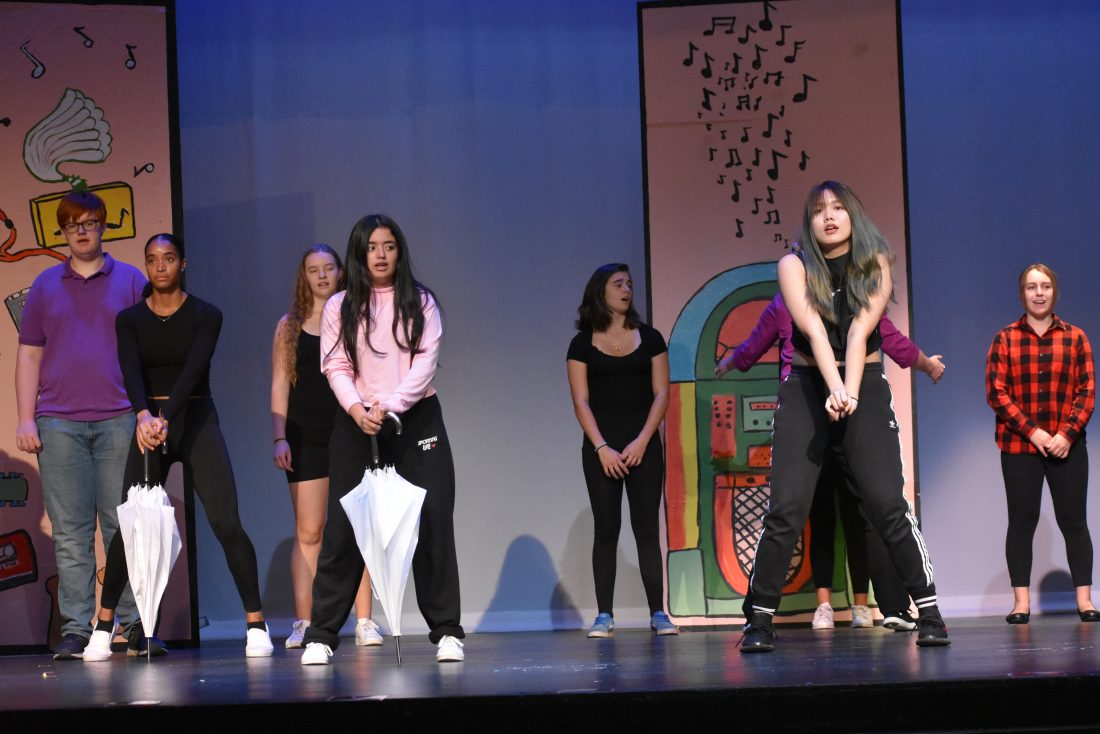