Local officials are working on putting together a plan to accommodate hiker traffic at High Peaks trailheads during the upcoming holiday weekend. Pictured are cars arriving in Keene on state Route 9N in September. (Enterprise photo — Elizabeth Izzo)

The town of Keene is piecing together a plan to accommodate the expected increase in hiker traffic this weekend. Pictured is the entrance to the Marcy Field parking area in September. (Enterprise photo — Elizabeth Izzo) 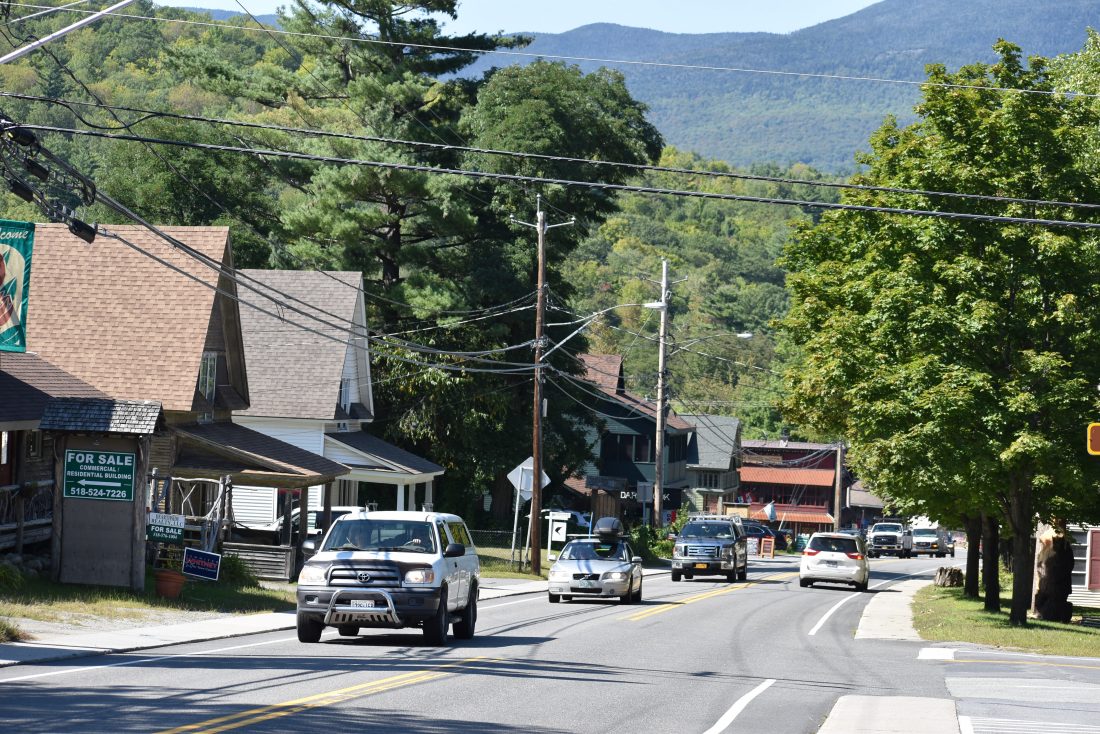 Local officials are working on putting together a plan to accommodate hiker traffic at High Peaks trailheads during the upcoming holiday weekend. Pictured are cars arriving in Keene on state Route 9N in September. (Enterprise photo — Elizabeth Izzo)

KEENE — A wave of hiker traffic in the High Peaks this past weekend taxed local resources, putting this town on high alert as the holiday weekend approaches.

At their town council meeting Tuesday, Keene officials pieced together a plan to accommodate High Peaks visitors during the upcoming Columbus Day and Canadian Thanksgiving weekend, typically the busiest holiday of the hiking season. Their primary goal: get more boots on the ground.

For a town of this size, that’s sometimes easier said than done.

Available volunteer frontcountry stewards will be placed at some trailhead parking lots, according to Supervisor Joe Pete Wilson Jr. Those include Wilson and two of Keene’s four town councilors, Theresa Cheetham-Palen and Bob Biesemeyer, who signed up to pitch in again this weekend after working in the field this past weekend. Wilson also plans to connect with the state Department of Environmental Conservation and request that more staff be allocated to the High Peaks trailheads in Keene Valley and St. Huberts. 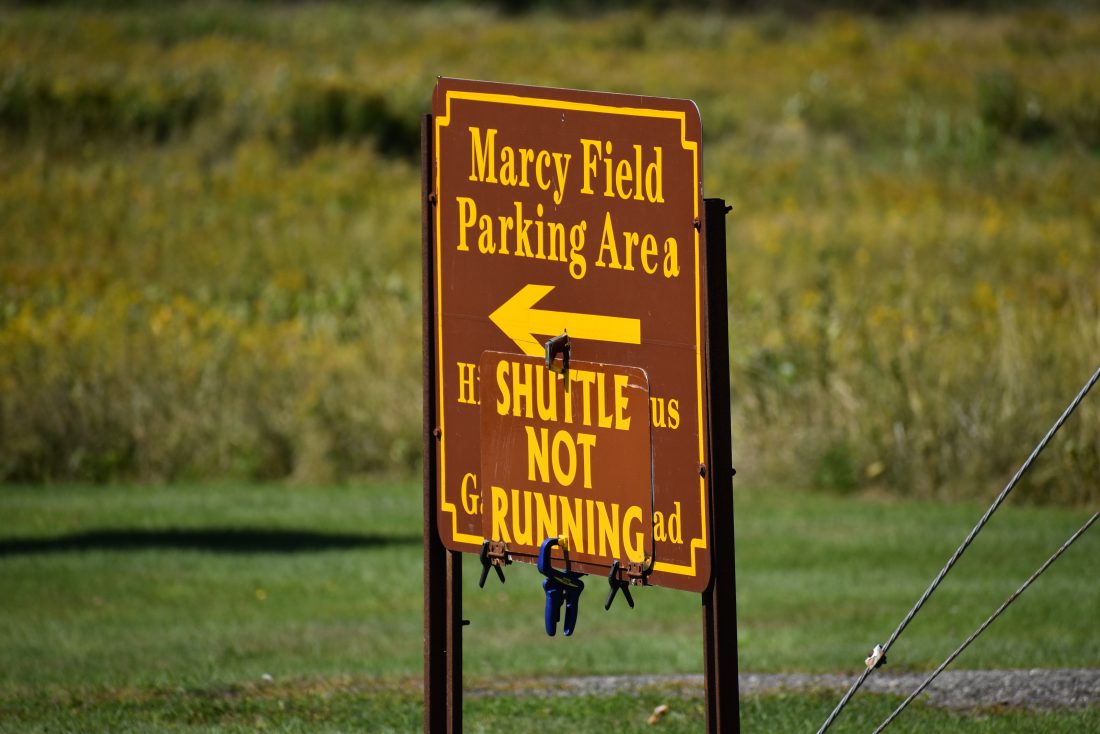 The town of Keene is piecing together a plan to accommodate the expected increase in hiker traffic this weekend. Pictured is the entrance to the Marcy Field parking area in September. (Enterprise photo — Elizabeth Izzo)

If more staff beyond that is needed, the town may put out a call asking residents to help staff the trailhead parking areas, although Wilson is reluctant to do this. He said he doesn’t want to put new volunteers in situations where they might be confronted by angry visitors or where they might be at risk of getting hurt. And there’s little time to train additional volunteers to staff trailhead parking lots.

Another problem: The town doesn’t have a bus driver available this weekend to drive the shuttle to the Garden trailhead, according to Wilson. He’s working on finding a replacement.

“We’ve reached our capacity to manage this for a town of our size,” Wilson said. “We just don’t have the staff or the tools.”

Planning for the future

Cheetham-Palen said this past weekend was an example of how difficult it is to pinpoint how much staffing is needed, and when.

After the initial crush on Saturday, she said it was “completely dead.”

“That makes planning complicated,” she said.

But Cheetham-Palen was resolute: An overarching plan is needed moving forward. That will allow all local governments, state agencies and the surrounding hospitality industry to have a unified message for tourists, she said. Otherwise, scrambling, reactive responses from local and state agencies will continue.

One resident, jokingly, offered the council another suggestion: “Build a wall.”

“How about a moat with alligators?” Biesemeyer replied.

Willie Janeway, executive director of the Adirondack Council, an Elizabethtown-based environmental advocacy organization, attended the Keene council meeting Tuesday. He agreed that the DEC needs to allocate more resources to the issue.

“The DEC should be able to step up and help with that,” he said. “Now is the time to start planning for next year.”

The town of Keene — with its hamlets of Keene, Keene Valley and St. Huberts — relies heavily on tourism dollars to sustain businesses. That’s why many locals are concerned that the lack of infrastructure to accommodate hikers will turn their experiences sour and keep visitors away. Keene is a “welcoming community,” Cheetham-Palen said.

“We want to continue to be a welcoming community, but the DEC has put us in a position where we can’t be,” she said. She later amended her statement to say the DEC shouldn’t shoulder all the blame.

“We’re in a tough place. For now, we’re Band-Aiding it. It feels terrible,” Cheetham-Palen said.