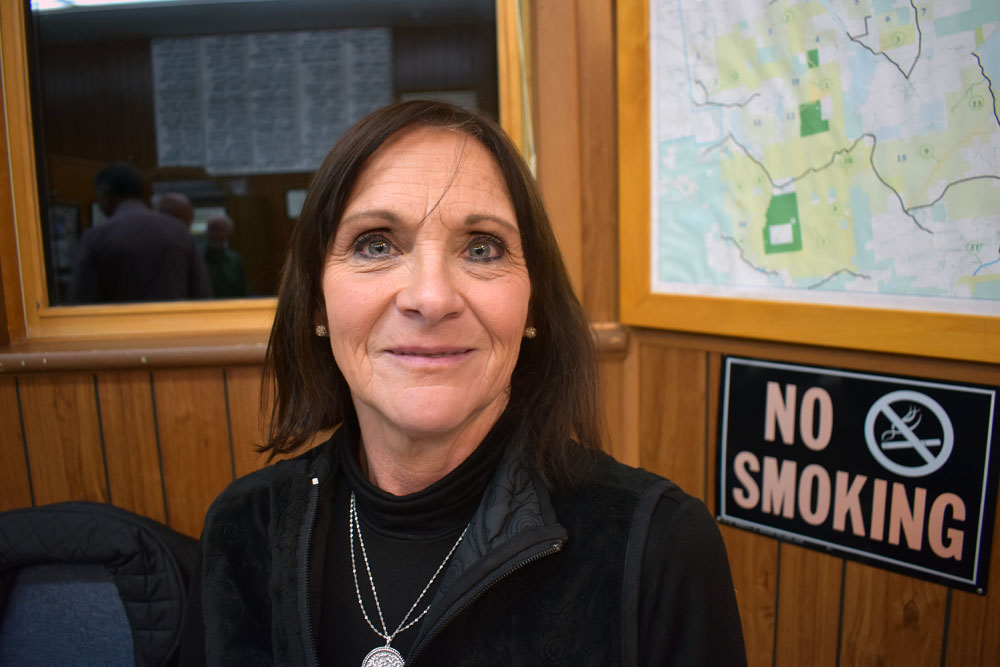 VERMONTVILLE — What does the town of Franklin need? It depends on who you ask.

Deputy Supervisor Dorothy Brown, who’s been endorsed by both the Democrat and Republican parties, is running unopposed for supervisor.

According to interviews conducted at the event, the Democratic town council nominees want to maintain the highway department as is and encourage local business, while the Republican candidates would like to cut costs in the high department and focus on saving taxpayer money.

Firstly, Demong and Jarvis said they both appreciate how the highway department is run. The department’s budget has been around $1.5 million in the past few years.

“We think the recent town highway crew and supervisor have done a very good job in terms of getting together good equipment, good people and a cost-effective way of maintaining our roads and improving them,” Jarvis said. “There are 70 miles of road in town. They’ve got a big job, and we want to continue it.”

The two would also like to see more business development in Franklin. Jarvis said if elected he would like to reach out to groups like Adirondack North Country Association and find ways to bring shops to Vermontville.

“I would like to buy a cup of coffee and a gallon of gas in the town of Franklin,” Demong said. “I know that sounds silly, but in all seriousness, supporting economic development and supporting some sort of convenience store is something I would really like to see happen.”

Swinyer, who has been a town laborer for 20 years and spent 5 and a half years in the highway department, said the department’s money is not being put to good use.

“The highway department — the money is way out of control. We’ve got to rein that in somehow,” he said. “You go down some of these roads, and you’re hitting your mirror with the brush. I don’t know where the money for brushing weeds is going.”

Swinyer said he’d also like highway trucks to wait a little while before dropping more sand in the winter.

Merrill, the only one of the town council candidates who has a political background, was a councilman from 2010 to 2014. He said spending in the highway department and construction plans can make it difficult for people to afford to live in Franklin.

Both the Democrats and Republicans would like to see improvements to Kate Mountain Park, but differ on what those improvements should be.

Jarvis and Demong would like to get a community center at the park, similar to the one that was proposed in 2017 that would’ve cost $700,000 and included a large open room for events and meetings, a kitchen, storage space, a vestibule with restrooms that would be open to the public year round and a wraparound covered deck.

Jarvis, who has worked on the group that became the Barkeater Trail Alliance, said he’d like to see some bike trails constructed Kate Mountain Park, too.

Swinyer and Merrill, agree a building should be constructed at Kate Mountain but nothing too big.

“I don’t think we need a $2 million center, but I would like to have a building so kids can get in and out of the bad weather and have indoor bathrooms,” Swinyer said.

Merrill brought up how the town has plenty of senior citizens, so he doesn’t think a community center is necessary.

“I’m not against a building,” he said. “I’d like to see something small with bathrooms. With my grandkids, I don’t want to see them using port-o-potties.”