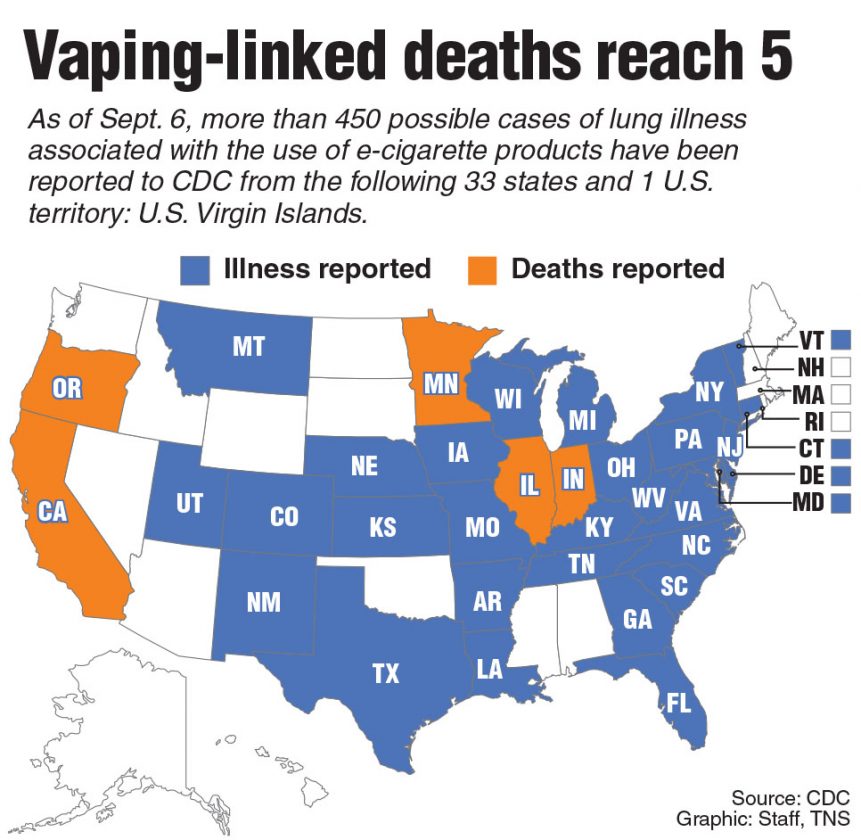 The state will also issue subpoenas to three companies that sell a vaping liquid additive that state health officials believe could be making people sick.

Cuomo urged people not to vape while investigations into the cause of the illnesses are ongoing.

“This is a frightening public health phenomenon,” the Democrat told reporters at a Manhattan press conference Monday. “Common sense says if you don’t know what you are smoking, don’t smoke it.”

“Our advice, our guidance is quite simple: Don’t do it,” Cuomo said of vaping. “Don’t do it because we do not know that it is safe.” 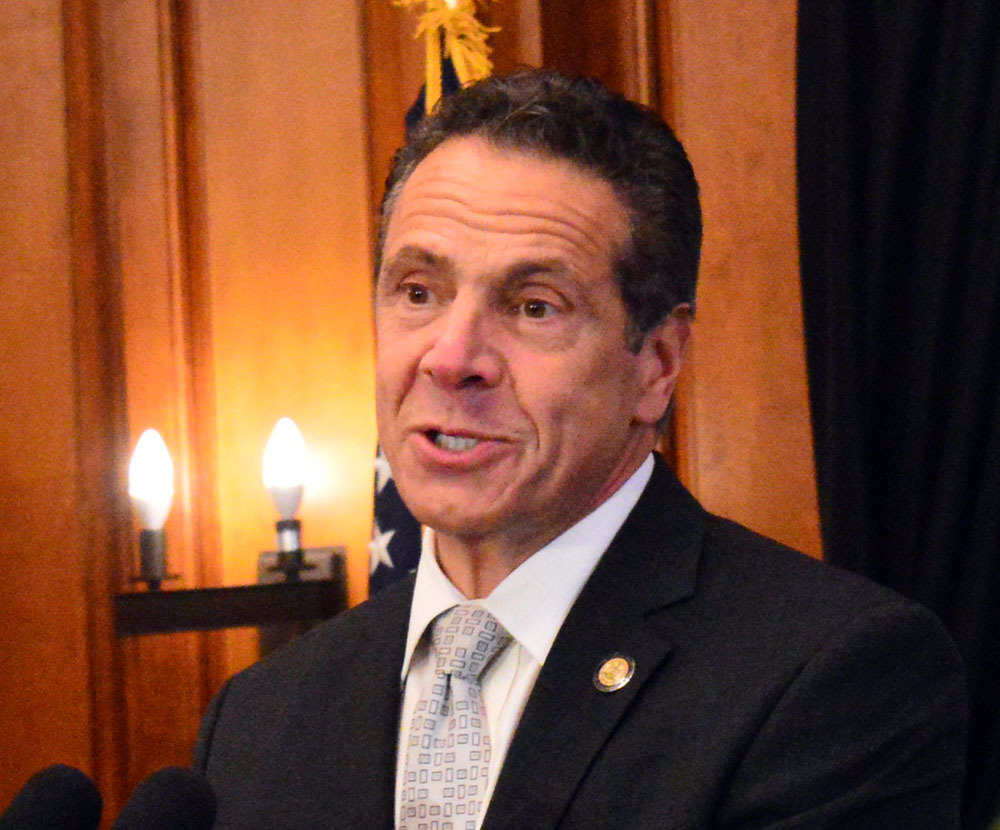 U.S. health officials have identified about 450 possible illness cases in 33 states, including as many as five deaths. No single device or ingredient has been tied to all the illnesses. Many of those who were sickened said they’d been vaping THC.

The warning signs will be required to go in any store that sells vaping products. They read: “Vaping can expose you to toxic chemicals and kill you.”

The three companies to be subpoenaed each sell a substance containing Vitamin E acetate used to thicken vaping liquid. While Vitamin E is known to be used as a supplement or skin care product without ill effects, state health officials say it could cause problems if inhaled.

Cuomo said information from the companies will help the state’s investigation into the illnesses.

Messages left with the companies — California-based Honey Cut Labs, Floraplex Terpenes of Michigan and Massachusetts-based Mass Terpenes — were not immediately returned on Monday.

In New York state, 41 cases of severe pulmonary illness have been reported in patients age 15 to 46 who said they were using a cannabis-containing vape device before they were stricken.

So far no one who uses a regulated vaping device as part of New York’s medical marijuana program have reported problems. Nonetheless, state health officials caution patients to discuss possible alternatives to vaping with their health care provider.