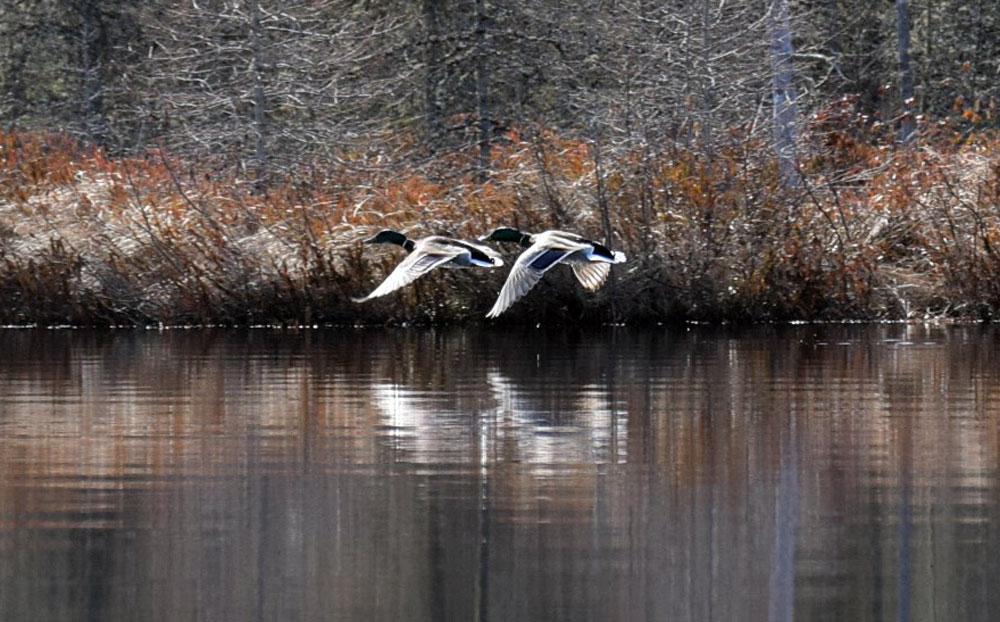 The state Department of Environmental Conservation has announced waterfowl hunting seasons for this fall, but hunters will be allowed to take fewer of some species due to declining populations.

The DEC has reduced the number of mallards, pintails and Canada geese hunters can take, while also shortening the Canada goose season significantly.

“Mallards became prominent in the Atlantic flyway during the 1950s to 1970s, likely as a result of released live decoys and game farm birds starting in the early 1900s,” a report from the DEC’s Bureau of Wildlife said. “Over the past 40 years, mallards have consistently been one of the most abundant duck species in eastern North America. However, in the past 20 years, eastern mallards have been on the decline.

“Mallard numbers in eastern Canada have not changed much, but they have decreased steadily in the northeastern U.S., declining by about 36% since 1998. At this time, biologists are unable to pinpoint a clear cause of the decline. Breeding population size in any year depends on how many birds from the previous year’s population survived the full year (survival rate), and how many young-of-the-year birds from the previous year’s nesting season made it through the winter and early spring (production rate). A long-term decline means that either survival or production (or both) is too low to maintain the population size.”

Due to the decline, the DEC has reduced mallard hunting limits to just two birds — one hen — per day. The pintail limit has also been reduced by half to just one allowed per day, and “The Canada goose season length in the Northeast, West Central, East Central, Hudson Valley and Lake Champlain zones has been reduced from 50 days to 30 days, and the bag limit has been reduced from 3 per day to 2 per day,” a press release from the DEC said.

Non-toxic shot is required for waterfowl hunting, and hunting hours run from a half-hour before sunrise to sunset, though there are some exceptions.

In the Northeast Zone, the hunting season for ducks, coots and mergansers will be open from Saturday, Oct. 5 through Sunday, Oct. 27 and again from Nov. 2 through Dec. 8. Snow geese season will run from Oct. 1 through April 15 next year, and brant hunting will be allowed from Oct. 5 through Nov. 3. Youth hunting days will be Saturday and Sunday, Sept. 21 and 22.

A Division of Wildlife report from the DEC said that Canada geese had a rough breeding season last year, which resulted in the reductions to this year’s season and bag limit.

For a statewide chart of waterfowl hunting seasons and bag limits, go to www.dec.ny.gov/outdoor/28888.html.