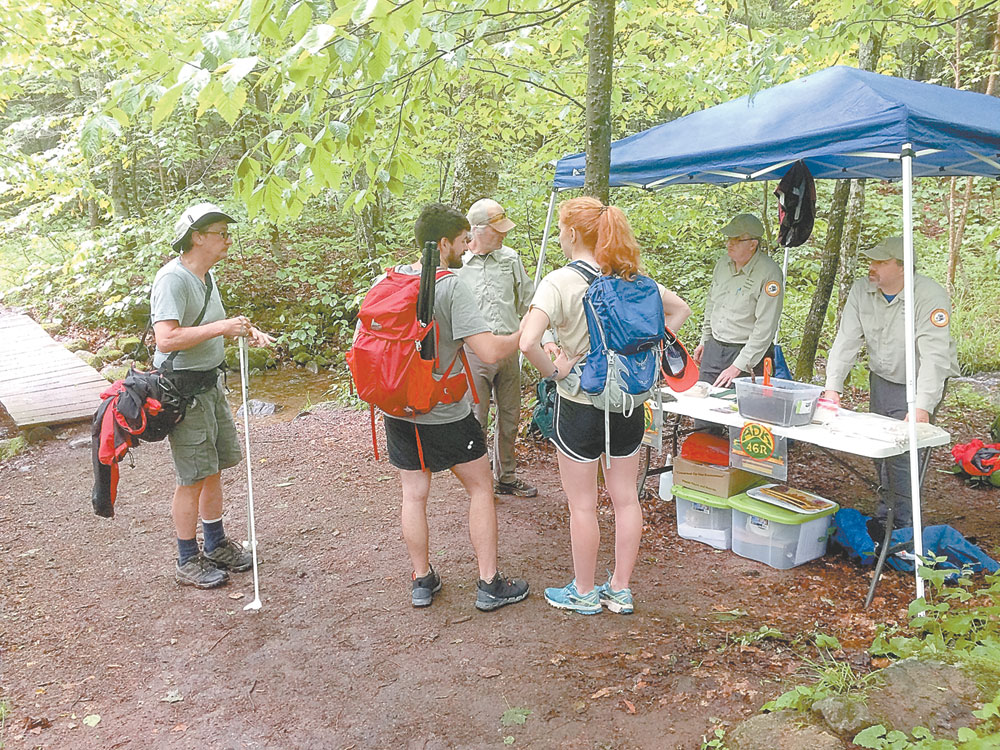 Adirondack 46ers trailhead stewards Ron Konowitz, center, Joe Ryan and Brian Hoody, talk with some hikers at the Cascade Mountain trailhead outside of Lake Placid in June 2017. The trio of stewards saw nearly 500 hikers pass by their tent during an eight-hour shift. (Enterprise photo — Justin A. Levine)

LAKE PLACID — The state Department of Environmental Conservation is launching a new program aimed at reducing the number of search-and-rescue missions in the High Peaks through preventative measures.

The effort, announced Friday, is a joint campaign with the Adirondack 46ers and Adirondack Mountain Club (ADK), and comes as the call for the DEC to add more forest rangers reaches a higher pitch.

The new effort will use “preventative search and rescue” as a means to intercept unprepared hikers.

“This initiative, which builds on DEC’s efforts to work with the communities and recreating public to address issues associated with the popularity of this region, will start in the High Peaks Wilderness on February 16-18, coinciding with the upcoming Presidents’ Day holiday weekend,” the department said in a press release.

“DEC Forest Rangers, ADK Summit Stewards, and volunteers from Keene and the Keene Backcountry Rescue organization will interact with hikers to ensure they are properly dressed, equipped, and prepared for the conditions they are likely to face on their hikes.” 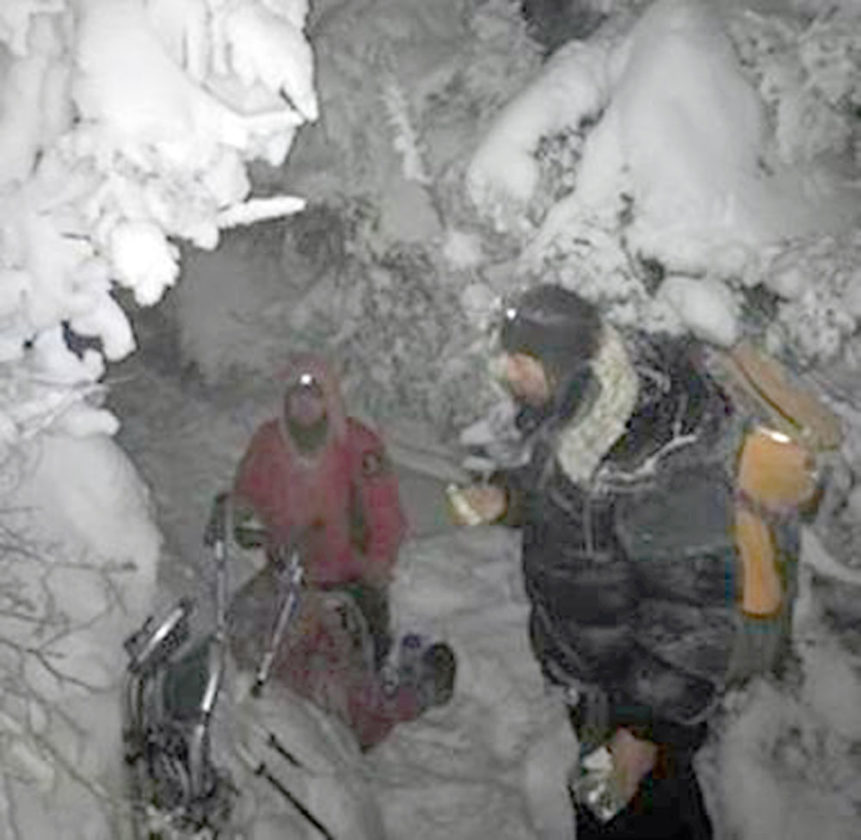 Forest Ranger Robert Praczkajlo re-energizes a hiker with some food in December 2018 after the hiker got lost on Algonquin Peak. (Photo provided by DEC)

The 46ers began a trailhead stewardship program in 2017, and ADK has had Summit Stewards on a number of High Peaks for the better part of 30 years.

Meanwhile, green groups, local elected officials and forest rangers themselves have been asking the DEC to add more rangers. Currently, there are about 130 rangers statewide, with each ranger patrolling an average of more than 50,000 acres. Rangers also conduct a search-and-rescue mission almost every day on average — 346 in 2018.

Van Laer told the Enterprise in an interview in 2017 that volunteers — such as the Summit Stewards and volunteer search-and-rescue groups — are helpful, but there are limits to what civilians can do.

“They fill the gaps, but there are things they can’t do,” he said. “This year, we had two different instances where they (Summit Stewards) caught people camped illegally on (Mount) Marcy — violations, mind you, but pretty egregious. This is fragile vegetation. It’s protected.

“(In) both of those instances, those groups got away with it because a ranger couldn’t handle it. In one of them, a ranger was going in, but they had to backpedal and go to a rescue, and the people just got away with it.

“That’s the part of the stewardship that only we can do.”