Eight-year-old Christopher Wray stands on the summit of Mount Marcy on Aug. 20, 1975. President Donald Trump has nominated Wray to be FBI director. (Photo provided by the Wray family)

Christopher Wray, his wife Helen and their children Trip and Caroline sit on the top of Owl’s Head Mountain in Keene in 1999. (Photo provided by the Wray family)

Christopher Wray is pictured when he worked for the U.S. Department of Justice under President George W. Bush between 2003 and 2005. 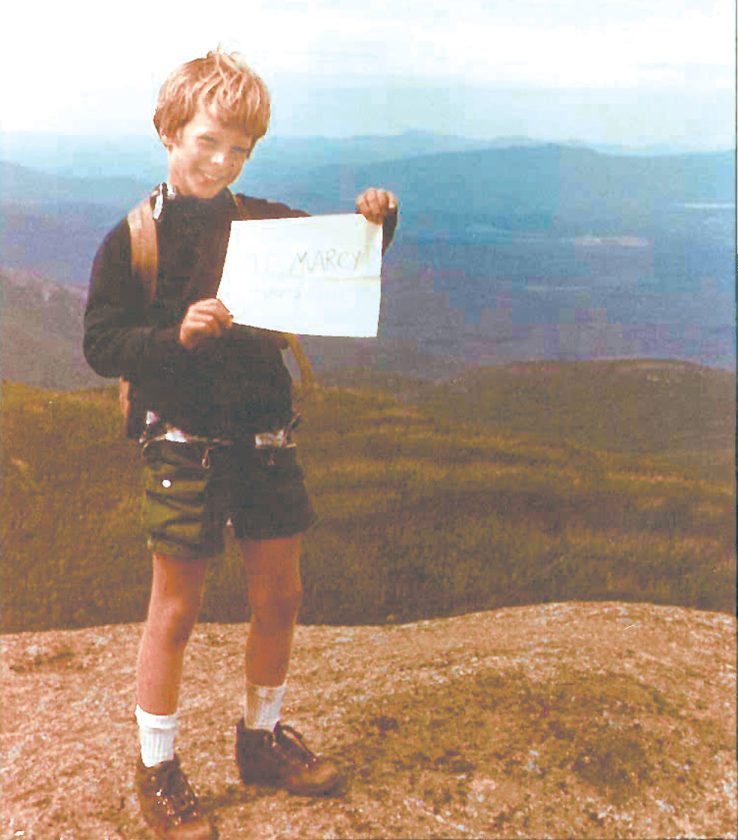 Eight-year-old Christopher Wray stands on the summit of Mount Marcy on Aug. 20, 1975. President Donald Trump has nominated Wray to be FBI director. (Photo provided by the Wray family)

KEENE VALLEY — The man President Donald Trump has tapped to be the next director of the Federal Bureau of Investigation spent the summers of his youth at his family’s camp in the Adirondacks, hiking the High Peaks and fishing for trout.

Christopher Wray’s nomination as FBI director was unanimously approved last week by the Senate Judiciary Committee, and a final vote by the full Senate is expected soon.

The 50-year-old former federal prosecutor would replace James Comey, whom Trump fired in May as Comey led an investigation into possible Russian meddling in the 2016 presidential election and alleged collusion between the Trump campaign and Russian officials.

Before entering the Washington spotlight for good, Christopher Wray will travel to the Adirondacks next week for a brief vacation, according to his father, former state Adirondack Park Agency Commissioner Cecil Wray.

The elder Wray, 82, of New York City, talked Friday morning on the porch of the summer home he and his wife Gilda maintain in Keene Valley. Looking out, the summit of the state’s highest peak, Mount Marcy, could be seen draped in clouds along with the rest of the High Peaks’ Great Range. These mountains were the playground for Christopher and his younger sister Katie beginning in the early 1970s, their father explained. 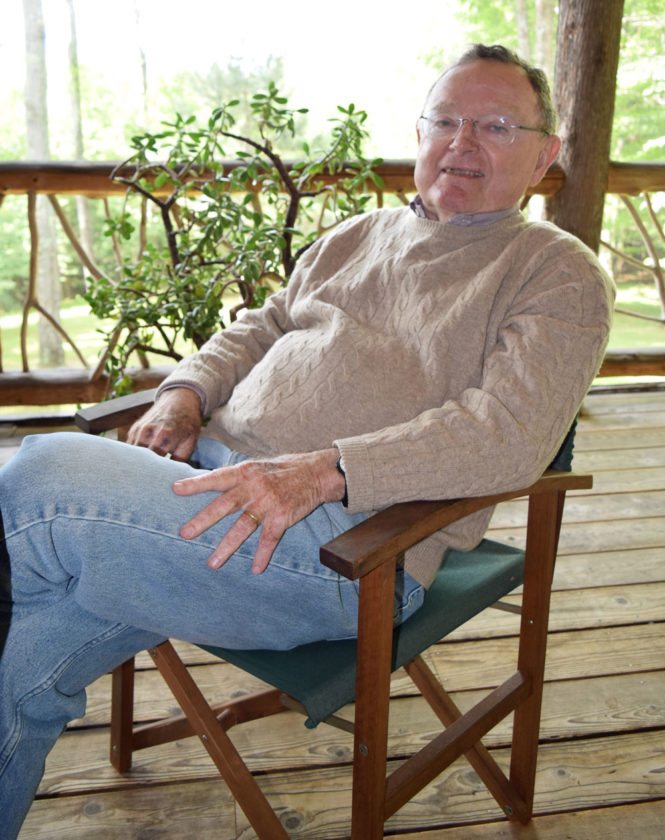 “Our life in the summertime has sort of centered around the AuSable Club (in nearby St. Huberts), which had a lot of programs for children,” Cecil said. “In the early years we were up here, they did a lot of strenuous hiking. They participated in Adirondack Trail Improvement Society activities and all that sort of thing.”

When asked about his son’s hiking experiences, Cecil got up from the table and went upstairs to retrieve a framed picture of a smiling 8-year-old Christopher, wearing a backpack and hiking boots, standing on the summit of Mount Marcy. He’s holding up a sign that reads “Mt. Marcy, August 20, 1975.”

In those early years, Cecil said the family would rent houses for the summer in Keene Valley. After living abroad in Paris, France, from 1976 to 1979, the Wrays returned to the Adirondacks in the summer of 1980 and, with two other families, bought a camp on Upper AuSable Lake.

“From there, of course, there’s a lot of opportunity to go spend the night in the woods and canoe and climb the peaks,” Cecil said.

Each summer, Cecil said his son would climb a few more mountains as he tried to become an Adirondack 46er, a club for those who’ve scaled all 46 Adirondack peaks above 4,000 feet. 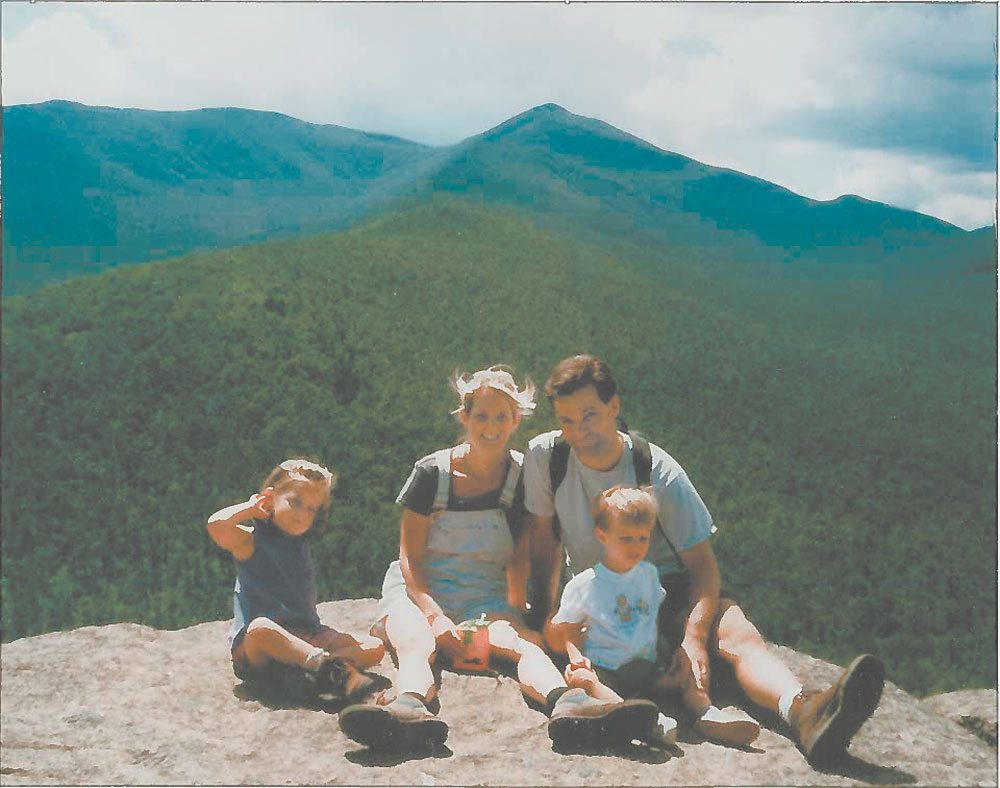 Christopher Wray, his wife Helen and their children Trip and Caroline sit on the top of Owl’s Head Mountain in Keene in 1999. (Photo provided by the Wray family)

“He never made it all the way,” Cecil Wray said. “Neither did I. He made it further than I did. He’s probably in the low 30s by now. He was seriously peak-bagging. He also did a lot of fishing for a while, trout fishing in the AuSable River.”

Christopher Wray attended the Buckley School in New York City and the private boarding school Phillips Academy in Andover, Massachusetts. He graduated from his father’s alma mater, Yale University, in 1989, then earned his law degree from Yale Law School in 1992. He also met his wife, Helen Garrison Howell, at Yale.

Wray spent a year as a law clerk for U.S. Court of Appeals Fourth Circuit Judge J. Michael Luttig and in 1997 became an assistant U.S. attorney for the northern district of Georgia. Wray joined the U.S. Justice Department in 2001 and worked his way up to assistant attorney general for the criminal division under President George W. Bush. He left the government in 2005 to go into private legal practice for the firm King & Spalding.

President Trump announced on June 7 he would nominate Christopher Wray to be FBI director in early June.

“I was at home in New York eating breakfast, listening to public radio, and I heard the announcement,” Cecil said. “I knew before that he had been summoned to go talk to Mr. Trump at the White House.” 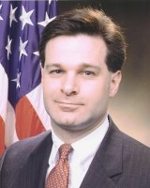 Christopher Wray is pictured when he worked for the U.S. Department of Justice under President George W. Bush between 2003 and 2005.

What was his reaction?

“It was a mixture,” Wray said. “Obviously pride, because he’s done very well. He’s an extremely good lawyer and very successful. And I also felt concern. Things in Washington are such a sort of state of chaos, we didn’t want him to get mixed up in something he’d regret. But he’s very thoughtful and careful. Maybe it’s the Yale Law School tradition, but I think the idea of public service was an attraction for him.”

Those qualities were on full display earlier this month at Christopher’s confirmation hearing before the Senate Judiciary Committee. In his opening statement, he said the FBI’s work will not “be driven by anything other than the facts, the law, and the impartial pursuit of justice.”

“My loyalty is to the Constitution and the rule of law,” he said. “They have been my guideposts throughout my career, and I will continue to adhere to them no matter the test.”

Cecil sat in the front row throughout the confirmation hearing. He said he thought his son handled himself “beautifully.”

“That’s what I keep hearing from everybody who watched,” he said. “There were a lot of Democrats who were saying nice things about him, and in the end the committee confirmed him unanimously. Unanimous decisions in that city are hard to come by.”

The allegations of Russian interference in the election, along with reported ties between the Trump campaign and Russian officials, are now being probed by a special counsel, former FBI Director Robert Mueller. It isn’t clear at this point if or how the FBI under Christopher Wray could be involved in that probe.

Is Cecil afraid his son has entered a bit of a hornet’s nest?

“That whole complicated situation is really going to be Bob Mueller’s problem, not the FBI’s,” he said. “I think he’s pretty eyes-open about the whole thing. I think he knows his way around Washington, in the legal world. Having worked in the Justice Department before, a lot of the FBI agents know him, and he knows the cast of characters and how the inside works and how to navigate that.”

Cecil, a lifelong Democrat, declined to share his opinion of the job Trump has done since he took office. He said his son is an “ardent Republican.”

Christopher, who lives in Atlanta, hasn’t spent much time in the Adirondacks in recent years, given his busy schedule, his father said. That’s why Cecil was surprised to learn Christopher would come to the Adirondacks for a few days.

“I assumed after all this stuff in Washington that we’d never see him up here again, but he’s going to be up here,” Wray said. “It will be a good break for him. Maybe he’ll get out for a hike.”