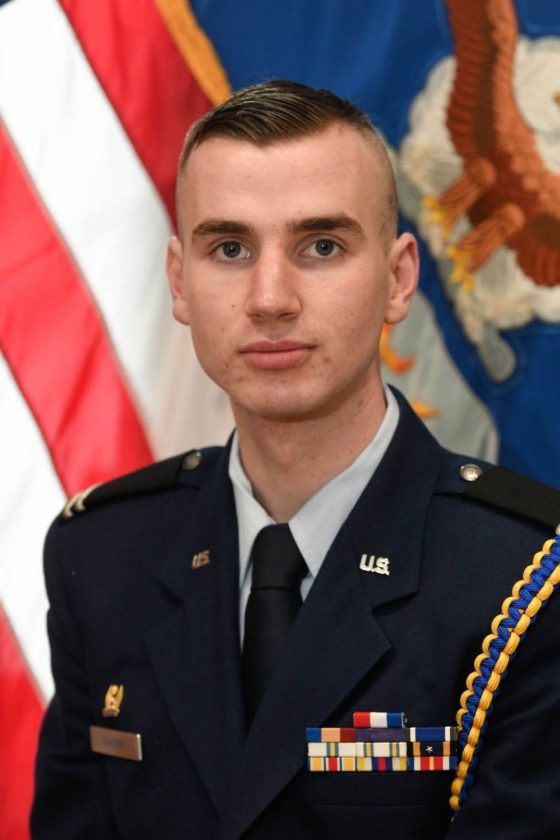 POTSDAM — Air Force ROTC Detachment 536, consisting of 11 Clarkson University Class of 2020 members and one SUNY Potsdam student, pinned on their gold bars May 12 in a virtual ceremony.

The cyber space ceremony included the commissioning of the first ever Space Force officer from the Clarkson based ROTC program.

Lt. Col. Wesley John Nims, Commander of the ROTC detachment, said the 2Lt. Gagnon will be a Space Operations Officer, a career field that used to be part of the Air Force but is now assigned to the Space Force.

“Hopefully, in the future there will be more opportunity for cadets more interested into going into space careers,” Lt. Col. Nims said.

The virtual ceremony was as close to an in-person ceremony as possible Lt. Col. Nims said.

“(Clarkson) President (Anthony) Collins opened it up with remarks and we had a guest speaker Brigadier General (Richard W.) Kelly who was one of the original graduates of the Clarkson Air Force ROTC program,” Lt. Col. Nims said.

Gen. Kelly still has roots in Northern New York and made his speech from a cabin on the St. Lawrence River, Lt. Col. Nims said.

The head of the Space Force provided remarks for 2Lt. Gagnon and his classmates on the significance of this event.

The virtual ceremony, Lt. Col Nims said, had a plus.

“The plus side of it was the cadets were able to be at their homes and have their close family members there and be able to do the oath and pinning on ceremony right there with their families,” he said. “It would not have been as memorable if they had to do it up here without their families.”

“Lt. Gagnon’s entry into the United States Space Force as the first-ever Det 536 graduate to accomplish this lays the groundwork for an exciting new chapter in the history of Det 536,” Lt. Col. Nims said. “Cadets who join this program will now have the option to pursue a career in the Space Force if their passion is to serve our nation in space operations.”