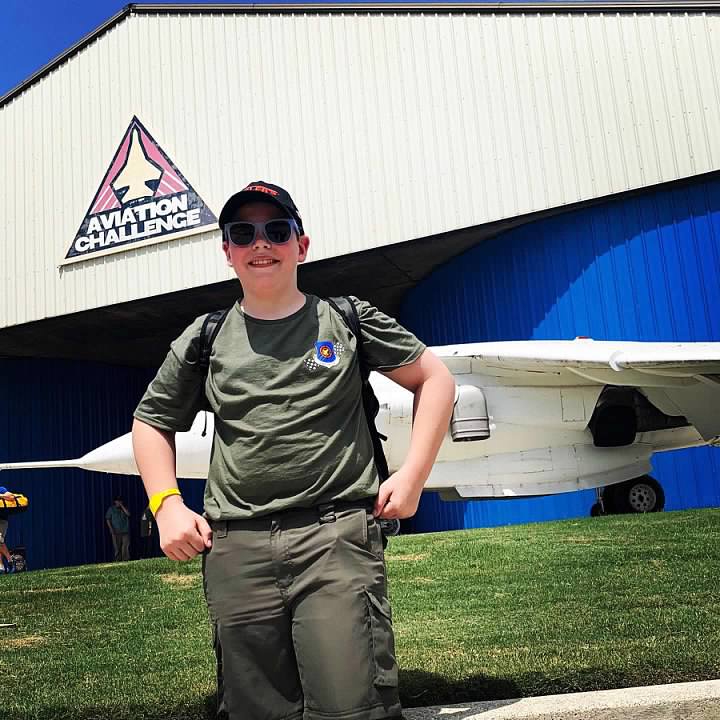 The weeklong educational program promotes science, technology, engineering and math (STEM), while training students and with hands-on activities and missions based on teamwork, leadership and problem solving.

This program is specifically designed for students who have an interest in military aviation and the mechanics of flight. Students learn principles of aviation and put their knowledge to the test in a variety of flight simulators. Taking the role of fighter pilots, Jacob and team ran control systems and scenario-based missions as well as trained in water and land survival. At the end of the week, Jacob and crew returned in time to graduate with honors.

This is the second year Mayberry has attended. Last summer he trained and graduated from MACH 1.