When it comes to public land issues in New York’s grand Adirondack Park, it strikes me that Gov. Andrew Cuomo has more in common with President Donald Trump than he probably realizes. This is ironic because it is clear our governor is anticipating a 2020 presidential bid, building a “progressive” resume on social issues that he hopes voters will see as the antidote to the current administration’s peculiarities.

My comparison of Cuomo to Trump is made from observations of each leader’s demonstrated attitudes toward open space policy: Donald Trump’s antagonism toward federal land protections on the one hand, and Andrew Cuomo’s pro-business dealings in the Adirondack Forest Preserve on the other. One wants to shrink national monuments from Hawaii to Maine, and the other has no interest in contributing to the wilderness legacy that exemplifies the Adirondack Park.

Thanks to the Antiquities Act of 1906, signed into law by the New York Republican Theodore Roosevelt, every president for the last 111 years has enjoyed the authority to protect public lands in the form of national monuments, a land designation that is often managed in the manner of a national park. Indeed, some monuments have since been elevated to the status of a park, most famously the Grand Canyon.

However, the current president has tasked his secretary of the interior, Ryan Zinke, to review a long list of national monuments for reduction or elimination, primarily because some regional politicians have bristled at the designations. They view the monuments as restrictions on extractive commercial uses and therefore damaging to local economies. The rollbacks would come at the expense of the native, recreational and historical interests that fought hard to see these places protected.

Sadly, these efforts follow on the heels of comparable actions by the Cuomo administration in New York’s Adirondack Park. In 2013, Cuomo’s Department of Environmental Conservation championed a ballot initiative to hand over 200 acres of our smallest protected area, the 7,800-acre Jay Mountain Wilderness, to a company called NYCO, which owns an adjacent open-pit wollastonite mine. Under Cuomo’s leadership, DEC was not simply a neutral arbiter of this controversial land swap but an active cheerleader on behalf of the mine. NYCO won that battle, but New York has yet to realize any benefit from the exchange.

The following year, DEC began acquiring land once owned by the Glens Falls-based Finch, Pruyn & Co. We can’t credit Cuomo for initiating this historic purchase; he merely consummated a long-term deal crafted in 2008 by a prior governor. But how his administration chooses to manage these lands will certainly matter for a long time to come.

The supervisors of the five towns surrounding these new public lands are adamant in their opposition to a wilderness classification, the strongest protection afforded under state law. Wilderness would ensure the preservation of these wild places as peaceful landscapes for the benefit of current and future generations, but the towns argue that it would lock up the land: Without the ability to drive a car or ride a snowmobile deep into the forest, the public will be effectively shut out, thus drying up the local economies.

These five towns butted heads with the public at large a year ago, when the issue of classifying the Boreas Ponds Tract, the most recent Finch, Pruyn acquisition, came before the Adirondack Park Agency. Organized under the moniker Access the Adirondacks, they brought an impassioned pitch for motorized access to the eight public hearings, perhaps expecting to find as their adversary the starched collars of a moneyed environmental lobby.

But to their dismay, their product was not as generally appealing as they had hoped, and the pro-wilderness public they engaged was far more plebeian: Park residents, college students, even people in wheelchairs and wielding canes — ordinary citizens drawing paychecks just like anyone else, who knew that what makes this park special are the vast wilderness interiors in between the highways, not the highways themselves.

With a final decision expected by the end of the year, Boreas Ponds may therefore be a litmus test for a potential Cuomo presidency. Will the governor instruct his APA to view wilderness as the primary obstacle to Adirondack prosperity, and thus classify the tract in a way that opens the door for his pro-development vision of “glamping” and multimodal recreation? Or will he recognize New York state’s long and proud legacy of wilderness preservation — preferably by making a meaningful contribution to that legacy?

Put another way, which camp will have the greatest influence on his thinking: a handful of town fathers from small, rural districts who would probably never vote for Cuomo under any circumstance anyway? Or the larger segment of the population that has come to see Boreas Ponds as a surrogate for the beleaguered national monuments?

Cuomo has the choice to either protect Boreas Ponds to the utmost of his authority, or to ignore the thousands of emails and phone calls his agencies have been receiving. If he chooses poorly, it may become hard for outdoor-minded voters to see any daylight between his disregard for wilderness and, say, Trump’s antipathy for places like Bears Ears. One presidential ticket might become just as unappealing as the other.

Bill Ingersoll lives in Barneveld and is the co-founder of Adirondack Wilderness Advocates.

Thomas Stevenson died in Edinburgh, Scotland, in May 1887. That event precipitated the chain of events that would ... 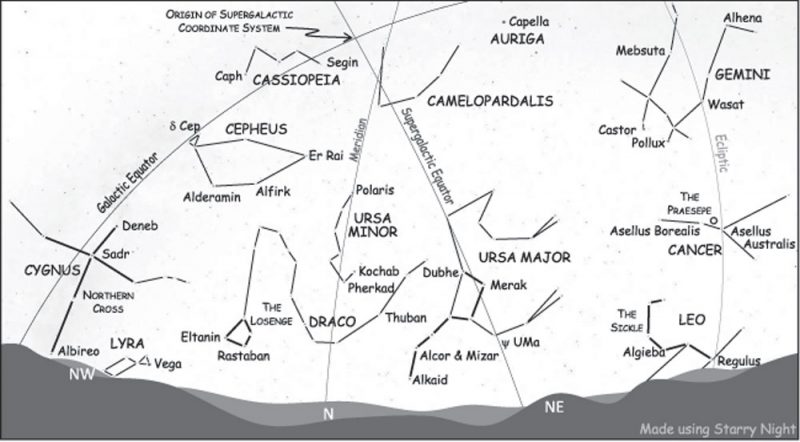