Easy entry into heart of the High Peaks 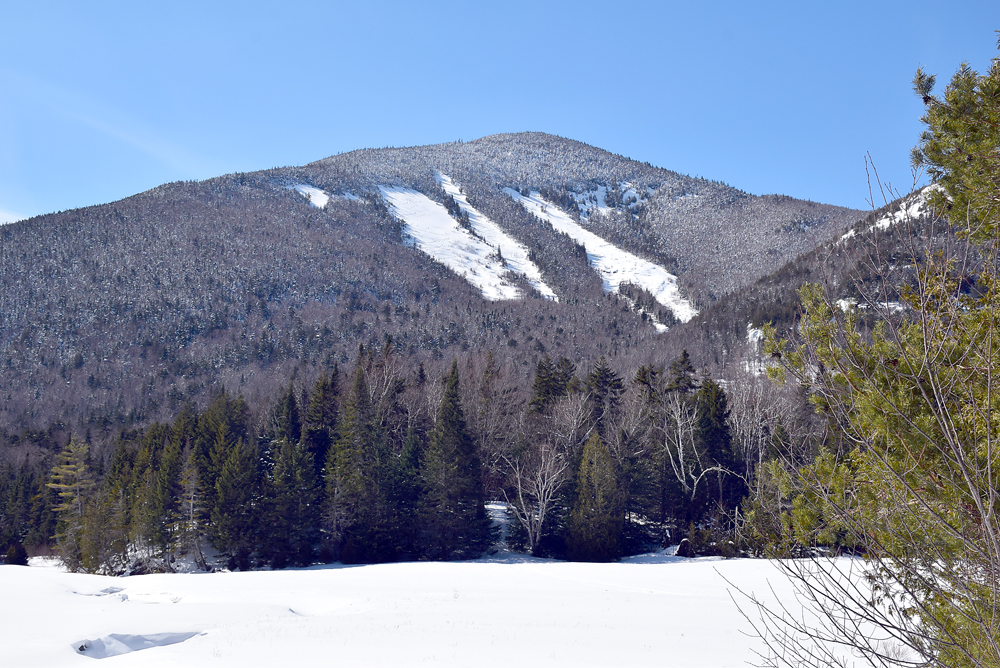 Wright Peak, with its skiable slides, is seen from Marcy Dam. (Enterprise photo — Justin A. Levine)

LAKE PLACID — The High Peaks, particularly the Marcy Dam area, may be one of the most visited places in the entire Adirondack Park. But on a warm day with hardly a cloud in the sky, I only saw three other people out enjoying one of the easiest entries into the High Peaks.

Setting out from the parking area at South Meadow Lane, I skied up the gentle grade and then push-polled my way to the 0.86-mile mark, where the trail splits. Bearing right, I signed in and enjoyed essentially perfect conditions for the rest of the 3.5-mile ski.

The Marcy Dam truck trail is an easy ski that is used a fair amount, so breaking trail is rare. With gentle hills, the trip can be navigated by pretty much anyone.

Marcy Dam is one of just a couple spots in the High Peaks where there is any development. In addition to some lean-tos and campsites, the area is home to a state Department of Environmental Conservation interior outpost, a small house where a caretaker stays during the summer. And of course, the remnants of the dam are still there as well.

In the fall of 2011, Tropical Storm Irene came through the North Country and dumped an astounding amount of rain. In the floods that followed, the log dam was severely damaged. 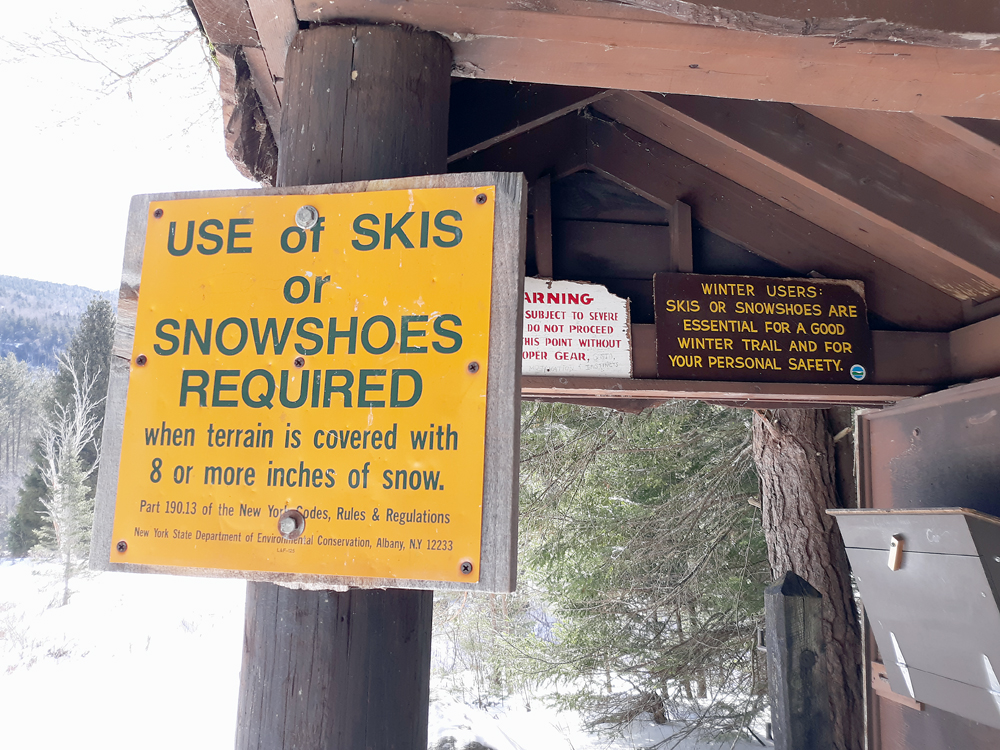 Signs at a trailhead register remind backcountry visitors that skis or snowshoes are required. (Enterprise photo — Justin A. Levine)

Originally built in the early 1900s, Marcy Dam was utilized in logging operations. The structure was rebuilt several times, most recently in 1970.

However, the damage from Irene led the DEC to call for its removal, since updating and rebuilding the dam to current safety standards was deemed to expensive. Rebuilding the dam also raised the question of whether the dam — a man-made structure — was legally and ethically allowed to be in a wilderness area.

Once the DEC decided the dam would not be rebuilt, along with a dam at Duck Hole Pond that suffered the same fate during Irene, the Student Conservation Association’s Adirondack Program began the work of dismantling the structure.

Over the past few years, the SCA crew has worked on removing parts of the dam each fall, intentionally going slowly so the area above the dam can begin to recover. Although the dam impounded a small pond, the pond had largely become filled in with sediment before Irene.

In addition to removing the dam, the DEC has also built a new bridge across Marcy Brook, about a tenth of a mile below the site of the impoundment to replace the bridge that used to go over the dam.

While the dam itself is in the final stages of existence, the area around the former impoundment is still a fun place to visit. With views of several High Peaks — including Wright, Colden and Algonquin — the easy trip offers a lot of beauty for not a lot of work.