Despite controversy over racist songs, she remains a star in Lake Placid, her adopted home 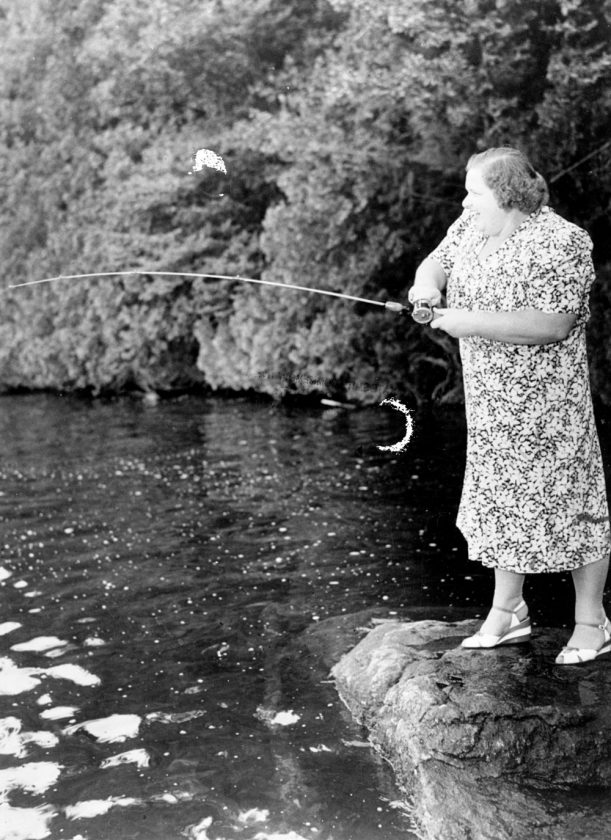 LAKE PLACID — Her song is no longer played during the seventh-inning stretch at New York Yankees games, and a statue of her outside the Philadelphia Flyers’ arena was removed. These sports teams used to love Kate Smith, but now they have discontinued playing her rendition of “God Bless America” in light of other songs, with racist lyrics, that she sang in the 1930s.

Smith, sometimes called the “First Lady of Radio” or the “Songbird of the South,” had strong ties to Lake Placid that are still felt today, locals say.

Though originally from Virginia and Washington, D.C., Smith spent time in Lake Placid for about 35 years, including many summers at her Camp Sunshine on Buck Island in the village’s namesake lake, where she turned the second floor of her boathouse into a recording studio. There is a memorial for her in the entry of St. Agnes Church, where she was baptized and confirmed as a Catholic in 1965, and to which she left a large bequest. She was inducted into the Lake Placid Hall of Fame. The Arts & Music Gallery at the Lake Placid-North Elba Historical Society features her records, sheet music and photos. She raised money for the Placid Memorial Hospital, the Uihlein Mercy Center and multiple youth programs. Her signature song, “When the Moon Comes Over the Mountain,” is seen as a love letter to the Adirondacks. And finally, she was buried in a mausoleum at the St. Agnes Cemetery after she died in 1986 at the age of 79.

Smith was a popular singer and radio star in the early 1900s, performing in films, on Broadway and on her own radio show, “The Kate Smith Hour.” She later went on to raise war bonds for World War II. In 1986, Ronald Reagan awarded her the Presidential Medal of Freedom.

“It’d be hard to grow up in this community and not know her,” Lake Placid Mayor Craig Randall said. 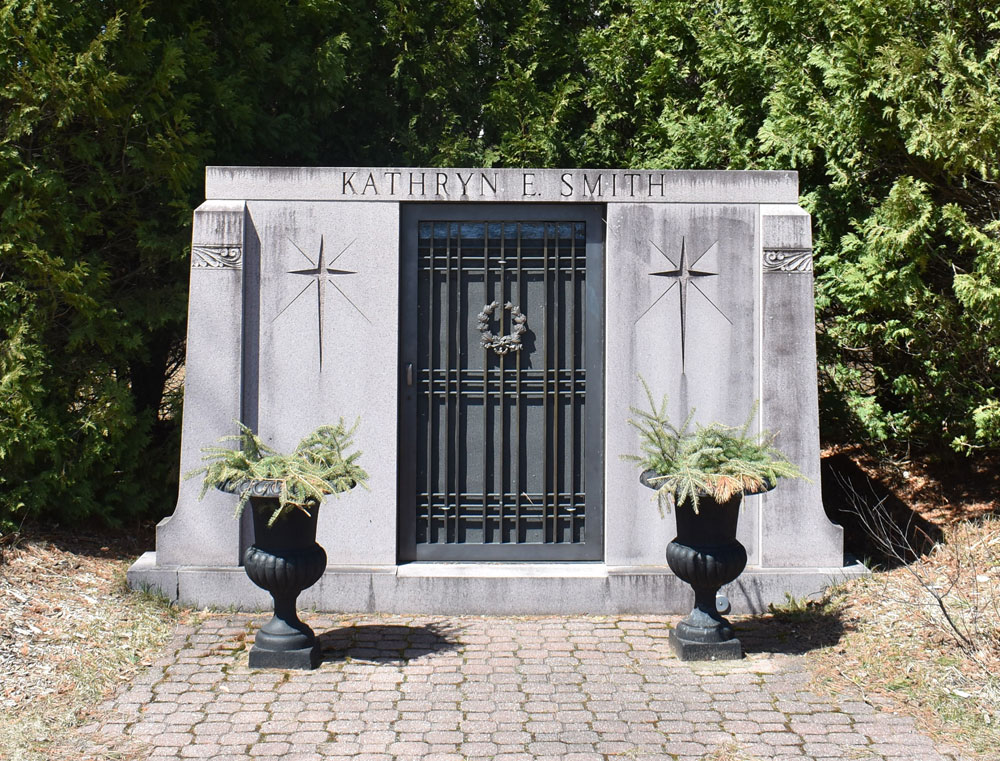 During her prime in the 1930s, one of Smith’s songs that recently garnered backlash is “Pickaninny Heaven.” “Pickaninny” is a slur for a black child, the stereotype you’d find in offensive cartoons where black people are mockingly shown with skin as dark as tar, big red lips and hair like Farina from the original “Our Gang” (Little Rascals) short films. Smith performed the song in the 1933 film “Hello, Everybody!” singing about how “great big watermelons roll around and get in your way” as a group of black children listens to her on the radio. It was written by songwriter Sam Coslow.

Another song that’s garnered recent attention is “That’s Why Darkies Were Born.” It has an abrasive title and uncomfortable lyrics such as, “Someone had to pick the cotton, Someone had to pick the corn, Someone had to slave and be able to sing. That’s why darkies were born.” On their surface, at least, these lyrics are seriously racist. But according to the New York Daily News, which first reported on the controversy last week, the song’s writers Rey Henderson and Lew Brown, both white, meant it as a satire of racism in America during the early 20th century. It was later sung by Paul Robeson, the black celebrity singer best known for “Ol’ Man River.” 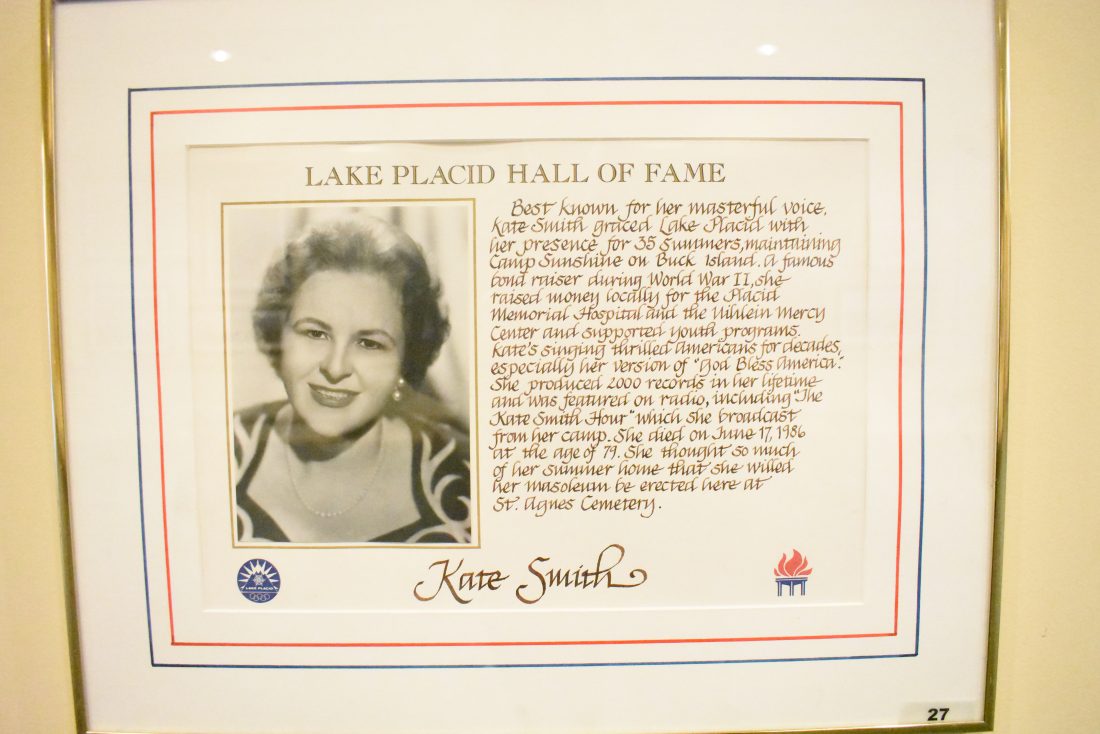 Smith also endorsed the Mammy Doll, a toy that looked like a stereotypical black woman who works for a white family — not a slave, but a servant.

Smith’s “God Bless America” became a tradition for the Yankees in 2001 during a time of heightened patriotism after the 9/11 terrorist attacks. Recently, a fan contacted the Yankees making them aware of Smith’s other songs. The team decided to stop playing Smith’s version during the seventh-inning stretch until they’ve completed an investigation on the matter.

The tradition with the Flyers goes back even further to game 6 of the 1974 Stanley Cup finals, where Smith sang “God Bless America” live and the Flyers went on to beat the Boston Bruins for the championship.

In a statement Sunday, Flyers President Paul Holgrem said, “The NHL principle ‘Hockey is for Everyone’ is at the heart of everything the Flyers stand for. As a result, we cannot stand idle while material from another era gets in the way of who we are today.”

The president of the Lake Placid-North Elba Historical Society, Parmelee Tolkan, said the board of trustees there is currently discussing whether to rotate the Kate Smith exhibit out of its Arts and Music Gallery.

The chairman of the Lake Placid Hall Fame, Sandy Caligiore, said the committee will keep Smith in the hall.

“Some of us have weighed in, and the general consensus is to leave her in,” he said in a phone interview Monday. “It would be very callous of us to turn a cold shoulder on her after all she’s done for the community. She raised a lot of money and supported youth programs. There’s a $1,000 music scholarship in her name that’s been given to a Lake Placid student for the past 25 years. We don’t feel it makes any sense to take such drastic action. She was always a great addition to the community, and we’re fortunate she found us.”

Like most people today, Caligiore didn’t know Smith personally, but as an avid baseball and hockey fan, he heard her sing all the time. He said he’s spoken to people who were close to Smith, and no one spoke negativity of her.

Town Supervisor Roby Politi said Smith was harmless and not a racist.

“I understand the Yankees’ and Flyers’ concerns. Their concern is selling tickets,” he said.

“I think we also need to look at the intent of the individual. There are some people out there who intend to hurt people, and (Smith) certainly wasn’t one of them.”

Longtime locals said Smith didn’t come off like a star or someone from Hollywood. They said she was down to Earth and humble.

Lake Placid-North Elba historian Beverley Reid said, “She was just another person. We treated her like everybody else.”

John Huttlinger, a local accountant, was 14 in the mid-’60s. He hadn’t joined the workforce yet and was looking to get a summer job.

His family attended church as St. Agnes. He said Smith would sit in the front-left section of pews, and so would his family.

“She was a regular fixture at St. Agnes in the summertime,” he said in a phone interview Monday. “Everybody liked to hear her sing.”

Huttlinger said his parents were not close friends with Smith, but they would talk and socialize after Mass. After a Sunday service, Smith told them her caretaker at Camp Sunshine, John Viscome, was looking for some help over the summer.

“I was cutting grass, weeding the gardens, mowing the lawn — typical caretaker work,” Huttlinger said. “Sweeping the floors, cleaning the boathouse, nothing too strenuous.”

At this point, Smith was in her 50s, and Huttlinger was just a teenager.

“I didn’t know her, per se, but I’d see her every day,” he said. “She was a friendly person. She was a good cook and made great cheesecake. Every so often John and I would sit in the boathouse, eating lunch, and she would bring us cheesecake.”

Politi and Randall said they remember seeing Smith in the Lavender Shop on Main Street where Flora Donovan sold knickknacks and trinkets and scarves.

“She was a wonderful lady,” Politi said. “A lot of the time you would see her behind the register, helping out Mrs. Donovan. I’d see her there, and then she would stop by my parents’ flower shop occasionally.”

The Enterprise also reached out to John Brown Lives and Adirondack Diversity Solutions for comment, but did not receive immediate responses.