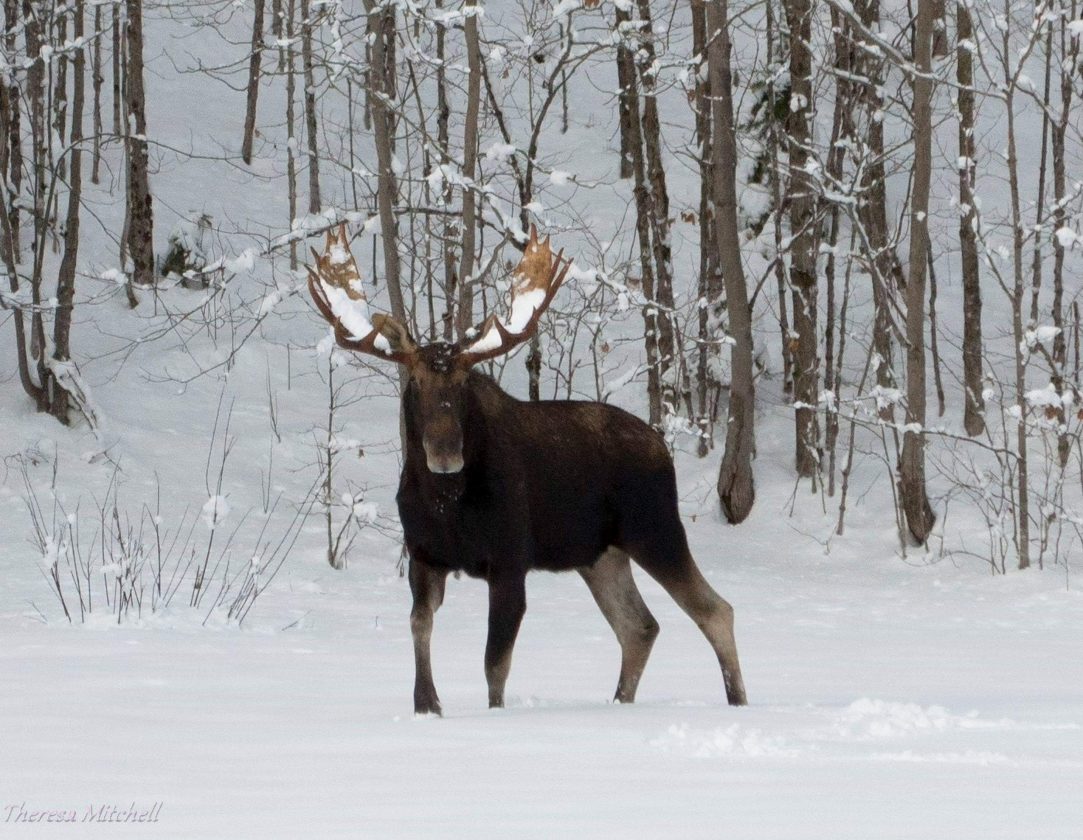 In its fifth straight year of aerial surveying for moose in the Adirondack Park, the state Department of Environmental Conservation said nearly 100 healthy moose were spotted over a four-day period.

The annual survey is part of a collaboration between the DEC, Cornell University and the SUNY College of Environmental Science and Forestry, as well as the Biodiversity Research Institute and the Wildlife Conservation Society.

“In 42 hours of helicopter flight time, staff observed 83 moose or groups of moose, all of which appeared healthy,” the DEC said in a press release. “Staff recorded the location, number of animals, the age and sex of each animal, and noted general habitat characteristics for each moose sighted.

“Data from these surveys will refine our estimate the moose population in the Adirondacks and will ultimately help inform a future moose management plan.”

In years past, the DEC has estimated the Adirondack moose population at anywhere from 400 to 1,000. The surveys — which have been conducted by a private contractor — have also netted or tranquilized moose so medical evaluations can be done. Many moose have also been fitted with GPS or radio collars so DEC staff can track individual animals.

The department has said in the past that the Old Forge area and the northern Adirondacks have the highest concentrations of moose. In prior years, collaring efforts have been successful in the Debar Mountain Wild Forest and near Lake Lila in the Tupper Lake area.

The DEC is also looking for public assistance when it comes to moose sightings. The DEC and its moose partners have an online form to log moose sightings. For more information on moose in New York, including the sighting form, go to www.dec.ny.gov/animals/6964.html.