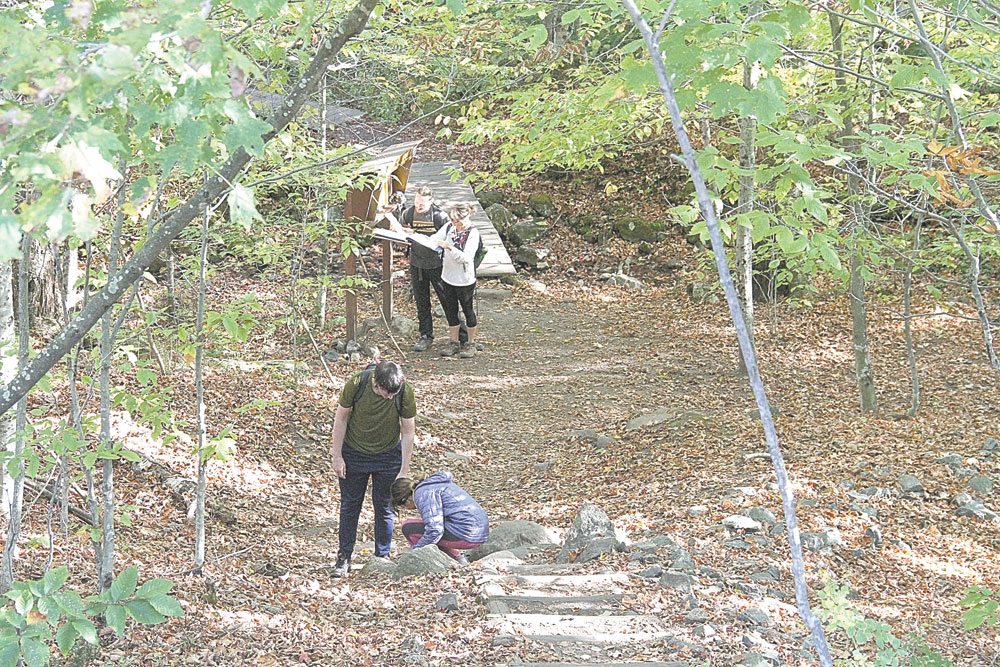 LAKE PLACID — Hikers will walk through private as well as public land as they hike to some of the state’s most popular mountains this Columbus Day weekend.

To avoid overcrowding of cars and people at the trailhead for Cascade, Porter and Pitchoff mountains on state Route 73, state agencies are teaming up to move the trailhead to nearby Mount Van Hoevenberg, home of the state-owned sports venues for cross-country skiing, biathlon, bobsled, luge and skeleton. Hikers will park in the lots there at the end of Bob Run Road and follow a cross-country ski trail 2 miles to meet the Cascade-Porter trailhead six-tenths of a mile from the Route 73 trailhead. 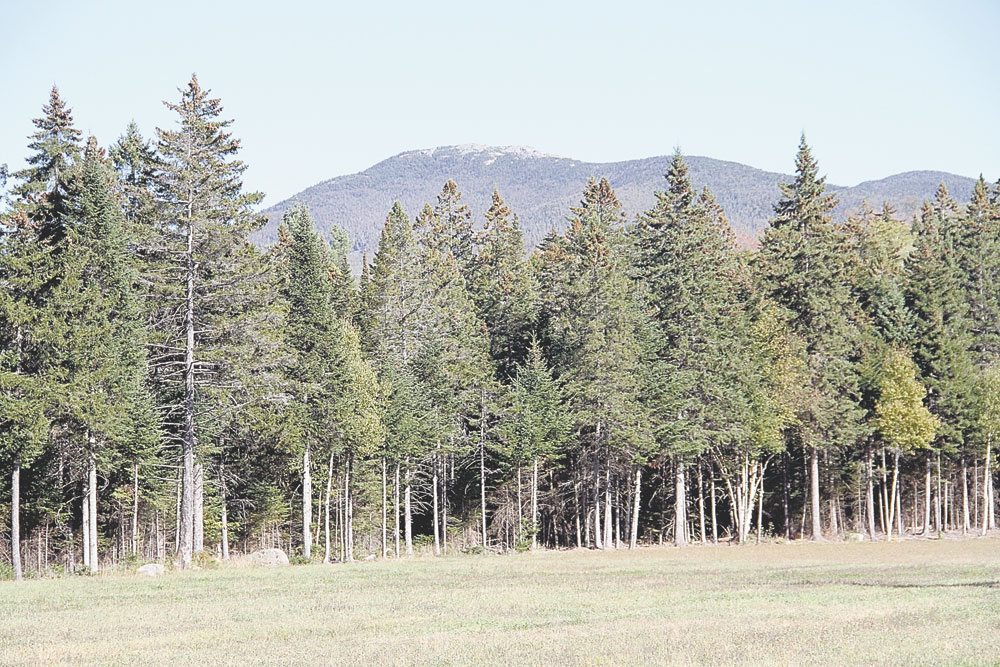 In between these two blocks of state land — the Mount Van Hoevenberg facility and the High Peaks Wilderness, wherein lie Cascade and its normal trail — that ski trail passes through two parcels of private land, owned by the Corwin family and David Steckler. Landowner Tony Corwin said he has a four-day agreement with the state for hikers to use the trail during this holiday weekend only. Spokespeople for the state Department of Environmental Conservation echoed that.

A DEC spokesman also confirmed that state officials only sought and obtained permission from the landowners after the DEC announced the trail reroute on Sept. 28.

In August 2016, the state Adirondack Park Agency approved a DEC plan to reroute the trails off two parcels of private land, as requested by Steckler. DEC officials said at the time that state officials were still negotiating with the other landowner, who, looking at trail maps and Essex County tax maps, appears to be Corwin. Despite this plan, the ski trail hikers will use this weekend still uses Steckler and the Corwins’ land.

On the evening of the Sept. 28 announcement, Tony Corwin posted on his Facebook page that he was angry about the state rerouting hikers across his property without asking him first.

“No one from the DEC or ORDA has asked permission to use the trails that cross our property,” he wrote.

“DEC has called me three times tonight,” he added later, in response to a friend’s question. “As of now they do not have the two land owners permission.”

DEC spokesman Sean Mahar wrote in an email Wednesday, “As the announcement was made, DEC staff learned of landowner concerns and worked quickly to resolve any concerns and secure necessary permission from the private landowners for this temporary trail relocation.”

Hikers could still use the regular trailhead on Route 73 if they get rides to it, but parking there will be prohibited from dusk Thursday through Monday.

State police, forest rangers and the Essex County sheriff’s office plan to patrol the area to uphold the parking ban.

“Those who are not in compliance may be ticketed or their vehicles may be towed,” Maj. John Tibbitts, commander of the state police Troop B, said in a DEC press release.

This reroute is an experiment as the DEC tries to figure out how to adapt to a crush of hikers at the state’s busiest mountains.

Cascade is perhaps the Adirondack Park’s most popular hiking destination. At 4,098 and 4,059 feet above sea level, respectively, climbing to Cascade and Porter’s summits are both required for hikers aspiring to become Adirondack 46ers — those who have the 46 Adirondack peaks originally surveyed at over 4,000 feet tall. At a time when lists are in vogue, the 46ers’ popularity has grown exponentially. Cascade, with a 4.8-mile round-trip from Route 73, is the shortest hike to a 46er summit and is therefore an attractive day hike for families and others eager to check a mountain off their 46er list.

Cascade’s popularity brings traffic headaches on the main highway between the Adirondack Northway (I-87) and Lake Placid. Parking capacity at its trailhead has long been inadequate. Even on non-holiday weekends, hundreds of hikers’ cars line both sides of the two-lane highway for long distances.

“The Cascade Mountain trailhead is presently a parking hazard and nightmare,” Roby Politi, supervisor of the town of North Elba, said in DEC’s press release. “I’m pleased DEC is taking action to address this public safety need by relocating the trailhead to the Mount Van Hoevenberg Sports Complex.”

Years ago, the town of Keene started a shuttle bus service with a separate parking lot to deal with overcrowding at the Garden trailhead, where hikers access many of New York’s tallest mountains. Asked if a shuttle bus could be an option at the Cascade trailhead, DEC spokeswoman Erin Hanczyk wrote, “DEC will continue to evaluate additional options to employ in the future to effectively enhance public safety during times of anticipated increased traffic in these areas. DEC will be working with stakeholders/the public on long term changes needed for health and safety as well as the integrity of the lands.”

In addition to more and safer parking, Mount Van Hoevenberg will provide hikers with bathrooms and food and drink at the nordic ski lodge. 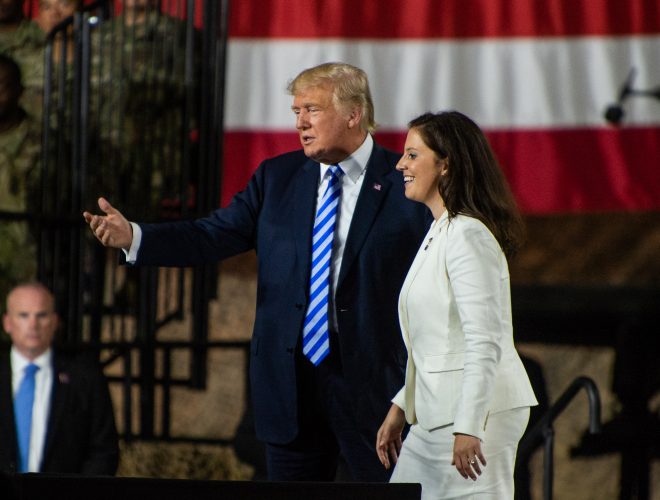 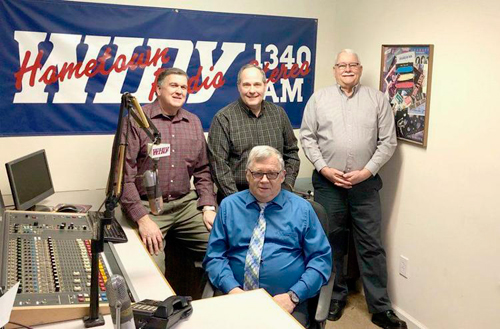 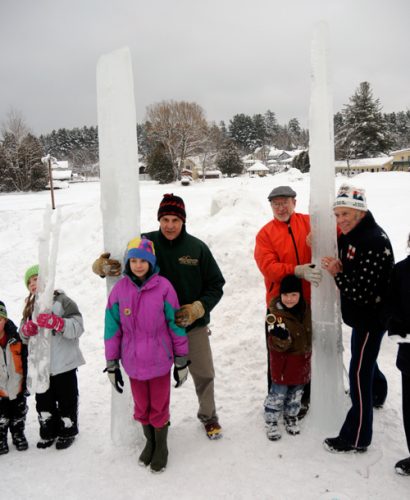 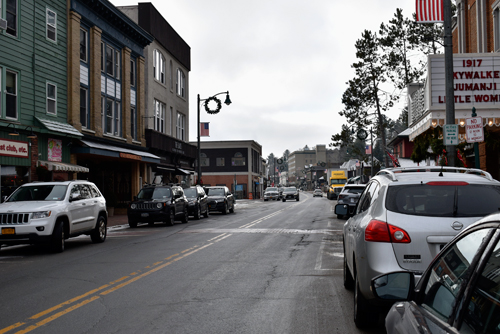