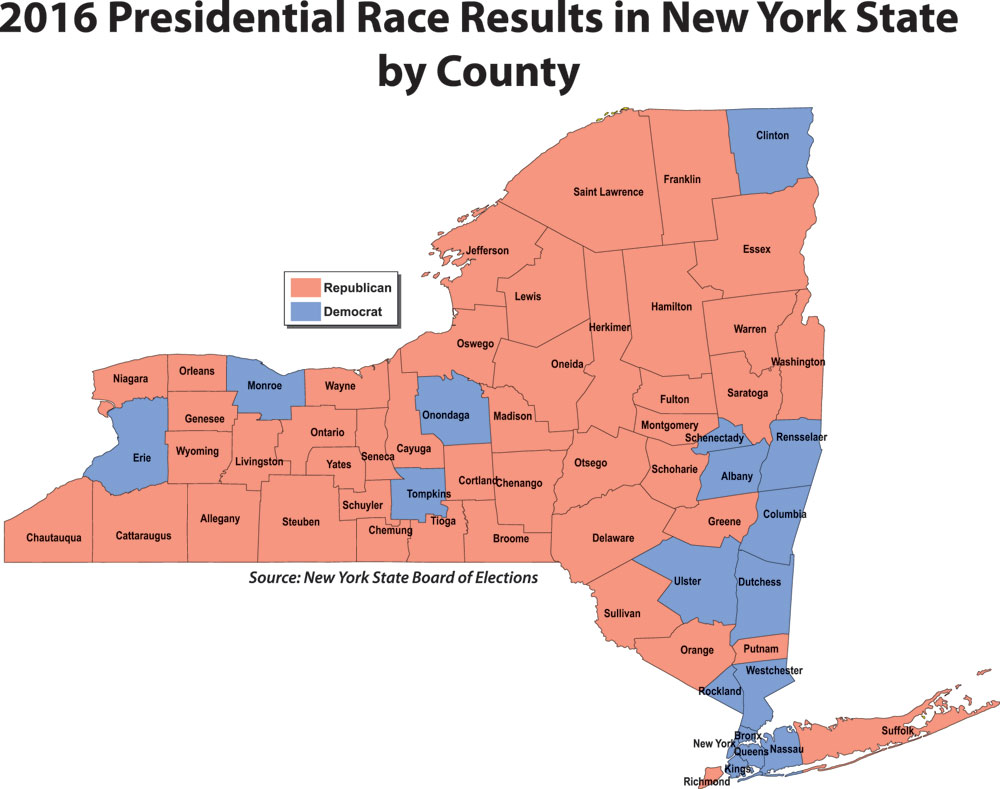 Though President-elect Donald Trump trailed Democratic candidate Hillary Clinton by about 200,000 votes in the national popular vote as of Wednesday afternoon, Trump took Essex and Franklin counties by a narrow margin in Tuesday’s historic election.

“I think Clinton is manipulative and a liar, and we’ve had enough of that,” Bob King of Tupper Lake said after voting Tuesday morning. “I believe Trump really thinks in his heart he can do a lot better than Clinton, especially economically. Whether he can do it or not, I don’t know, but I’m willing to give him a chance.”

The 0.91-percent difference in votes between Clinton and Trump in Clinton County was the closest margin of victory for either Trump or Clinton in any of New York’s 62 counties.

Despite Trump’s victories in Essex and Franklin counties as well as in 44 more of New York’s 62 counties, Clinton easily won New York’s 29 electoral votes as expected, defeating Trump 59 percent to 28 percent in the statewide popular vote.