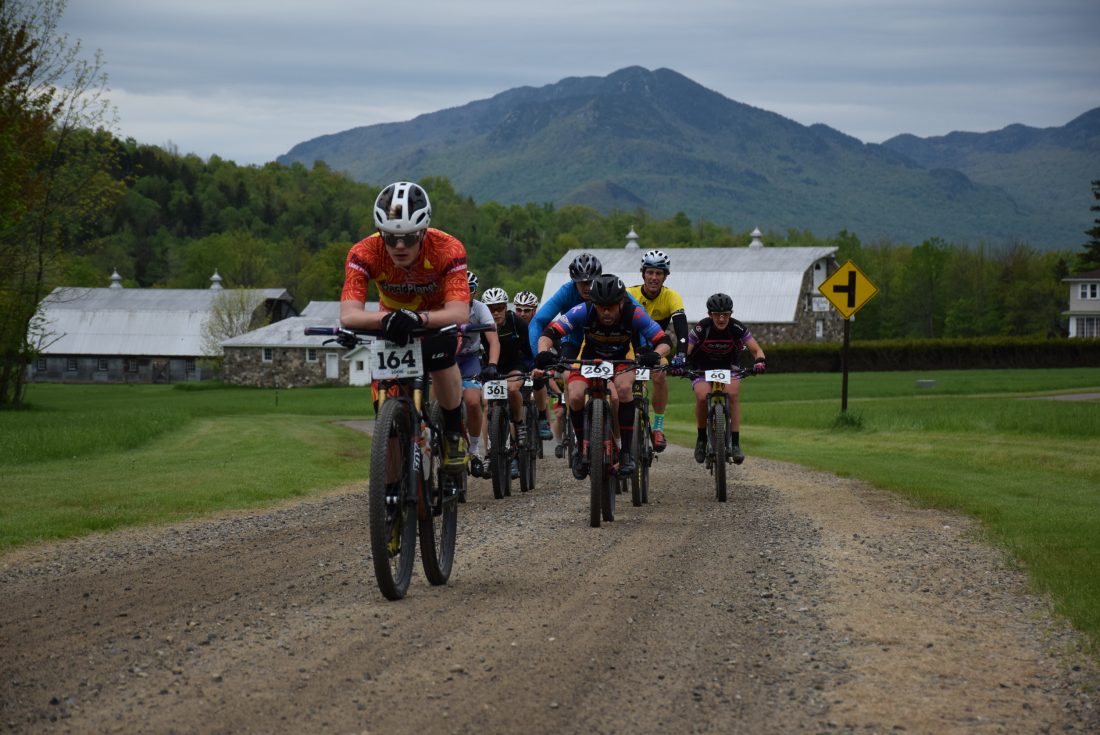 Riders compete on June 1 in a mountain bike race that was part of Wilmington’s bicycling weekend. (Enterprise photo — Justin A. Levine)

WILMINGTON — Hundreds of mountain bike riders made their way across the North Country on Saturday, completing either a 50- or 100-kilometer loop on a mix of single track, dirt roads and some short sections of paved road.

The race was the second event of Wilmington’s bicycling weekend. The first was Friday’s uphill event that featured nearly 400 riders going from the base of Whiteface Mountain to the castle near the summit.

Three hundred and forty-five riders completed the 100K loop, while another 48 did the 50K loop. With a handful of rider competing on tandem or single-speed spikes, the total number of riders on the mountain bike course numbered 403.

Wilmington town supervisor Randy Preston said the area has worked hard to develop a reputation as a mountain biking destination, and that effort has paid off as nearly 1,000 bicyclists descended on the town for the weekend.

“Our numbers are above last year,” Preston said. “The cooler weather is going to help the racers and so far, things are looking great. If you figure there’s just under 500 racers, and they’re going to bring people with them, so probably 1,000 people (are here).

“We’ve always wanted to be known as a mountain bike community, and this seals the deal because this is the real McCoy.”

First time racer Mark Gundlach said he was shooting for a spot in the Leadville.

“I’ve done the Bear Scat 50 miler, I’ve done a bunch of 50Ks and 50 milers I seem to be doing well in so I thought I’d take the step to doing the 100 miler in Leadville,” the Morristown, New Jersey resident said. “So I’d love to get a bid into that and try that out.

“Mountain biking, it’s a lot of fun. Anytime I get a chance to get out for a nice, long ride, why not?”