Shiffrin lights up Killington once again

One weekend after finishing 1.78 seconds ahead of her opponents in Finland, Shiffrin was a massive 2.29 seconds clear of her biggest rival, Petra Vlhova, in the United States on Sunday.

Shiffrin’s success for a fourth straight year at Killington was the 62nd World Cup win of her career, which tied her for second on the all-time women’s list.

The 24-year-old American drew level with Annemarie Moser-Proell, the Austrian downhill great of the 1970s, and now trails only Lindsey Vonn’s 82 wins.

“The records keep going, don’t they?” Shiffrin said, laughing. “We’re just doing the best we can every day. When it pays off and it shows in these kinds of records and making history like that, it is special for sure.”

Shiffrin took a 1.13-second first-run lead over Vlhova and more than doubled it second time down a windswept Super Star course in -6 Celsius (21 Fahrenheit) temperatures.

Anna Swenn Larsson was third, trailing 2.73 behind Shiffrin. No other skier was within three seconds of Shiffrin.

The time gap was almost unthinkable for any other modern racer to set but was short of Shiffrin’s record World Cup slalom margin. She won by 3.07 seconds four years ago also on American snow, at Aspen.

For comparison, in the only traditional slalom Shiffrin failed to win last season, she was runner-up to Vlhova by just 0.15 at Flachau, Austria. Vlhova called that “my best day ever.”

Shiffrin stood calmly in the Killington finish area to check the leaderboard, waved to a noisy crowd and gestured as though she had been close to the limits of staying on the course.

“I was really fighting,” she acknowledged. “I really didn’t think it was going to be fast. I do fight because it, I don’t know, feels more sweet to come to the finish like that.”

Wendy Holdener was the distant runner-up to Shiffrin last weekend at Levi, Finland, and sat third after the morning run Sunday. However, the Swiss racer’s challenge in the afternoon lasted just seconds before her skis straddled the second gate.

Shiffrin’s maximum 200 points from the first two slalom races this season has created a 192-point lead already in the overall standings for the three-time defending champion.

Second place is held by Michele Gisin of Switzerland, who placed ninth Sunday, 4.28 seconds behind Shiffrin.

The World Cup circuit moves on for three speed races next weekend at Lake Louise, Alberta, where Shiffrin got her only career downhill win two years ago.

WASHINGTON (AP) — A bill that would give Congress the power to dissolve the U.S. Olympic and Paralympic ...

5 new faces on ORDA board

Little appointed to ORDA board 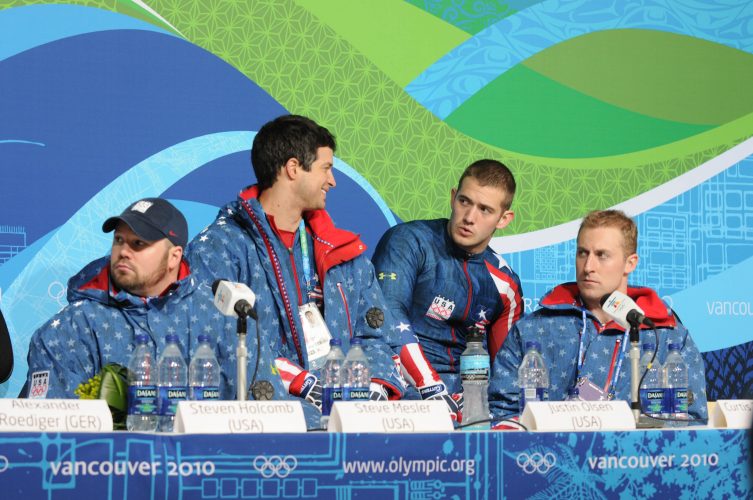 Olsen retires, will coach US sliders with Garrett Hines

LAKE PLACID — The new Sky Flyer Zipline will open for its first rides today at the Lake Placid Olympic Ski ...