OESTERSUND, Sweden — The longest race on the biathlon docket is always a test of fitness, especially during the opening stop on the world cup circuit. That was the case on Wednesday at the BMW IBU World Cup opener as the men raced the 20-kilometer individual event under the lights in Oestersund.

“The hardest race of the season is done,” Doherty said after the race. “Now it’s full focus forward.”

The French team appeared in mid-season form as Martin Fourcade led a French sweep of the top four places in the 20k individual. Fourcade took the lead after the first standing stage and was never challenged, finishing with a single penalty in 53:11.9.

Boston Marathon will serve as qualifier for Paralympics

BOSTON (AP) — The Boston Marathon will serve as qualifying for the 2020 Paralympics.

The top two American men and women who meet the qualifying standards in the arm or vision impairment classifications will be nominated to the U.S. team for the 2020 Games in Tokyo.

Boston was the first major marathon to include a wheelchair division in 1975. Organizers had previously announced a revamped Para Athletics Division that will award a total of $16,500 in prize money and spots on the podium to winners in vision, upper limb and lower limb impairment categories.

The 124th running of the Boston Marathon will be April 20.

Freestyle skier Gus Kenworthy hasn’t had much time to rehearse and practice new tricks heading into the Winter X ...

ANAHEIM, Calif. — The NCAA will now permit elite athletes to be paid for training expenses by the U.S. Olympic ...

LILLEHAMMER, Norway — Two-time Olympian Summer Britcher showed that the Hunderfossen track in Lillehammer is her ... 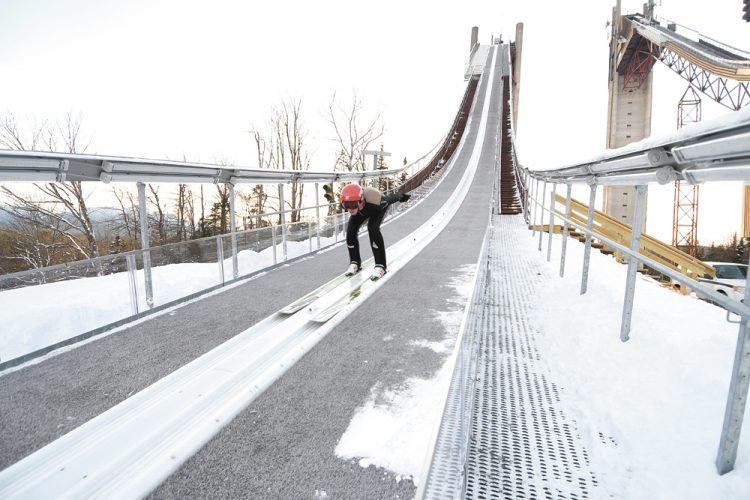