LEVI, Finland (AP) — Henrik Kristoffersen has finally triumphed again in a men’s World Cup slalom after 22 months, winning the first race since the retirement of his longtime nemesis Marcel Hirscher.

Competing in foggy conditions and snowfall, Kristoffersen edged first-run leader Clement Noel on Sunday to win the first slalom of the season.

It was the Norwegian’s 16th career victory in the discipline, but the first since winning in Kitzbuehel in January 2018.

“After the first run I thought: ‘Seven-tenths on Noel, that’s a bit too much,'” said Kristoffersen, who trailed the Frenchman by 0.68 seconds after the opening leg but beat his French rival by 0.09 thanks to a near-flawless second run.

“My skiing in slalom is much better than last year, we have worked a lot,” he said. “It was not a perfect run but it’s going in the right direction.”

Kristoffersen and Hirscher dominated the slalom circuit for years, with the Austrian mostly coming out on top.

No other skier than Hirscher (six times) or Kristoffersen (once) has won the season title in the discipline in the past seven seasons.

“In 2015, 16, 17, we were very fast, Marcel and me. Then we were a bit over the limit, I think,” Kristoffersen said. “I had to take back a bit: a bit less speed and a bit more focus on technique. Taking one step back to go three steps forward.”

With Hirscher, the record eight-time overall champion from Austria, now retired, the competition for a new slalom champion is wide open.

Noel confirmed his status as one the leading racers in the discipline by posting the fastest time in the opening run, building a lead of 0.39 seconds over Britain’s Dave Ryding.

In the second run, however, Noel had a costly mistake going into the steep part of the Levi Black course while Ryding, chasing his first win, slid off the course midway down the hill and failed to finish.

“It was a good race. It was really difficult in the second run,” Noel said. “It’s a good way to start the season. I am playing with the big boys and I am happy about that.”

Noel had his breakthrough in the final two months of last season. Without a World Cup podium finish to his name, Noel finished runner-up in Adelboden in January before winning races in Wengen, Kitzbuehel and Soldeu.

It earned him second place, shared with Switzerland’s Daniel Yule, behind Hirscher in the slalom season standings.

On Sunday, Yule improved from seventh after the opening run to third, 0.18 behind Kristoffersen.

Noel’s French teammate Alexis Pinturault finished 2.48 off the lead in the opening run and failed to qualify for the second.

Pinturault won the season-opening giant slalom last month and is widely regarded a main candidate for the overall title.

The men’s World Cup continues next week in Lake Louise, Alberta, with a downhill on Saturday and a super-G the following day, the first speed events of the season. 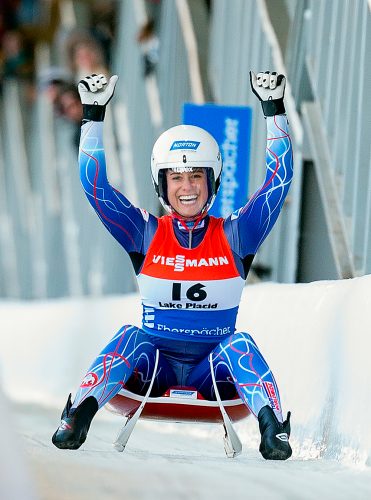 IOC to look at allowing athlete protests at Olympics

GENEVA — Amid a global wave of demonstrations against racism, the IOC said Wednesday it would open talks that ...