SOCHI, Russia — In only her second career Intercontinental Cup event, Kelly Curtis led USA Skeleton with sixth- and eighth-place finishes on the 2014 Olympic track in Sochi, Russia over the weekend. Sara Roderick, who just began competing last season, posted a 10th-place finish for another strong women’s team performance. Curtis and Roderick have only competed on North American tracks before this weekend.

“I knew when I was named to the Intercontinental Cup team that this first half would be about keeping things in perspective while learning new tracks as quickly as possible,” Curtis said. “Since I’ve been struggling with the nuances of this particular track all week long, I was relieved to be able to get into competitive positions on both race days.”

The Sochi Intercontinental Cup consisted of two races held over two days on Saturday, Nov. 23 and Sunday, Nov. 24. Despite never having slid on the Russian track before, Curtis put together a strong performance on day one. She posted identical start times of 5.09 seconds for runs of 57.80 and 57.79 seconds to place sixth with a combined time of 1:55.59. Roderick, a quickly emerging athlete in the U.S. program, finished 10th with a combined time of 1:57.83.

Curtis, of New Jersey, credited great coaching for their ability to learn the track as quickly as they did.

“Our entire team made a lot of improvements throughout the week thanks to coaches Matt Antoine and Tuffy Latour,” she said. “It was pretty neat to go on a track walk where Matt won his Olympic medal.”

Kristen Hurley narrowly missed the top 10 on both days of competition, finishing 13th with a total time of 1:58.68 Saturday and 12th with a combined time of 1:57.94 on Sunday.

Susanne Kreher from Germany swept the women’s races with times of 1:54.34 and 1:54.29, respectively. Renata Khuzina claimed double silver medals for the host nation with combined times of 1:55.12 and 1:54.64. Russia also claimed bronze on Saturday with a finish time of 1:55.12 by Alena Frolova, while Madelaine Smith from Great Britain was third today with a two-run total of 1:55.19.

Garbett said it was a great week of learning the track, though he didn’t have the results he was hoping for.

“I took a lot away from this track and I’m excited to come back one day,” Garbett said. “The Russian federation did an amazing job, and I want to thank them for all of their hard work to put on a great event.”

“I’m looking forward to learning more tracks with my teammates in these next three weeks,” Curtis said. “Thanks so much to my friends, family, and sponsors who have made this trip financially possible.”

LAUSANNE, Switzerland — New ways of solving challenges for Olympic host cities are being tested this month at the ...

Mikaela Shiffrin has yet to win a race in 2020 and actually recently recorded a rare “did not finish” in an ... 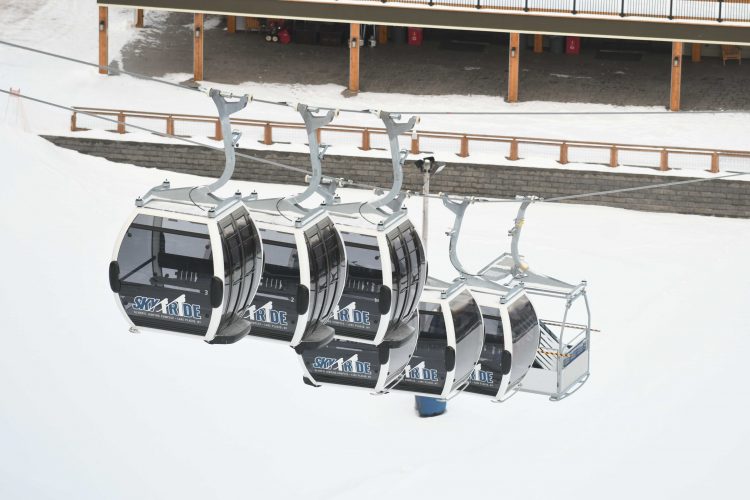