WHISTLER, British Columbia — Austin Florian raced to an eighth place finish in his men’s skeleton World Championship debut Friday on one of the world’s fastest and most technical tracks in Whistler to lead the U.S. in his rookie season. USA teammates Greg West and Kyle Brown finished their World Championships in 16th and 19th, respectively.

“I am over the moon right now,” Florian said. “I can’t believe I was able to pull this off this year.”

Florian wasn’t fazed overnight by the number of experienced and accomplished competitors that were aiming to take his spot in the top 10 in day two of racing. If anything, it fueled him. The 24-year-old stepped up, posting his best start time of the competition so far of 4.52 seconds and threading together a smooth run of 52.17 seconds that was sixth best of the third heat to move him up one spot.

“I’ve got to keep moving up,” Florian said after the run.

Florian powered off the block in the final heat with a push time of 4.51 seconds, only 0.03 seconds from the track’s nine-year start record, which was broken later in the competition. The up-and-coming American slid to the finish in 52.56 seconds for a total of 3:30.22 to finish eighth in his World Championship debut.

“I just can’t believe it,” Florian said. “I did some good recovery last night, and the staff was a huge help to get me race ready again. I owe a lot to them.”

Florian has competed in 15 events this season, including World Championships. After earning a national team berth earlier this season, the coaches decided to send Florian to the North American Cup and European Cup to gain experience on tracks he’s never raced in his young career. He’d already competed in seven international races before making his World Cup debut in December. While it was exhausting, Florian thinks the decision contributed to his success.

“I’m very happy with the decision and to have those races to learn the European tracks,” Florian said. “It not only helped me this year, but it will help me in the future as well. It was a hard decision to make, but it was the right one.”

Latvia’s Martins Dukurs broke the start record in the final run with a push time of 4.47 seconds en route to capturing his sixth World Championship title. Dukurs won by 0.51 seconds over Russian Nikita Tregubov with a combined time of 3:28.11. Trgubov posted a total time of 3:28.62, followed by Korean and reigning Olympic champion Sungbin Yun in third with an aggregate time of 3:28.99.

USA’s West moved up two spots today. He matched his first heat start time of 4.70 seconds, 21st of the field, and slid to the finish with the 17th best time of 52.78 seconds. West moved up another spot in the finale after clocking a 4.71 start time for a downtime of 52.73 seconds. He finished with a four-run combined time of 3:31.36 for 16th. While West is disappointed with his finish in the individual men’s skeleton race, he is leaving Whistler with the World Championship bronze medal from the team event last weekend.

Only the top 20 competitors after the third heat are granted a fourth run and Brown was the final slider to qualify. Brown found redemption in the final run, posting his best start time of 4.60 and his best downtime of 52.70 seconds to move up into 19th with a combined time of 3:31.76. 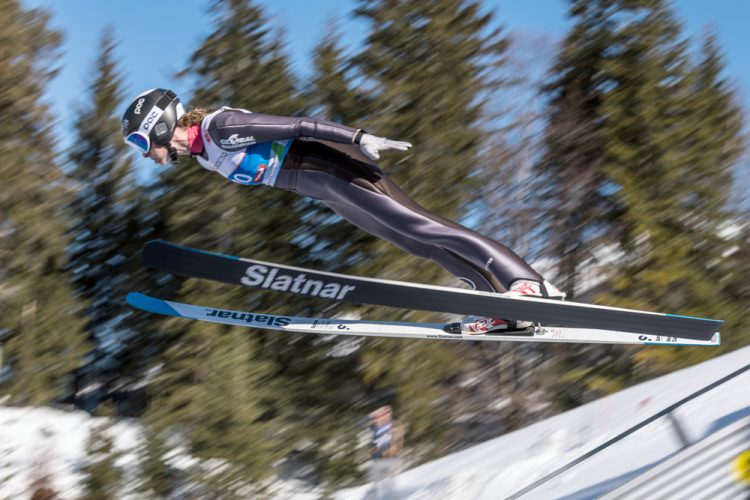