From the left, Ian Breen and Perry Babcock, of the Whiteface Club, and Jim Beauregard of the Lake Placid Resort were the three local golfers competing in Monday’s tournament. (Enterprise photo — Lou Reuter)

A clump of turf sticks to Scott Berliner’s wedge after his approach shot on the 15th hole during Monday’s PGA Northern New York Section pro tournament at the Whiteface Club in Lake Placid. Watching in the background is Marc Levesque, who competed in the senior division. (Enterprise photo — Lou Reuter) 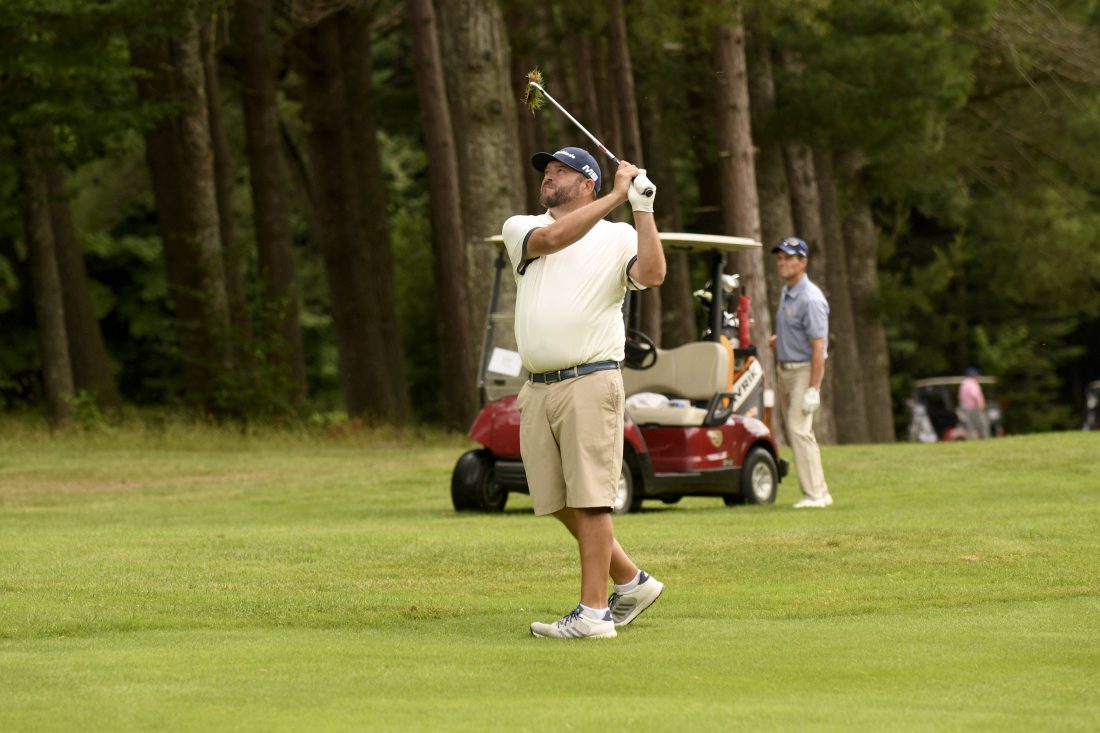 A clump of turf sticks to Scott Berliner’s wedge after his approach shot on the 15th hole during Monday’s PGA Northern New York Section pro tournament at the Whiteface Club in Lake Placid. Watching in the background is Marc Levesque, who competed in the senior division. (Enterprise photo — Lou Reuter)

LAKE PLACID — The phrase “practice makes perfect” may not be exactly words when it comes to the the game of golf, because in reality, a person could never play a perfect round.

But practice certainly helps, and Scott Berliner surely showed that at the Whiteface Club on Monday.

In the third PGA Northeastern New York Section pro tournament of the year, Berliner fired an impressive 7-under par 64 to win for the second time in a row on the tour. The tournament featured a field of professionals and assistant pros from golf clubs across the northern part of the state, as well as western Massachusetts, and Berliner conquered the field competing for the first time on the layout that’s highlighted by tight wooded fairways and abundant doglegs.

“Fortunately a couple of us came up yesterday for a practice round because I had never played here,” said the 45-year-old who is based out of the Saratoga Spa State Park Golf Course. “This is not a golf course you want to play blind. You’re going to make big numbers if you start spraying it off the tee. If you get in in the fairway, if you can get it to the corners of some of the doglegs, you’ll be using your shorter irons, and typically, I’m pretty good with my distance control.

“I think my game plan off the tee set everything up from that point forward,” Berliner continued. “I didn’t hit it out of play at all off the tee today, which is huge, because quite frankly, I lost a half dozen balls yesterday trying to be aggressive. 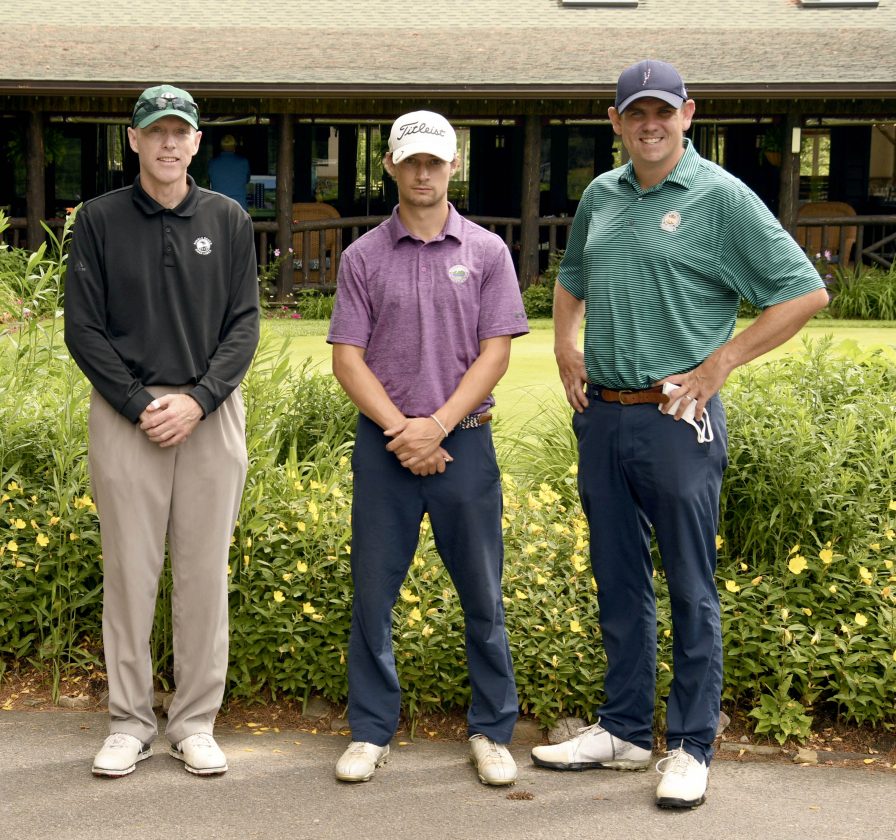 From the left, Ian Breen and Perry Babcock, of the Whiteface Club, and Jim Beauregard of the Lake Placid Resort were the three local golfers competing in Monday’s tournament. (Enterprise photo — Lou Reuter)

“I’m so glad I came up early, because I literally would have done the same thing today that I did yesterday. I never would have finished 7-under.”

Berliner, who has also captured five titles at the annual Tupper Lake Tupper Lake Open tournament, finished with eight birdies and a single bogey in Monday’s round. He was coming off a victory in the Donald Ross Classic, the second event of the PGA Northeastern New York Section circuit, and finished tied for sixth in the season-opening tourney.

Berliner earned $900 for the victory and was one of three golfers to card rounds below par at the Whiteface Club. Justin Hearley of Normanside Country Club was runner-up with a 3-under par and Jeremy Kerr of the Mohawk Golf Club placed third with a 1-under par 70.

For much of the morning, Ian Breen, the assistant pro at the Whiteface Club, had a decent round going on his home course. But a double bogey on the 16th and a bogey on the final hole turned the day into disappointment for the former standout golfer and graduate from Saranac Lake High School.

Breen finished in a four-way tie for fourth place with a 2-over par 73. 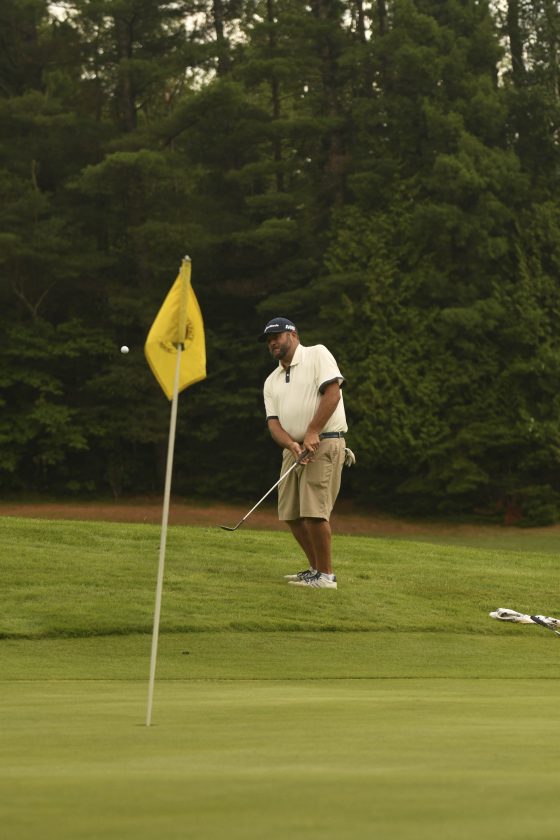 Perry Babcock, who is also based at the Whiteface Club, was next, placing eighth with a 75.

“I played OK,” Babcock said. “The ball just didn’t want to go in the hole sometimes. The cups were good, the greens were good, I just missed a few, left a few out there. For someone like me who doesn’t play in many tournaments, it’s nerve-racking where you’re standing on the first tee and everybody’s watching you. But once you get a few holes in, it’s not too bad. I hit the ball really well, my putts just didn’t find the back of the cup. I was just burning the edge on everything, but you can’t be upset with that.”

Jim Beauregard of the Lake Placid Resort placed 16th with an 86.

The tournament also included a senior legends division, where Plattsburgh’s Willie King placed second, one stroke back of the winning score of 78 turned in by Michael McAllister of the Hiland Park Golf Club.

King said he got off to a good start but struggled a bit down the stretch.

“It went well for a long while, but I was unsure of myself on the back nine,” King said. “I lost my swing a little bit and I tried steering it. I hit a couple in the woods and a lost ball is two shots. I threw away four shots but besides that, I played really well.”

The next PGA Northern New York Section is scheduled to take place Monday, July 20 at the Saratoga Golf and Polo Club. 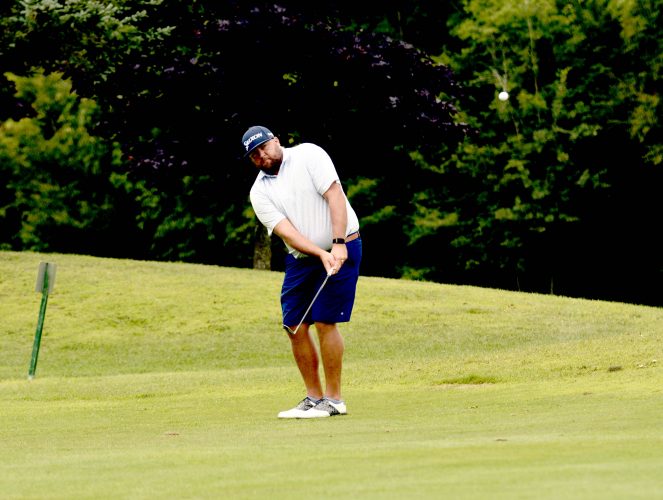 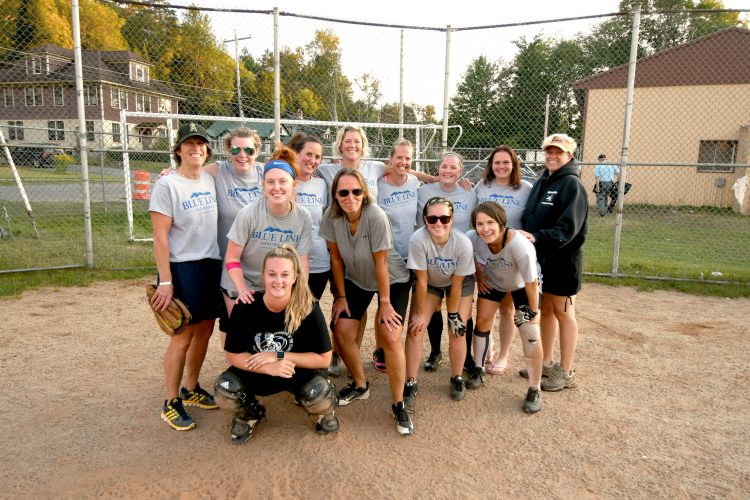