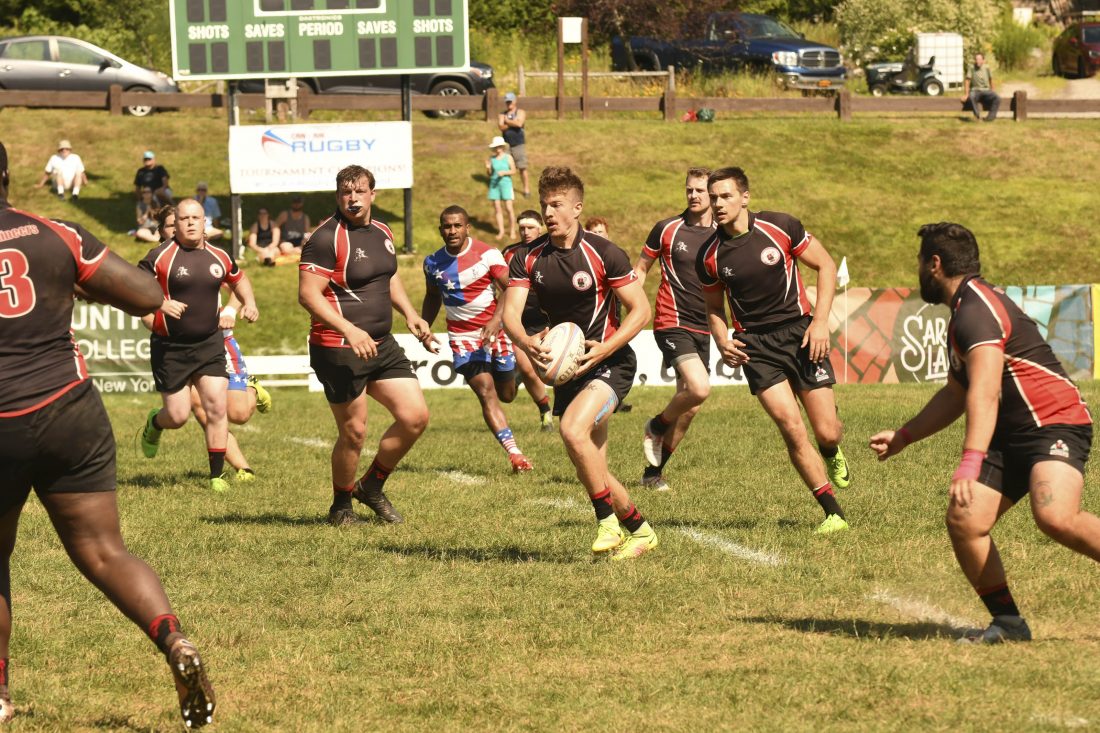 That’s how many summers in a row that three huge sporting events have been held consecutively in Lake Placid and surrounding communities prior to this year — 2020, the year of the coronavirus.

Those runs all came to an end on Wednesday, when it was announced that such gatherings in this region have been canceled for the rest of the summer due to concerns of spreading the virus.

Add in 50 years of horse shows, 37 straight Junes for Tupper Lake’s Tinman and 14 more of the Lake Placid Marathon and Half. Tack on many more years of foot and bike races up Whiteface Mountain, and that makes up well over two centuries’ worth of sports traditions that will not take place here this summer.

The Lake Placid Horse shows celebrated their 50th anniversary in 2019 but were called off weeks ago for this year. They were slated to start this week. The 38th Tinman in Tupper Lake would have taken place on Saturday but instead became a virtual event.

Wednesday’s announcement ended speculation on whether both the full-distance and 70.3 Ironman triathlons would be held, as well as the 31st annual Summit Lacrosse Tournament and the Can-Am Rugby Tournament would take place.

The Lake Placid Marathon and Half, which was moved from early June to Aug. 23, also fell victim to the pandemic.

Before the start of the pandemic, Lake Placid Summit founder George Leveille was excited to see that event take place for the 31st summer in a row. During recent years, the tournament kicked off on the first Monday of August and ran for seven days with more than 200 teams participating. He said organizers developed plans for this year’s tourney to be 25 percent smaller and spread out over three weeks. Competition in older divisions was moved to Sept. 24-27, and Leveille still hopes that part of the Summit can still take place.

“Obviously it’s been a wonderful run, and we’ve adapted as new information has unfolded,” said Leveille, who added he has been in constant contact with officials from the village of Lake Placid and the town of North Elba for the past few months. “We agree that the health and safety of the community come first. Due to this disease, a lot of things have changed. The question is how different will we do things and how will travel change going forward. We’ll come back from this disease. It’s going to be difficult and it will take some time.

“I’m still holding a glimmer of hope that teams will be playing in Lake Placid later in September,” he continued. “Events such as the Summit, they provide huge economic benefits for the area. We’ve been in a lot of communities where that’s the case. Our events are sustainable and reliable. The good thing for Lake Placid — its greatest assets are natural beauty and resiliency. It’s going to be a challenge for the communities who count on us, but they’ll survive. It’s just one bad year.”

Leveille went on to compliment the job local governments and organizations have done while attempting to plan a path forward.

“The community needs to know their leadership has been terrific,” he said. “They’ve put the community’s health, safety and welfare first and foremost. We’ve taken a big hit from this. Most of our income comes in June, July and August, and we’re we’re certainly hoping we can come back next year when times are more normal, whatever normal may be.”

Cam Moody, who is in his first year as the new director of the Can-Am Rugby Tournament, was 55 feet above the ground working on removing a dead birch tree Wednesday afternoon when he got word of the events canceled in Lake Placid. Moody, who has also been the president of the Can-Am for the past three years, said the tournament was also drawing up new plans to host the event as safely as possible. Specifics included halving the number of teams competing and moving games to just Saranac Lake. For the past several years, Can-Am Rugby has been played in Saranac Lake and Lake Placid with more than 100 teams from across the United States and Canada participating.

“I haven’t spoken to the board yet, but speaking on their behalf, it’s official. The tournament is canceled,” Moody said after returning to solid ground. “I’m heartbroken. I feel defeated, but I’ve kind of seen the writing on the wall for the past couple weeks. Without any guidance on if or when the new guidelines would be extended or relaxed, canceling the tournament is the right thing to do. Time was really becoming a factor.”

Moody said he’d send a mass email to all the teams that planned on playing in this year’s tournament, which was scheduled for July 31 to Aug. 2. He said some teams that decided not to come already have had their entry fee refunded, and others have rolled it over to reserve a spot in the tournament next year, which is what he hopes the majority of clubs will do.

“The best thing about this bad situation is the support we’ve received from these clubs from all over the country has been outstanding,” he said. “I have to say rugby players just want to play rugby. They’ve worked with us, they’ve been patient, and that’s something we appreciate. Rugby is a tight community, and everybody in the country knows about this tournament.”

Moody said although there won’t be any games taking place, he was upbeat that many ruggers still plan to travel to the Adirondacks around the same time this year.

“A lot of these guys, they come here and play three days of rugby and stay for 10,” Moody said. “It’s their summer vacation. Lots of players told me they’re coming whether or not the tournament takes place. They’ll be camping, hiking, out on the water. They love it up here.”

If the Ironman had been held on the rescheduled date of Aug. 30, it would have marked the 22nd straight summer the event took place in the region. The race here is the second-longest running Ironman event in North America, trailing only the annual World Championships held in Hawaii.

“Outdoor recreation has always been a pretty incredible tradition in the area, but that tradition also includes sport recreation, going back to the early 1900s with speedskating on Lake Flower,” said Jim McKenna, president of the Regional Office of Sustainable Tourism.