50 years and counting on the hardwoods 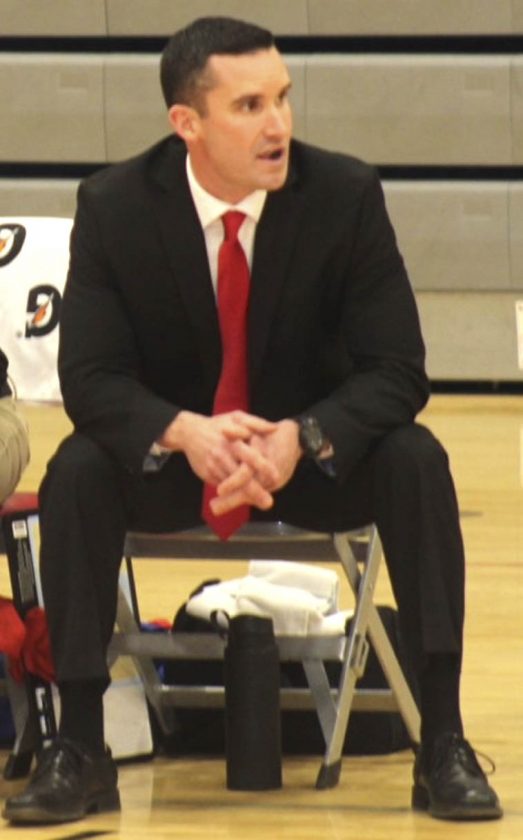 Beekmantown boys basketball head coach Ryan Converse watches the action when his team played a non-conference game this past February against Seton Catholic, which is coached by his father Larry. (Provided photo)

Seton Catholic boys basketball head coach Larry Converse watches the action when his team played a non-conference game this past February against Beekmantown, which was coached by his son Ryan. (Provided photo)

That saying fits perfectly for Larry and Ryan Converse.

The father-son duo has more than 50 years of combined coaching experience for boys varsity basketball in the North Country, and there’s no reason to think that total will stop rising.

Basketball isn’t just a game for the two. 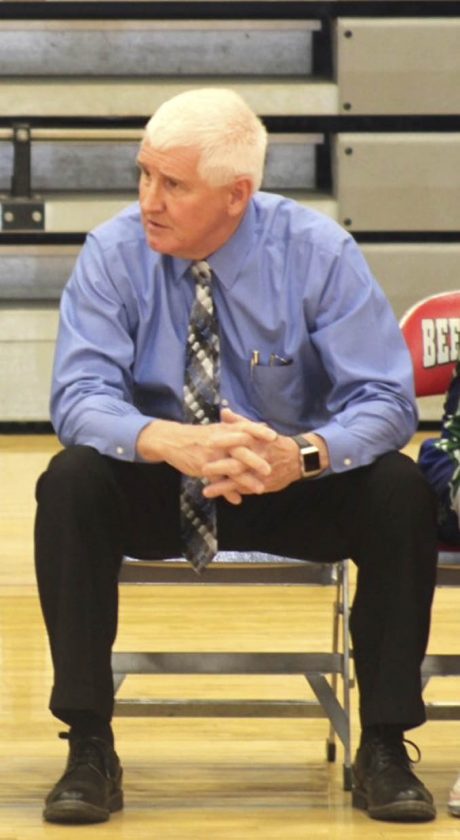 Seton Catholic boys basketball head coach Larry Converse watches the action when his team played a non-conference game this past February against Beekmantown, which was coached by his son Ryan. (Provided photo)

Larry got his first head coaching job in 1985 when he took the reins of the St. John’s program in Plattsburgh.

He continued to be the coach when St. John’s and MAI merged in 1989 and became Seton Catholic, and he still holds that spot today.

In addition, he served as volunteer assistants at Beekmantown (1984) and Plattsburgh State (1989-1995) and also contributed significant time to AAU and various camps throughout the years.

“Basketball is what I know more than anything else,” Larry said. “I like to teach the game. That’s why I like to go to practice. When I don’t want to go to practice anymore, I guess that’s when I know I will be done with coaching. I enjoy developing the kids because that’s all you can do. You have to work hard and get better.”

Growing up in a basketball family, Ryan credited his dad for getting him involved in a sport that has meant the world to him.

“My dad is the one that introduced me to the game back in the day,” Ryan said. “His love for the game and how much passion and time he spent on it over the years is what impresses me the most. Living in my house, basketball became contagious.”

Ryan played for his dad from 1994 to 1997 at Seton Catholic, and not too long after his playing days, he took over as the head coach of the Beekmantown varsity program in 2003 and has been in that role ever since.

“I learn something new every year when I am coaching,” Ryan said. “I try and be flexible because the game has changed since I started coaching. There is always a better way to do something and keep learning as you go, and that’s the approach I take as a coach.”

Some may consider the scenario a bit awkward when the two end up coaching against each other, but when Seton Catholic and Beekmantown face off, it’s just business as usual.

“It’s just competitive,” Larry said. “I want to beat him and he wants to beat me, and afterward, we go out to dinner.”

Whether it’s a game or scrimmage, the competition is always there between the two, but that never takes away from their connection as father and son.

“Even when one of us loses, we still go out to dinner,” Ryan said. “At times we are a little sour when we first get there, but we get over it. It’s good that we have never played a playoff game against one another, though. That may be rough.

“We are still trying to figure out what our record is against each other with games and scrimmages.”

The business-like approach the two use when coaching against each other nowadays compares to the approach they used when Ryan played for Larry.

There were moments that were tough, but ultimately, the happy memories are what stick out the most.

“When I was coaching him, I told him, ‘I am going to be harder on you than anyone on the team,'” Larry said.

“When we left the gym, we did not talk about basketball at home unless he brought something up. It’s hard to coach your own kid, but we did it together.”

Whether the practices were tough or the games resulted in a win or loss, all that mattered at the end of the day was family.

“One of the things that other people probably thought more so than my family was that it was hard for my dad to separate family and basketball, but when I was playing for him, we had to do that,” Ryan said.

“We tried to leave what we were doing on the court, and to be quite honest, that’s one of the things I try and do as a coach today.”

Ryan has learned plenty from his father when it comes to basketball. And whether it was his playing days or now his coaching days, he always knows he has someone to go to when he needs advice.

“In the early years, I kind of leaned on him a lot just for the day-to-day stuff,” Ryan said. “There were a lot of times where I would call late at night after a game or some time during the season and ask, ‘What do you think about this?’ or ‘What would you do?’ because I value his opinion.”

To watch his son follow in his footsteps to an extent and develop as a coach has been an enjoyable experience for Larry.

Whether it’s questions about personnel, plays or any other aspect to the game, he’s always willing to give advice.

“It’s enjoyable to watch Ryan coach because I never pushed him to coach,” Larry said. “Hopefully something I did throughout the years he enjoyed to make him want to do the same thing. You have to enjoy the kids to coach, and Ryan enjoys the kids.”

A lot of the advice Larry has to offer to his son comes from the countless hours he has spent in the gym.

“I have a lot of advice, but that’s just because I am the old guy in the room,” Larry said with a laugh.

Larry earned his 400th career victory this past February when his Knights took down Bolton, 66-26, marking a significant milestone for the longtime coach.

To him, the win was just a number, but the victory certainly represents the time and dedication he has put toward the game.

“He has been able to coach for so long and still loves it and is willing to put the time in,” Ryan said.

“That speaks volumes. He still wants to be part of the game. Not to poke fun at him, but he is no spring chicken anymore, but basketball has kept him young. I love that he is still doing it.”

With milestones come memories, and for Larry, there are plenty of them.

Many of his teams have made playoff runs, including his 2001-02 squad that reached the state final four, and he’s also had teams that have experienced some rough times.

In terms of standout moments, Larry recalled his 1993-94 squad, which had an average regular season at best.

A team that went 7-9 in conference play ended up taking home the Section VII Class B championship, however, with a 52-47 defeat of Beekmantown.

The sectional title was certainly a highlight, but the semifinal to get to the championship stands out more than anything else.

“We were slated to play PHS, and they beat us by, like, 40 twice that season,” Larry said. “We played in Peru, and nobody expected it to be much of a game.”

“At the time, the team who won had to call in the game to the Press-Republican, so I called the game in, and nobody believed me. I had to really convince them that we won the game. I think it may have been John Coryer who took the call.”

Wins like the ones in 1994 are moments that are part of Larry’s legacy, but it’s not the wins that matter most in his eye.

“At the end of the day, it’s not about the wins and losses,” Larry said. “What I am going to remember the most is the number of kids that have gone through our program and put the time and effort in to get better.”

Many may wonder when Larry will call it a career, but to this point, there’s no end in sight.

As for Ryan, who is continuing Larry’s legacy and simultaneously making his own, the love of the game is what he said keeps him and his father both going.

“When you are coaching, you are doing more than just teaching the game,” Ryan said. “You are helping young men shape who they are and making sure they can improve in everything they do on and off the court.

“One of my biggest joys from coaching is getting to watch guys I coach play at the next level. It’s a sense of pride that you get to work with those kids and then see all of their hard work and dedication has paid off.”

Working each day with the individuals on their respective teams is what both consider the greatest parts about their role as a coach.

As time has passed, the game of basketball has evolved, and with change comes new opportunities.

But the chance to work with young adults and help them improve never goes away.

“You have to adapt with what you have for personnel every year,” Larry said. “I have a philosophy of what I would like to do, but sometimes you don’t have the kids to fit that philosophy and you have to change the things to fit the team you have.

“To me that’s what makes a good coach. Someone who looks at what they have for players and works with them instead of someone who tries to get players to acclimate to the system they have will always have more success.”