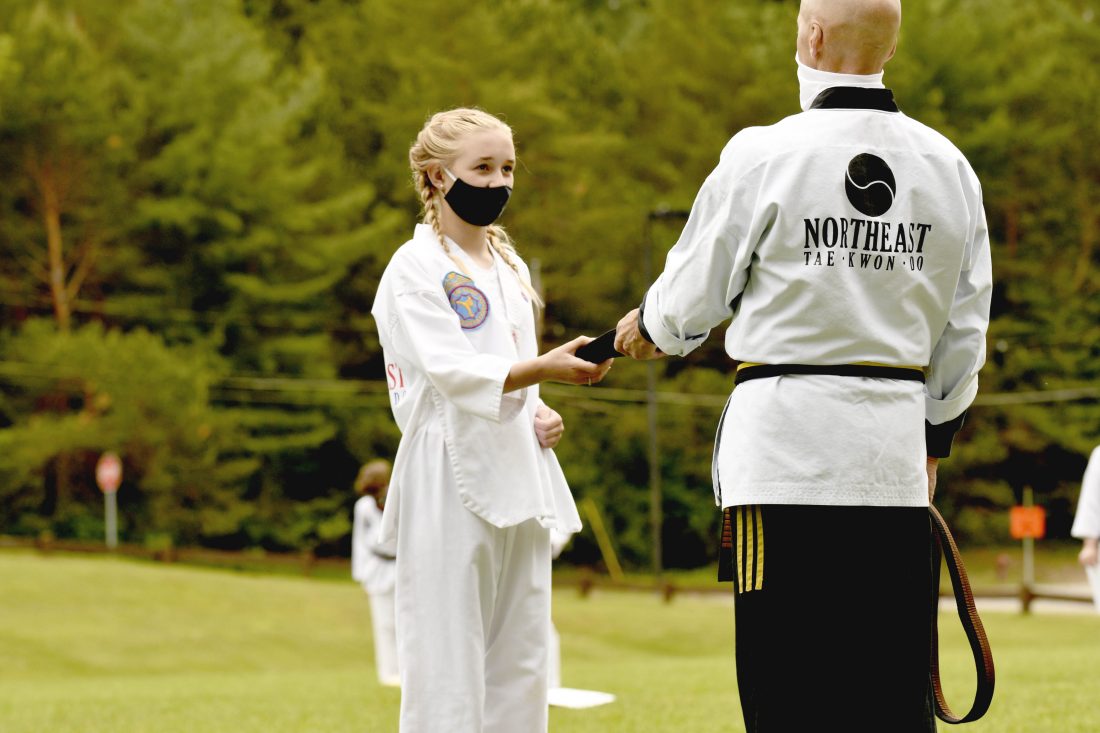 SARANAC LAKE — Grand Master Jon O’Kelly’s final day of being a Taekwondo instructor was one of his most memorable ones.

After a 35-year career of teaching the martial art, O’Kelly has retired. A Saranac Lake resident, O’Kelly opened the Northeast Taekwondo school in this village in Sept. 2016. On Saturday, he performed his final duty as the head of the school, promoting 19 local students to black belts during an outdoor ceremony held on the North Country Community College soccer field.

O’Kelly said all 19 who were promoted were original students of the Saranac Lake-based school when it opened nearly four years ago, and the youngest new black belt earner was 9-year-old Cole Davide. The ceremony was held on a chilly, damp day with plenty of space between the students, who all wore matching black facemasks that included an image of a martial artist.

The day began with testing and ended with the handing out of black belts and certificates. O’Kelly said he was especially impressed with the display by his students because the school has been shut down for three months due to the coronavirus pandemic.

“This black belt test was unlike any that I have ever seen, and I’ve see hundreds of them,” O’Kelly said. “There are a few that stick in your mind, and this was certainly one of them. We did it on that huge field outside, and the students’ performances were just amazing. 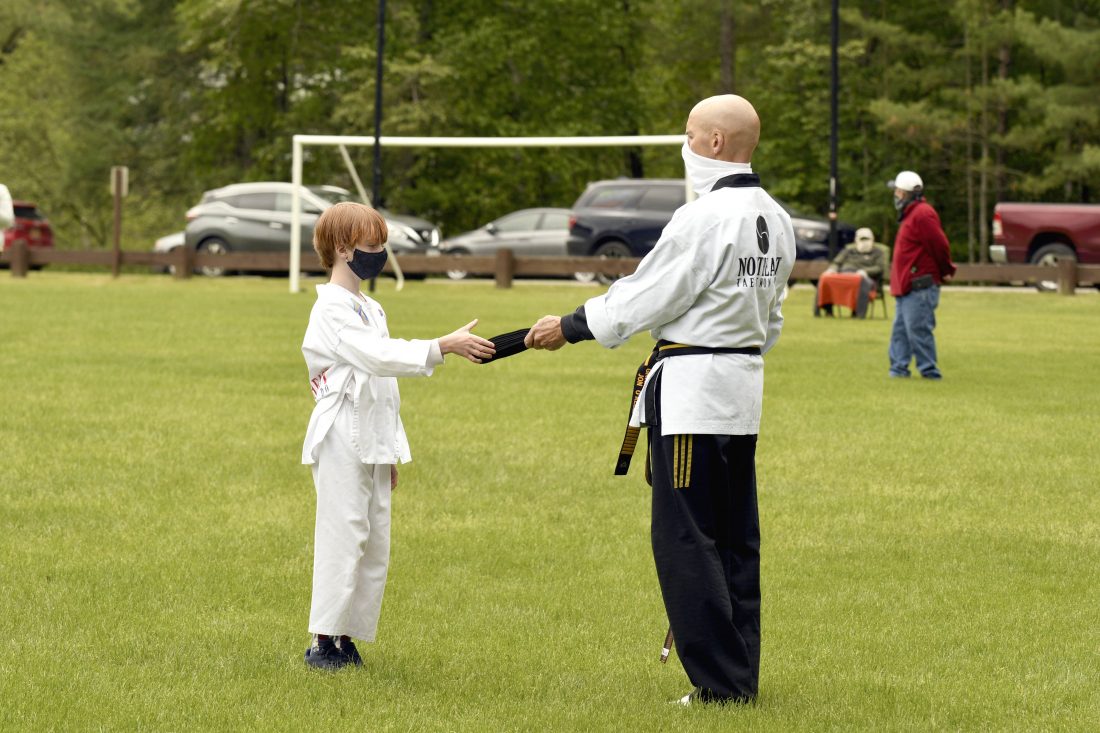 “I told them that the measure of their success was the fact that they were just there on a cold, rainy morning in June after not having a school for three months. The performance was exceptional. Promoting 19 students was pretty special in itself.”

Although O’Kelly has retired from teaching and the Northeast Taekwondo school in Saranac Lake is now closed, his school in Washington D.C will continue and plans to reopen once guidelines regarding the pandemic allow that to happen. O’Kelly said he won’t be teaching in D.C. anymore either but will continue administrative duties there.

O’Kelly lamented it’s unfortunate that the school closest to Saranac Lake is currently in Glens Falls, and hoped the students will continue their studies.

“Some of them right now are enjoying Zoom classes from D.C.,” he said.

“Right now, I have plenty of work with reopening in D.C. That’s the big thing on the plate right now, but I’m not going anywhere. Saranac Lake is our home. I have lots to do at my house and the list keeps getting longer. I’m not looking to start another career. I’m looking to take care of my house, my wife, my dog.”

O’Kelly said he’s really enjoyed teaching and has been fortunate to have such a great group of students.

“I’ve been 35 years teaching, and it was time,” he said. “I have promoted hundreds of black belts and thousands have come through the program. Saranac Lake was great. Northeast Taekwondo came here and was embraced by the students. They worked hard and they were dedicated.”

O’Kelly said he’s been overwhelmed by the well wishes from local parents and students.