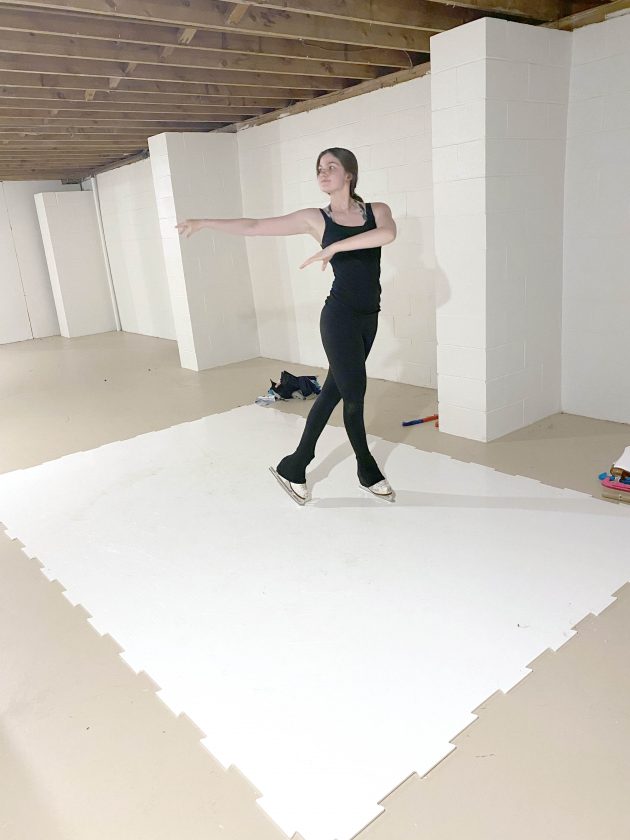 Anne Bennett skates on a Polyglide artificial ice surface in the basement of her home in Paul Smiths. (Photo provided)

LAKE PLACID — So many things have changed as a result of the COVID-19 pandemic sweeping the world.

With the required shutdowns of recreational facilities to curb the spread of the virus, and the cancellation of major sporting events including Lake Placid’s ECAC Hockey Championship and World Synchronized Championships this spring, things are certainly different. Since then, local skaters have found ways to adapt after the season ended abruptly in mid-March.

One of these skaters is Anne Bennett of Paul Smiths, who works and trains in Lake Placid. A member of World Figure Sport, Bennett trains under founder Karen Courtland Kelly. During normal times, Bennett can be found skating on one of the Olympic Center’s three surfaces.

We often skate together, and she also worked for the Olympic Regional Development Authority as a skate guard at the Olympic Oval over the past winter. But now, Bennett has moved from actual ice to simulated ice.

She purchased a Polyglide artificial ice surface during the middle of April. It is assembled with interlocking panels, much like rubber matting often found in rink locker rooms. It also often comes with a lubricating agent applied which has to be re-applied to maintain glide. Artificial ice is used in various settings where ice is too difficult to produce due to temperature or cost. For example, parades featuring skating floats like the Macy’s Thanksgiving Day parade have used such surfaces, as have stage shows like The Rockette’s Christmas Spectacular. But despite the ease with which participants appear to skate on the surface, it’s more challenging than it looks.

“I found the adjustment interesting,” Bennett said. “There was more resistance in the plastic ice than on normal ice.”

Having skated on this surface in December at a Christmas festival, I can certainly agree. I recall skating on the surface was much like skating on a plastic sheet. There was simultaneously less glide and more “slipping” off edges than on actual ice, where one can use knee bend and the resulting pressure to carve into the ice. Bennett agreed.

“It does not hold edges well,” she noted, which makes practicing figures, the practice of tracing precise patterns in the ice, almost impossible.

For the 2019 Overall Figures & Fancy Skating Junior World Champion, this is frustrating and makes training difficult. However, she can do gliding moves like inside spread eagles, although jumps and spins are still challenging. She is hopeful that when rinks reopen, she will be able to resume her training more consistently and with a more efficient medium.

“I want to get back to training for figures since the World Figure Sport & Fancy Skating Championships, and I plan to start jumping again,” she said.

In the meantime, she keeps busy weekdays working at Mr. Mikes Pizza, which involves “moving boxes that are sometimes twice my weight,” and she also bikes at least eight miles on weekends and practices off ice jumps to keep her technique. Until the rink is open, Bennett at least has access to a semblance of skating, however imperfect.

“I used to skate at least 2 hours 5 days a week when there was ice; now with Polyglide ice it is more spontaneous because I have it whenever I need it.”

An artificial skating surface isn’t the only way to practice skating without ice. Across the country, skaters of all ages and abilities have started using specially formatted roller skates to jump, spin, and glide. I am one of those skaters.

I have been skating for 23 years, and I am an ISU Adult International Champion in Masters Artistic skating. Right around this time I would have been in Germany competing in another adult competition, if it hadn’t been canceled. As a speed skater also, skating of any kind is very important to me, so like everyone else, I was going into skating withdrawal after a few weeks in quarantine.

I finally gave in and purchased a pair of roller skates in early April. It wasn’t easy. I had to adjust to the rocker placement on the wheels, which made me feel like I was consistently pitching back and forth. I also found out the hard way that any water on the surface would lead to a slip and fall.

But like everything else, practice makes perfect, and I started making progress. Just a few days ago, in fact, I landed an axel for the first time on roller skates — an easy move for me on the ice, but one which involves more skill on roller skates. Gliding and edges are getting easier, and I am getting to the point where I can finally skate without fear. I also practice off-ice jumps with my coach via Zoom, and have started landing jumps off-ice that I couldn’t complete on-ice.

The current situation has been difficult and painful in so many ways, but the silver lining to the pandemic is that it has made all of us alter our habits, re-evaluate our lives and do things differently. Months ago, none of us could envision a future in which our jobs and school would be remote, our favorite activities would be canceled, and we were required to stay at home. Now, as we face phased re-openings, let’s remember our resourcefulness, our responsibility, and kindness, and make a better world on and off the ice. 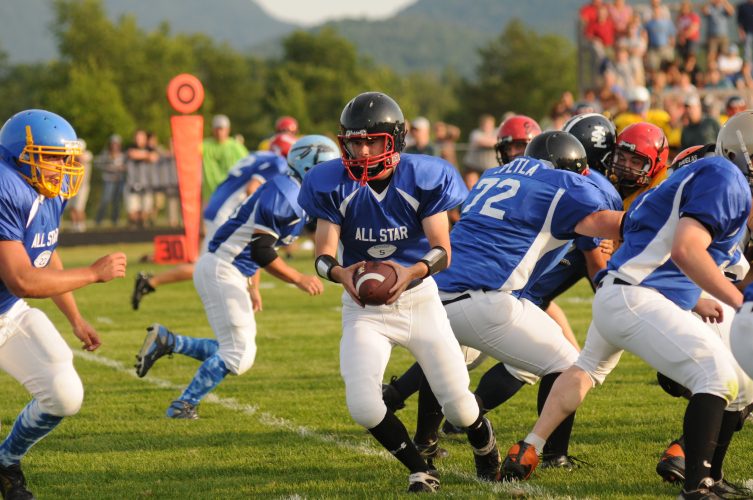 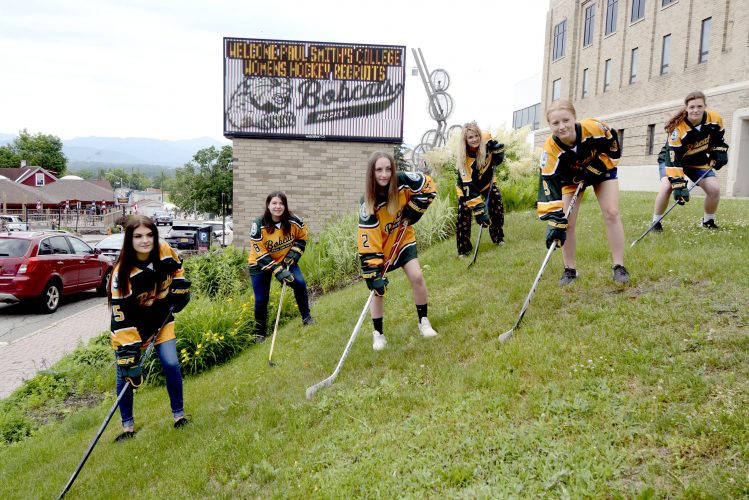 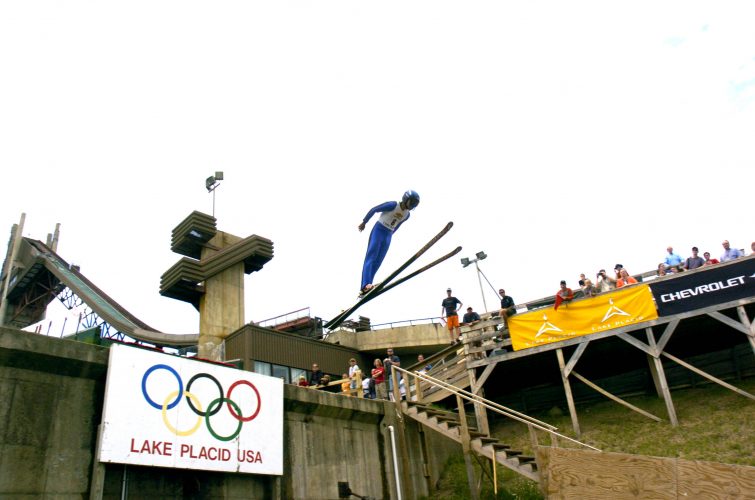