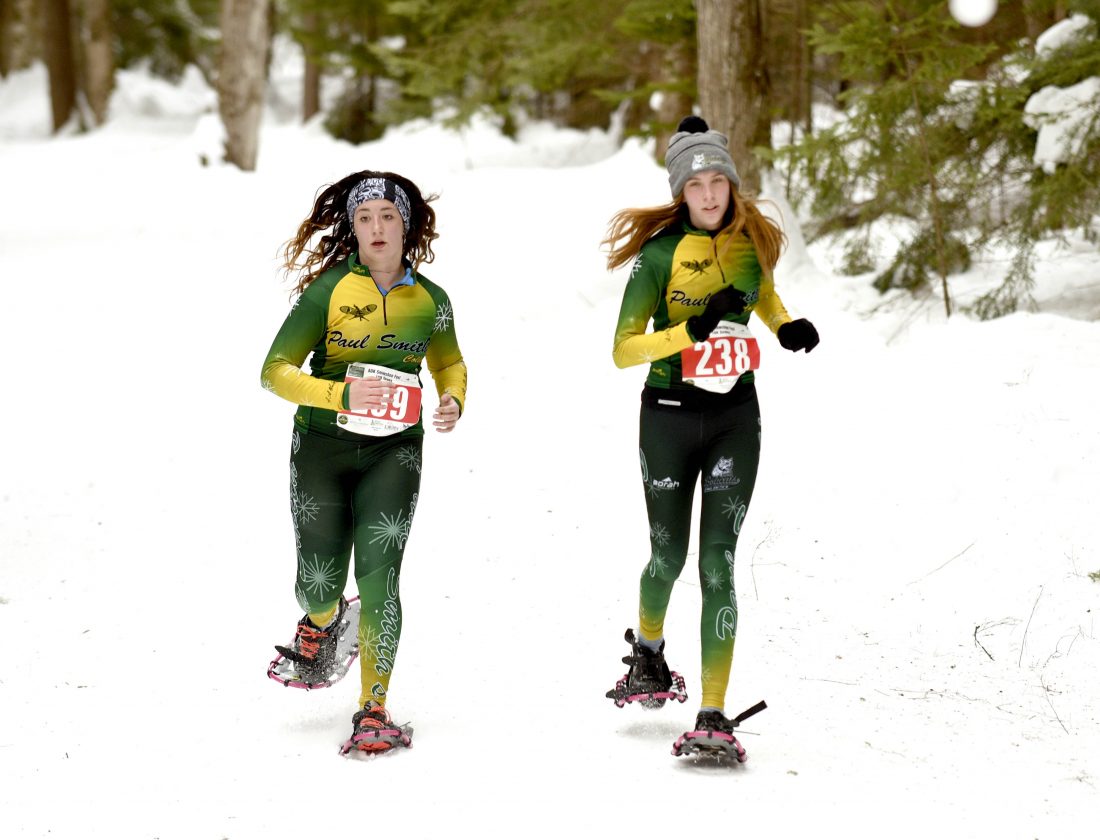 In one of the later college sports events that took place this winter, seven members of the Paul Smith’s Striders turned in solid performances at the 2020 National Snowshoe Championships in Leadville, Colorado.

The competition took place Feb. 28-March 1 on the campus of Colorado Mountain College at an elevation of 10,000 feet. It marked the first time in the 20-year history of the U.S. snowshoe national championship that a collegiate division was added, with six different schools being represented.

All seven Bobcats turned in top-10 or better results in three different races. 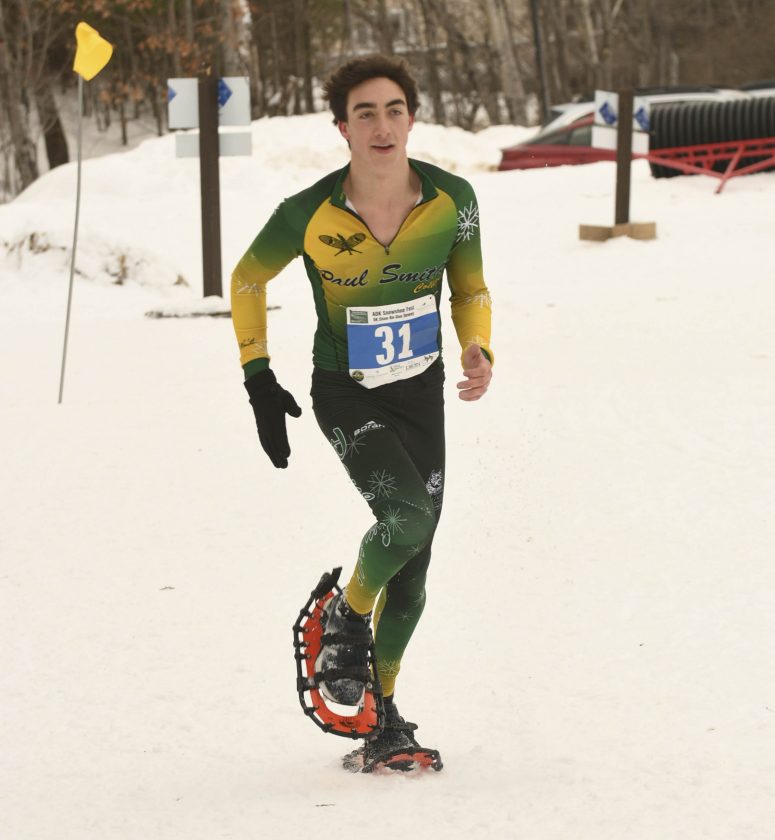 Bosloper, Montag, Finger and Sprott-Scribner each earned all-American honors based on the fifth-place or better results.

A key for team members of the Striders was being ready to compete at high altitude.

“There was no way I could truly acclimate to the altitude, but I tried to be active all semester before we left for Colorado, by doing races almost every weekend, as well as going hiking and to the gym on a regular basis,” Montag said. “It really helped to arrive in Colorado early to begin to get acclimated and do physical activity. We hiked a couple of days in the mountains when we arrived, and this helped me prepare mentally and physically for dealing with the elevation.”

“It is tough to keep your mind in control, when your body wants to run at the same pace you would back in the east, and the Colorado runners seem to be unaffected by the altitude,” Finger said.

“Zack felt confident going into the event, knowing he had solid performances in some 15K races,” Tucker said. “He was able to rely on his experience backpacking at high elevations in India to mentally prepare for the exertion and effort it takes to compete and work at such high elevations.”

In addition to dealing with the altitude in his 10k run, Frye was able to cope with blistered feet, incurred at an event two weeks earlier.

“Throughout the race, there were many times I wanted to just give up because of the pain I was going through,” admitted Frye. “Thoughts kept running through my head telling me to quit now and it will all be over. The thoughts that ran through my head sounded good at the time, but then I quickly realized that I wasn’t just doing this race for me. I was racing for my teammates, my coach, and my family. I didn’t want to let anyone down, so I pushed myself probably the hardest I ever pushed myself before to cross that finish line.”

All seven Bobcats received medals for finishing in the top-10 in each race.