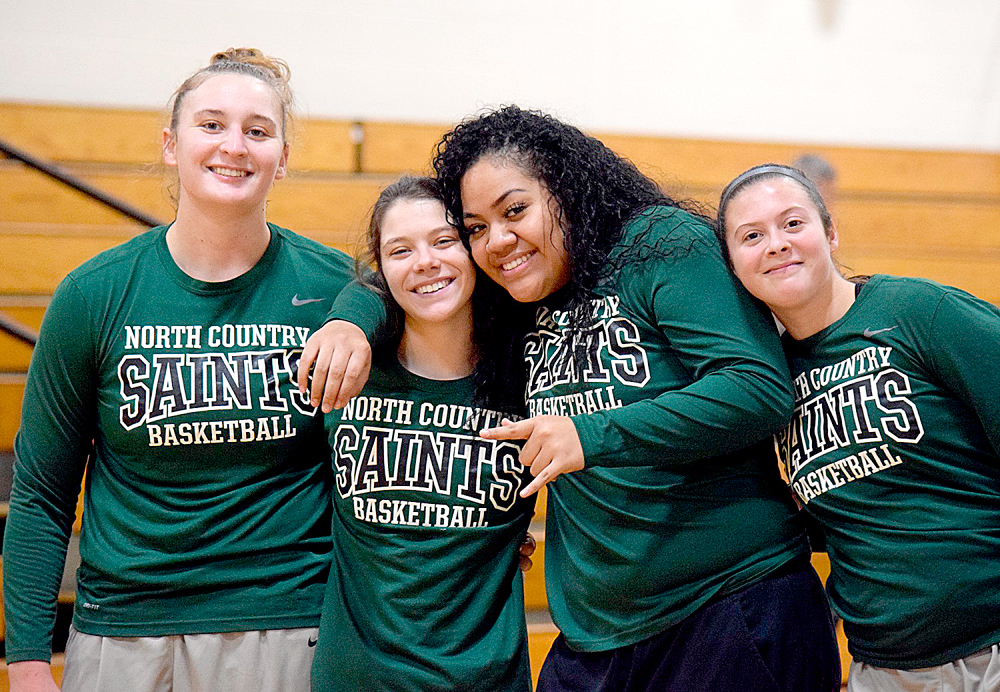 SARANAC LAKE — The North Country Community College’s women’s basketball team will get the chance to defend its NJCAA Region III title at home this weekend.

For the first time in the history of the college’s basketball program, the Saints will host the Region III final four at the Sparks Athletic Complex gymnasium. The top-seeded Saints (26-3) will battle fourth-seeded Mohawk Valley at 1 p.m. Saturday, followed by No. 2 Onondaga Community College squaring off against No. 3 Herkimer Community College at 3 p.m. The semifinal winners will then play for the Region III championship Sunday at 1 p.m.

Saints head coach Jerrad Dumont said this is a significant milestone for the college’s basketball program.

“It says that we have continued to build this program as a top program not only in the region but in the country,” he said.

Dumont encouraged the college community and the public to come out and enjoy the games, and show their support for the home team, this weekend.

“This will be the place to be if you want to see some of the best junior college women’s basketball in the country, as the top four teams in our region are ranked within the top 10 in the most recent NJCAA national poll,” Dumont said.

Meanwhile, the Saints men’s basketball team saw its season come to an end Tuesday. After posting an 83-61 victory over Columbia-Greene last Saturday to open the Region III playoffs, the Saints fell to top-seeded Mohawk Valley by a score of 122-85.