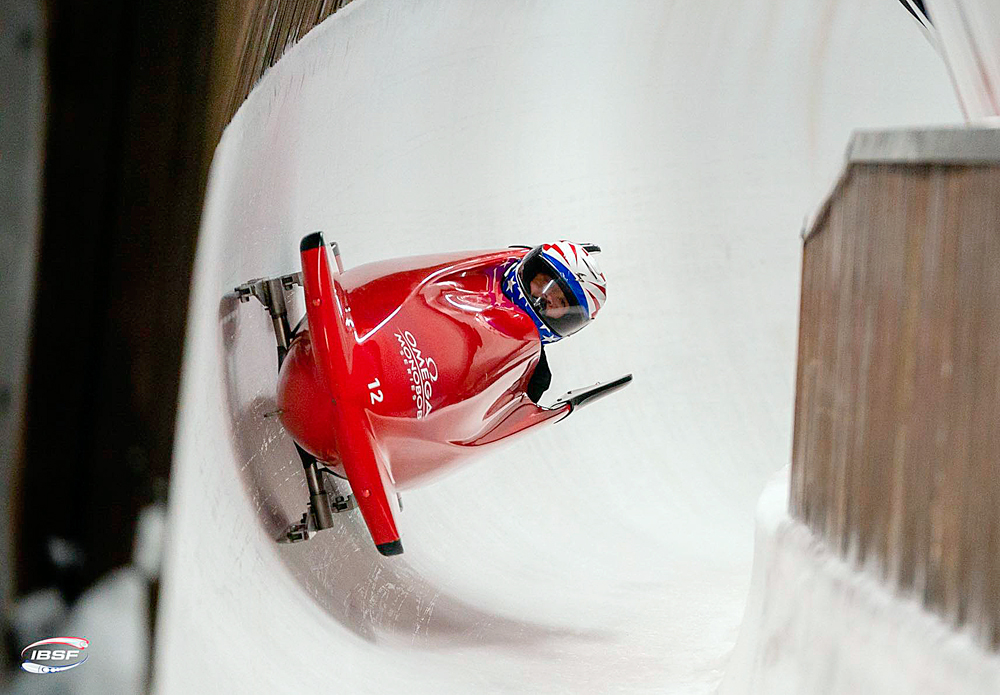 Will Castillo races to the bronze medal in the para-bobsleigh World Cup event in Oberhof, Germany in December. (Provided photo — Girts Kehris/IBSF

The 2019-2020 series began in early-December, in Lillehammer, Norway and has traveled through Oberhof, Germany and St. Moritz, Switzerland before returning to Lake Placid.

Para-Bobsleigh athletes compete on their own in specially designed “monobobs.” Both men and women race against each other. The athletes who slide Thursday and Friday will take two-race runs each day, trying to clock the fastest time down the mile-long chute.

Guillermo “Will” Castillo is the top American with 888 points in ninth place. He won his first career World Cup medal with a bronze in Oberhof, Germany on Dec. 13. Other ranked athletes from the U.S. team are Frederick Evans in 18th place with 418 points, Tammy Landeen with 384 points in 20th place and Sarah Frazier-Kim in 21st with 364. Steven Jacobo is 25th with 184 points. 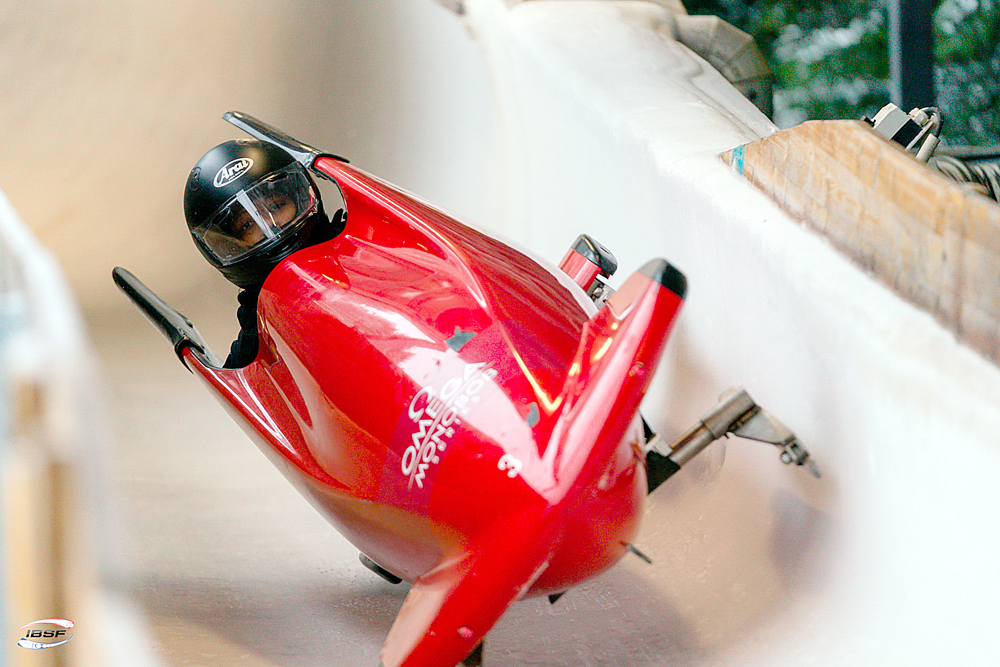 Racing on Thursday and Friday gets underway 10 a.m. both days. Admission at the gate for adults is $9, while a single-day ticket for juniors and seniors is $7. Children 6 and under are free.

Following Lake Placid, the series travels to Park City, Utah for the final two races of the season.