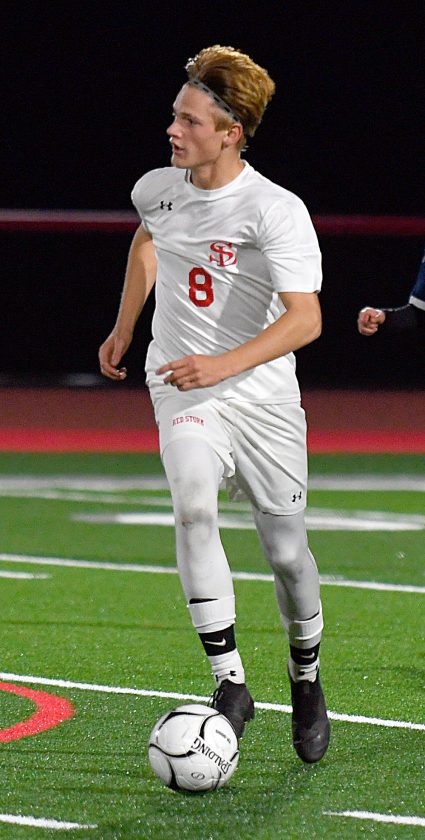 SARANAC LAKE — The Saranac Lake boys high school soccer team made history in November by claiming the first ever sectional championship for the program.

Although the Red Storm had a wealth of depth and talent during the 2019 season — and it took the effort by the entire squad to get the job done — three players in particular were honored for their outstanding campaigns.

The trio, who are all seniors, were named Northern Soccer League Division I all-stars. Nick Kelting and Camden Reiley were selected to the first team and Patrick Wamsganz was a second-team choice.

Josh Marlow, who passed on the varsity head coaching torch after six seasons, said his three all-stars were exceptional players, leaders and athletes. 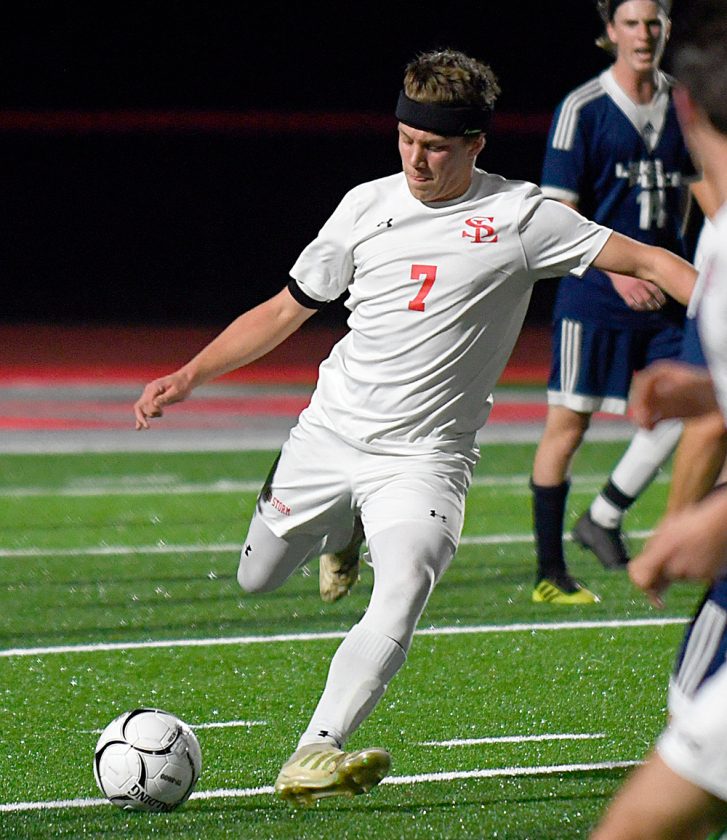 Kelting started the season at sweeper for the Red Storm and then moved to the left side of the back line in order to take advantage of his versatility as two-way player. Kelting shut opponents down defensively, and he was a big-time scoring threat at the other end of the pitch.

“We made that change three or four games into the season because of Nick’s ability to go up the field,” Marlow said. “He could move up that left wing and surprise people. The move paid off.”

“Nick is big, physical, fast and strong on the ball — a big solid kid and a great leader as well,” Marlow said. “He’s one of those players who you can put at any 10 positions, and he’d be the best player at that position on the team. He’s one of the best we’ve had at Saranac Lake in a long time.”

Marlow said when it comes to soccer smarts, Reiley was at the top of the list. After Kelting moved to the outside, Reiley took on the sweeper role to anchor a very tough Red Storm defensive group. 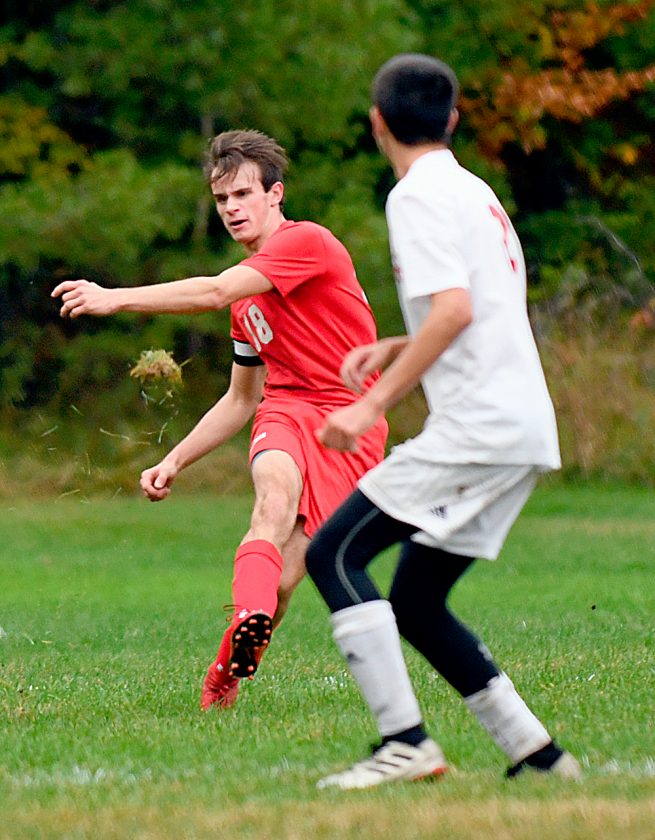 Although opposing attackers rarely got by Reiley, his biggest moment — the most memorable of his high school career — came in the Section VII, Class C championship match when he scored the winning goal to lift Saranac Lake to a 1-0 victory over rival Lake Placid. Reiley buried the shot from near midfield on a free kick.

“Cam had one goal this year and it was a huge goal,” Marlow said. “If you’re going to score one goal as a senior, what a great goal to go out on.

“As a sweeper, Cam sees the field as good as any one can, he’s got super soccer intelligence, he can be a great coach someday,” Marlow continued. “He’s not one of those flashy players, but he’s a player who does everything right.”

Like Kelting and Reiley, Wamsganz spent much of his high school soccer days as a defender, but ultimately found a home as a midfielder during the past season. Wamsganz was held without a goal in his final high school soccer season, but was still a constant threat to score. He finished the season with a pair of assists.

“Patrick is another extremely athletic, big, strong, fast kid,” Marlow said. “He’s got such good ball control skills so we decided to move him up for his senior year to midfield. He’s was by far, the best throw-in guy on our team. 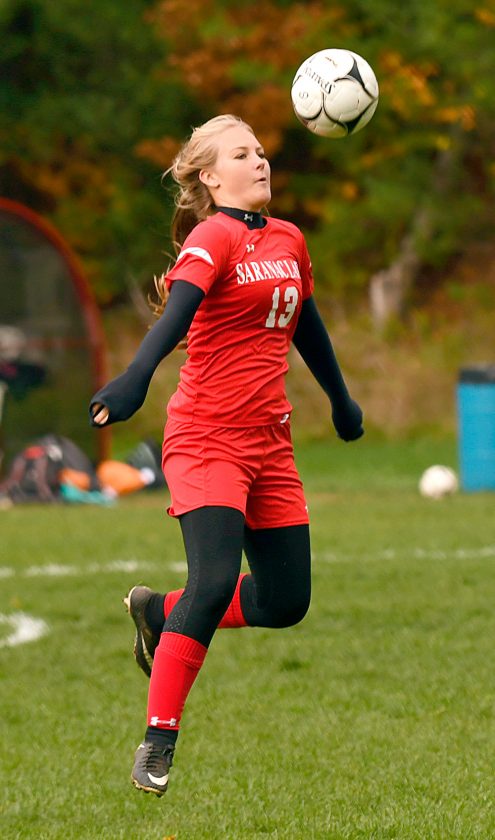 “Patrick was the hardest working kid on the team, he was a leader, he was a captain. Everyone on the team was looking at the number on his back. He was always out in front. You hear coaches talk about a kid’s engine. Patrick brought it every day. Every game, every practice.”

After six seasons of coaching, Marlow said he was extremely fortunate have the championship group he did as a send off. Next year, Brad Rafferty, who joined Marlow in the co-head coaching capacity in 2019, will take reins solo in 2020 with hopes to keep the Red Storm roll going.

“We had a great group,” Marlow said. “They worked hard, you couldn’t ask for anything else from them, and they delivered on a promise.”

There’s no doubt the Red Storm girls struggled while going winless on the soccer pitch in 2019. Although they had a tough run, head coach Emily Doyle-Schubert said her players made the most out of their chance to compete and added, “We did have some fun.”

Saranac Lake’s girls had one player receiving postseason honors as senior Annabelle Bombard-Schmidt was named to the NSL Division I girls second-team.